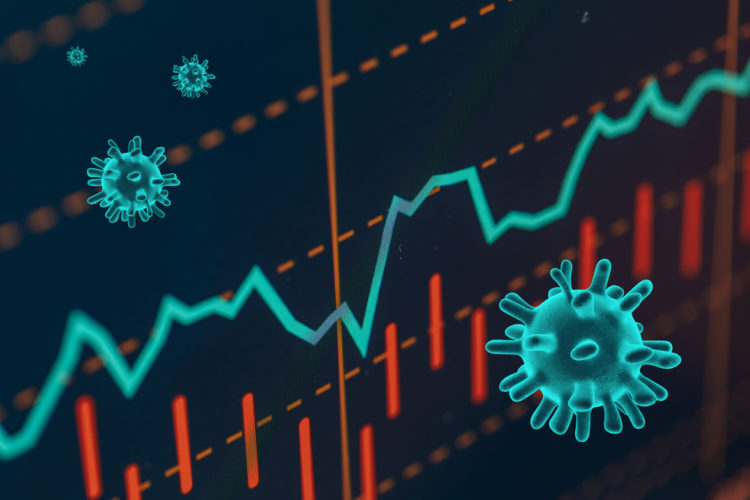 Novovax is a U.S.-based biotech company. Based on its name, interested individuals shouldn’t be surprised to learn that it specializes in the development of vaccines. However, Novovax isn’t a new thing. After all, it has been around since 1987. In short, Novovax was founded for the purpose of experimental vaccine development. As such, it has worked on a number of vaccines over the course of its existence. To name examples, Novovax has worked on vaccines for Ebola, influenza, and respiratory synctial virus. However, it doesn’t have a very good record when it comes to the commercialization of vaccines for the simple reason that it has never managed to commercialize a single one of its vaccines as of the earlier half of 2021.

Why Has Novovax Become a Topic of Interest?

Under those circumstances, interested individuals might wonder why Novovax’s name has shown up in the news. After all, there are a lot of companies out there. As a result, if something starts getting mentioned out of nowhere, chances are very good that there is some kind of reason for that. In this case, Novovax’s name has shown up in the news because it has a COVID-19 vaccine code-named NVX-CoV2373. On its own, this wouldn’t be very interesting. Most people should be capable of naming one or two companies with COVID-19 vaccines because this has been a much-discussed topic in world news for months and months. However, it is important to note that there are a lot more companies out there with a lot more COVID-19 vaccines. Instead, what makes Novovax’s COVID-19 vaccine stands out is that it is very promising.

For starters, interested individuals should know that Novovax’s COVID-19 vaccine is a protein subunit vaccine rather than a mRNA vaccine like those belonging to Pfizer and Moderna. This is important because this means that it can be stored at normal refrigerated temperatures of about 2 to 8 degrees Celsius rather than sub-zero refrigerated temperatures. That might not sound like much, but that makes the logistics of handling the vaccine much easier. Something that could prove critical when vaccinating people living in countries with poorer infrastructure as well as weaker institutions. Having said that, Novovax’s COVID-19 vaccine isn’t just catching the interest of such countries. After all, it has managed to catch the interest of a number of developed countries as well, most of which have already vaccinated most of their populations. This is because it showed a 90.4 percent efficacy at preventing symptomatic cases of COVID-19, which is critical for preventing deaths as well as other serious consequences.

On top of this, Novovax’s COVID-19 vaccine was tested against the Delta variant as well as other problematic variants. That is quite important, not just because the Delta variant is deadlier but also because the Delta variant is dominant in such a wide range of countries. Combined, it is no wonder that people have suddenly started paying attention to Novovax. Simply put, there is still a huge need for COVID-19 vaccines, which in turn, means that there is still a huge market for COVID-19 vaccines. This is particularly true if it turns out that people are going to need booster shots from time to time once we get more information about the immunity conferred by the COVID-19 vaccines that are already in use. If that is the case, said market for said vaccines could hang around for an even longer period of time. Something that could mean even more profits for the companies involved. Naturally, profit-making potential means investor interest.

Is Novovax a Good Choice for a Long-Term Investment?

Unfortunately, it is important to note that not everything promises to be smooth sailing for Novovax from this point forward. Its COVID-19 vaccine might be good. However, its production seems to be having issues. Just recently, the company applied to the WHO for the emergency listing of its COVID-19 vaccine, which makes it clear that it has been making progress in this regard. Still, it is telling that the company promised to make a regulatory submission in the United States in the third quarter of 2021 but winded up having to delay that to the fourth quarter of 2021. Apparently, there are issues with the company’s quality control. Something that hasn’t been helped by its lack of control over the companies that it is working with to get everything done. Regardless, Novovax has stumbled in this regard, it seems reasonable to say that it will have these matters ready at some point in the not too distant future even if it isn’t particularly familiar with such processes.

There is another issue, which would be the question of how much potential upside remains to Novovax stock. People have been attention to the company ever since its efforts to develop a COVID-19 vaccine started up. For proof, look no further than the fact that Novovax stock has seen something like a 5,000+ percent increase in value since early 2020. As such, there are a lot of investors who have already bet on the company being able to do well with its COVID-19 vaccine. Those who get involved now are effectively betting that Novovax stock could rise higher still, which may or may not be the case. Still, if interested individuals do want to get involved, they might want to do so sooner rather than later. Currently, there is still an element of uncertainty to the company’s future prospects. However, the closer that Novovax comes to selling its COVID-19 vaccine, the more that said factor will presumably be factored into its stock price. In turn, this presumably means less upward potential. As for Novovax’s other prospects, well, it is worth remembering that it has never commercialized anything else even though it has been around for quite a while. It now looks as though it will be benefiting from its ability to create a good COVID-19 vaccine. However, a pandemic such as this one doesn’t come around on a regular basis. As such, there is no guarantee that Novovax will be able to develop other successful products, which is assuming that this one will prove to be successful.