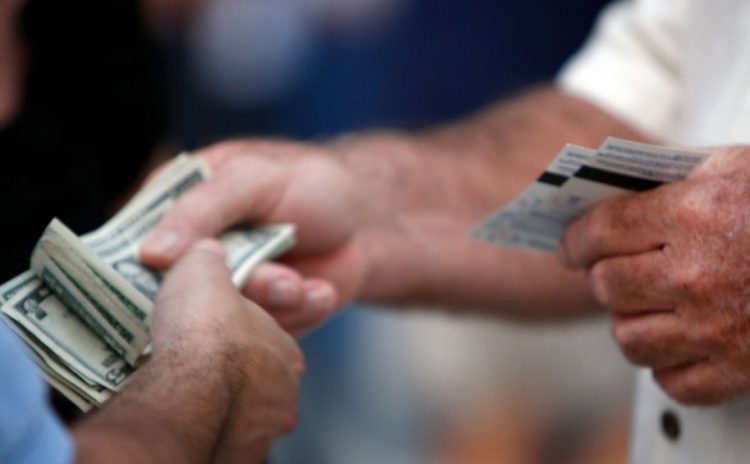 Ticket speculating, or scalping, is nothing new. It has been a problem since tickets have been sold to entertainment events. Basically, the scalper buys tickets he has no intention of actually using, then tries to resell them at a significant markup, pocketing the difference. Technology has made it easier to do this in vast bulk, increasing the profits the scalpers get, and increasing the frustration of people who genuinely want to see the show, by forcing them to pay more than they would normally have to. Here’s how the scalpers operate these days:

When tickets go on sale at major online ticket outlets like TicketMaster, scalpers use ‘bots (small computer programs, armed with instructions that are specific to the site they’re buying from) to log in and immediately purchase hundreds, if not thousands of prime tickets for the show. Precise numbers are hard to come by, of course, but in the United States, it is believed that ‘bots account for 90% of traffic on the TicketMaster site, and some 60% of the total ticket sales.

The ‘bots are pre-programmed with credit card information from hundreds of individuals, so to TicketMaster, it appears that hundreds of individuals have logged on to make purchases. The ‘bots have also been equipped with the ability to reliably get around the Captcha feature used by ticketing outlets, which is a step taken to ensure that the purchaser is, indeed, a human.

Once the tickets are safely in hand, the scalpers then turn to ticket resellers, like StubHub, TicketToad, and Just In Time Tickets, where they’ll offer their newly acquired tickets for sale at a significant markup. The exact markup depends on the popularity of the show. On average, customers wind up paying 49% more for tickets because of scalpers than they otherwise would, but for some especially popular shows, say, for example, a Beyoncé concert, or when the Pope visits, those tickets can be marked up by as much as a thousand percent! The problem has gotten so bad, in fact, that even tickets for shows by smaller acts are being scalped in large numbers.

What Makes It Illegal?

On the surface of it, even though it’s annoying, you might be wondering what, specifically, about that makes it illegal. There are actually two illegal activities occurring in cases like these. First, a license is required to be a reseller of concert and other types of tickets. Obviously, the scalpers don’t have a license, so they’re skirting the law on that front.

The second illegality though, is price collusion. In other words, because the scalpers are using third parties to resell their ill-gotten goods, they are, in fact, colluding with those parties to artificially inflate the ticket prices.

So far, there are few laws governing or regulating internet activity, but the day is coming when that will change, and many types of ‘bots, including those that are designed to fool a server into thinking they’re human, as these ‘bots are programmed to do, will no doubt be found to be illegal. Again, for the time being, that’s not the case, but it’s easy to see how and why such programs would be among the first targets as laws are crafted to better govern the internet. That is considered by many industry insiders to be “low hanging fruit,” and an easy first choice to make.

There is some good news on that front, however. Recently, Eric Schneiderman, New York’s Attorney General announced that six ticket reselling outfits will have to collectively pay a hefty $2.7 million dollar settlement related to their scalping activity. Mr. Schneiderman also promised that additional action would be taken soon, and that a judgement against other companies was in the works.

While this announcement mostly impacts New Yorkers in a positive way, it’s clear that law enforcement officials are finally getting serious about cracking down on automated ticket scalping, and New York’s recent announcement will serve as a template for other areas of the country where the problem is rampant.

No one should be under the illusion that the recent progress in New York will spell the end of ticket scalping. As mentioned, it has been an ongoing problem since the sale of tickets for shows first began. What these recent moves do suggest, however, is that whereas ticket scalping used to be considered safe, easy money for those who engaged in it, things just got a lot more complicated (and expensive). That alone may cause a few players to simply drop out and stop doing it. 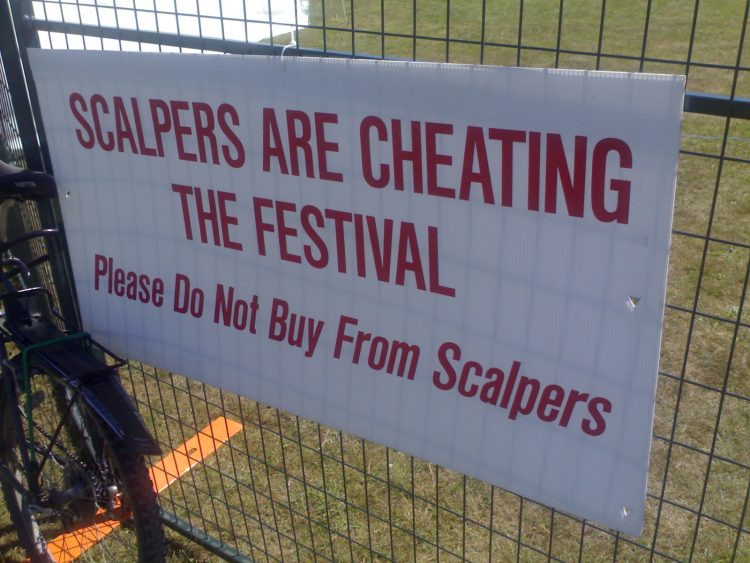 Some enterprising individuals have caught onto the game, and have even created their own personal ‘bots to go head to head with the scalpers. These individuals aren’t interested in buying more tickets than they plan to personally use, they just want to have a shot at getting a ticket to their favorite show, period.

In fact, there’s even a website devoted to selling ready made ‘bots to individuals for that purpose. Sites like “ticketbots.net” have been popping up in increasing number in recent months in a bid to get around the problem. Others have taken to hiring freelance programmers online to cook up their own, totally custom ‘bots for the same purpose. On average, you can expect to pay about $450 for such a program, which is not bad, if you’re a regular concert attendee.

This approach, however, is not recommended. With law enforcement cracking down on the big offenders, it would be all too easy to see a scenario where a well-meaning individual who just wanted to purchase tickets to an event for himself or his family got caught up in a sting designed to take down the major players who are abusing the system. It’s an innovative, clever solution to a rampant problem, but it could wind up costing you more than you realize. At the end of the day, it’s probably not worth the risk. Better by far to let law enforcement slowly bring the problem under control, then get back to buying your tickets the old fashioned way.

20 Things You Didn’t Know About ReCharge