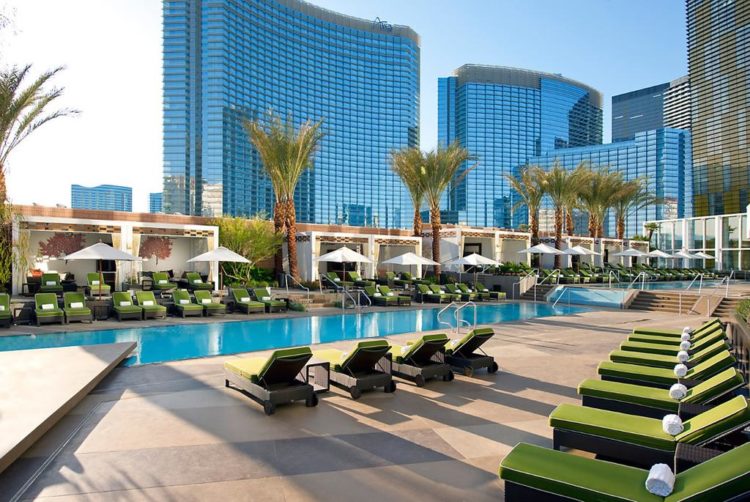 If you have a job that involves a lot of traveling, then you definitely understand the importance of having a good hotel to stay at during the few days you are in a new place. For those of us whose jobs involve being tied behind an office computer ninety percent of the year, we also know that having a good hotel during our vacations plays a vital role in how the whole trip will be. Nonetheless, there are so many hotels out there especially now that the holidays are just around the corner, that bring you very attractive offers that it becomes tricky to settle on the right one. Fortunately, there is a group of hotels you can never go wrong with and this is the Mandarin Oriental group of hotels. We have done a review of the top five Mandarin Oriental hotels in the United States to ensure that this holiday is the most memorable. Picking position one not only in Mandarin Oriental but also in Las Vegas in general and also number one in all Nevada Hotels is this piece of heaven on earth. With only 392 guest rooms, you ought to make your reservations early if you want to make memories on your next holiday. It has a serene environment and everything from the décor, the staff and even the overall design screams class and elegance. It has spacious rooms which feature a 42 inch TV screen, soaking tubs and a separate glass shower and high-speed internet and audio systems. It also has the best spa among all Mandarin hotels which has even been rated five stars by Forbes. You also dine on a diverse array of cuisines from Asia, French, and America which are made by the renowned chef Pierre Gagnaire. It has a plunge pool, two Jacuzzis and two pools on its eighth floor which allow you to enjoy an excellent view of the famous Las Vegas town while at the same time enjoying a glass of wine by the poolside or even in the Jacuzzi. If you have never been to New York, then there is no better way to get acquainted with this famous city than by starting off at the Mandarin Oriental hotel situated here. It bags position two on all the Mandarin Orientals, 15 among all New York Hotels, and 14 in Central New York. Its location speaks convenience as it lies on the upper floors of Time Warner center hence you are in a central position. That means you easily access the Lincoln center, the theater not forgetting the spectacular view of New York. There is 24-hour room service, and you dine on the best of American cuisines. The pool is family friendly and large enough for everyone and is on the 36th floor which practically means you are towering above the city and you get a breathtaking view of the city not to mention the beautiful Hudson River. Similar to the Mandarin Orientals on our top five mandarin oriental hotels in the world, you get spacious rooms with Asian décor and everything which you may need. Yoga, sauna, steam baths, massages are just but a few of the services you have access to through its spa. It’s ranked as third among all Mandarin hotels and sixth among the best hotels in Washington so you can be sure that you’re getting a bung that’s worth your bucks. The high ratings aren’t just for nothing as the Mandarin Oriental boasts high-end facilities and services to show for it. It prides itself over a spa which is said to be the best among all spas in America, and here you get vitality pools, sauna, an indoor heated swimming pool, steam room among many others which just help rejuvenate and soothe your troubles away. The empress range is quite a charmer, and here you are spoiled for choice with the diverse array of beverages, ranging from tea to wine. Each guest room has the Asian feel as it boasts the Feng Shui principles and to top it up has a spectacular view of the waterfront. I could go on and on about this Washington’s DC Mandarin hotel but let’s move on to the next hotel on our top five Mandarin Oriental hotels in the world.

Rated position 2 in all Miami hotels, 1 in downtown Miami, 17 in all Florida hotels and 4 in Mandarin Hotels, you can be sure that you will get value for your money and that the high ratings aren’t just for nothing. Situated on the shores of Brickell Key, you are woken up by the sound of the waves gently slapping the sea rocks and a spectacular view of the sun rays hitting the water through a private balcony. It makes you forget that you are somewhere in the busy Miami city with its serene ambiance. The staffs work around the clock to ensure that you are as comfy as you could possibly be while the spacious walk-in bathrooms with soaking tubs and a glass shower in each room make you own the world. HD TV’s and audio systems, trendy Asian décor, two eateries within the facility, a large pool and easy access to the Miami International Airport are just some of the things which come with the package. Ranking number five among all Mandarin hotels and number four in all Boston hotels, this five-star hotel is all you need to make you vacay complete. With about 148 rooms which take you to Asia with their interior décor and Asian art pieces, you feel as if you are at home with the level of hospitality from the staff. Also, similar to many Mandarin hotels do not just get employed overnight; instead they stay on board for so long that the next time you visit they will still be the same ones to serve you hence making your stay even more comfortable. Each room is spacious with an oversized bathtub, fast speed internet, HD Televisions sets and an audio system that beats the odd. Its location gives you a breathtaking view of Boston city and also direct access to the best shopping malls, the theater, the public garden and whole many other facilities around which make your stay even better. It is located six miles from the Boston Logan International airport which means you can quickly access it after you land and you do not have to drive miles and miles away just to get here.