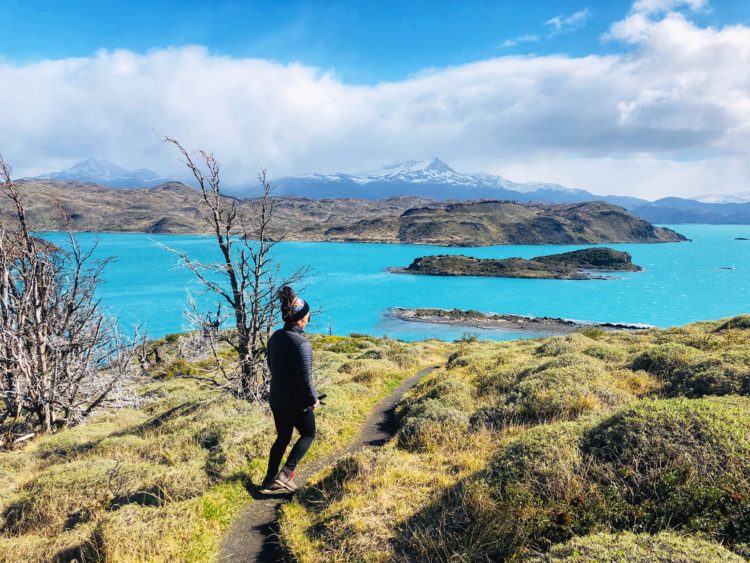 Patagonia. Mention the word to anyone and instant visual association occurs, evoking scenes of wild terrain, glaciers and an “end-of-the-world” exploration akin to the first adventures. Yet the Patagonia of today, while still formidably punishing to even the heartiest of travelers, has adapted itself in big ways and small to this 402,700 square-mile region covering both Argentina and Chile.

For those who want to live like the indigenous population – sadly eliminated by nature – there are plenty of camping grounds, but for those who want to spend their days exploring Patagonia while their nights encapsulated in a magnificent cocoon of luxury, Patagonia Camp itself is reason enough to visit. Yurts, akin to those in Mongolia, are stretched wide to hold a gloriously comfortable king bed, ultra-modern showers, a desk and a breath-taking view. All products were hand-made, shipped and carried in through a five-hour car ride from Puerta Natales … and even longer cargo ride from Santiago, Chile. Water, hot and plentiful, is made from melted glacier water and tastes better than any water on the planet. Of course, nothing tops the friendly service team and the incredible food from the kitchen (whatever you do, come one a night of the “Lamb and Mulled Wine roast”).

Whether you enter on the Chilean or Argentine side of Torres del Paine National Park, Los Torres, aka “The Towers,” stand as formidable anchors to one of the most challenging climbs in the world. For the novice hiker, four hours one way gets you to the base/basin of Los Torres as melted ice from a glacier forms a turquoise lake as clear as any you see in the Caribbean. Stop for a much needed rest and a picturesque lunch. Just make sure you don’t actually try and walk across the ice-covered lake!

Constantly eating, and constantly adorable, Guanacos are cousin to the Lama and are the essential spirit animal of Patagonia (countless souvenirs with Guanacos branded upon them). They are both wild and domesticated, raised for their soft wool skin. Guanacos roam freely throughout Torres del Paine National Park in packs of a mere few to literally hundreds. Enjoy other wildlife as well, including the rare Puma sighting – Puma’s only come out at night and are the Guanacos natural predators. 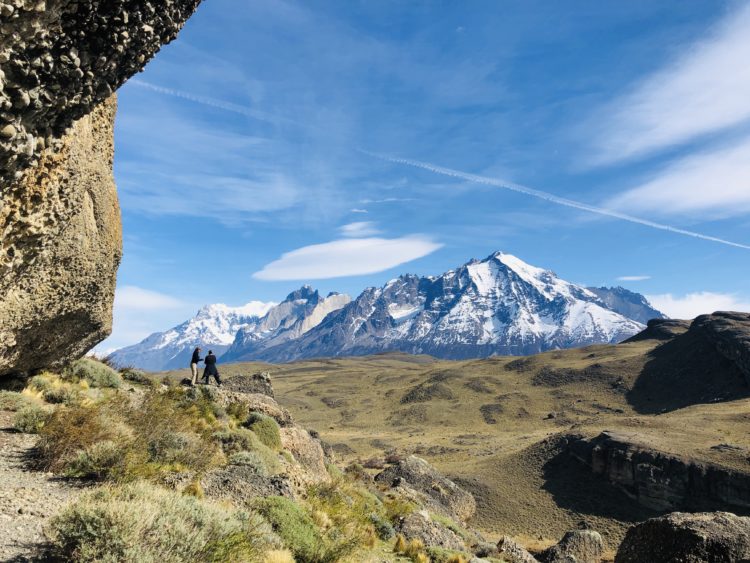 Surprisingly Chile has 80% of the world’s glaciers and of all of Chile’s vast glacier fields, Grey Glacier is the most famous. Located in the Southern Patagonian Icefield, the crevasse patterns of Grey Glacier are complex and actually the color grey. NASA has this super cool aerial field and explanation of the rugged crevasses. You can kayak up close and even (with a tour) walk across certain portions of it.

An Argentinean archipelago off the southern tip of Patagonia, if you land in Patagonia at Puenta Arenas then stopping here first makes sense. Enjoy this pop-off point to Antarctica and explore the penguins, elephants, seals, blue wales and sea lions. It will make you just like Ferdinand Magellan, Charles Darwin and even Sir Francis Drake. Formed by 6,000 years of waves crashing up, this marble cathedral is an enchanting turquoise erosion. Swirling colors of blue seem painted upon the rock, while the crystalline glacial water carries you through. Guided tours for safety purposes.

There are fearsome tales of wind in Patagonia and, no lie, it is a scary, brutally cold thing when it arrives. Walking around in it, the wind can blow hard enough to make a 6’5 man crumble to the ground (I saw it); however, when the weather is clear, the flawless sun makes you want to move to Patagonia. You can stand in Chile and see over to Argentina, with animals abundant and the smell of fresh air wafting over you. Build in an extra day or two to make-up for a potential lost day due to wind. At Patagonia Camp, their ideal recommendation is five days and four nights. 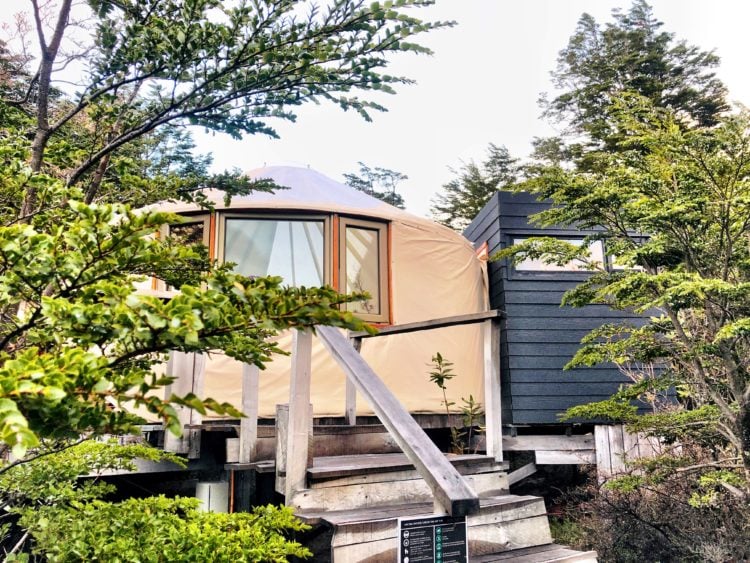 Famed chef Francis Mallman lives in Patagonia and his creative desire has amplified the pure food of this region. The exceptional team at Patagonia Camp, inspired by this legendary food pioneer, has some of the best meat you will find in Chile, and a strong dessert program, as does quaint restaurants in Puenta Arenas like Kau Lodge or start your journey at Hotel Rio Rubens for some Alfajores: two biscuits that are stuck together with manjar (a sweet spread made from boiled milk and sugar) and either coated with desiccated coconut or milk or white chocolate. Located in Southern Patagonia, abutted by the Andes, the Santa Cruz Plateau, and Argentino Lake, El Cafate’s ridiculously scenic views make it a perfect hub for day excursions like a glacier cruise or kayak adventure. Also, check out Laguna Nimez where you can see the striking Chilean Flamingos and the Centro de Interpretación Histórica for a run-down of the area’s natural history.

10. See the Condores with 360 degree views of Torres del Paine 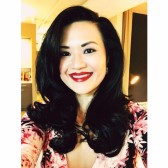