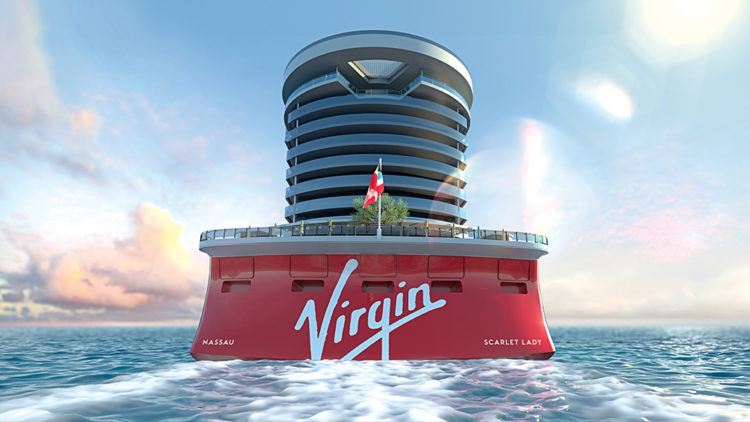 Throughout his career in the travel industry, Richard Branson has become known for leading the way in luxury transport and accommodation. From high-class air travel to stunning hotels, he has earned a reputation for going bigger and better than his competitors to offer unique and exciting experiences for his customers. While his brand his well-established in the aerospace and hotel industries, he has never been involved in sea travel. Now, he his making his first foray into this field as he is launching a new cruise line.

The billionaire claims that he has considered launching his own cruise line since he was in his twenties. He has waited until now to finally fulfill his dream and says he wants to shake up the industry. This may seem a strange ambition considering that the successful entrepreneur has never personally traveled on a cruise. 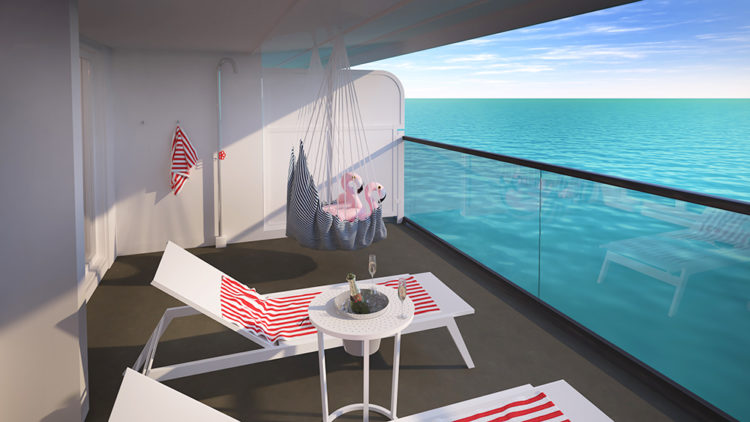 His new cruise line is called ‘Virgin Voyages’ and the plan is for it to stand apart from its competitors. The first way in which Branson plans to do this is for the ships to have a head-turning external appearance. Branson has chosen ships that have the appearance of a luxurious yacht so that passengers are wowed as soon as the ship sails into the port.

‘Scarlet Lady’ is the first vessel that will sail the waters and this ship is named after one of the earliest Virgin Atlantic planes. It is believed that the ship will make its maiden voyage in 2020 and will depart from Miami before sailing to the Caribbean. Along the way, passengers can enjoy trips to select itineraries, including Cuba.

Of course, the locations visited are only part of the overall experience as the time spent on the ship are just as important when enjoying a cruise. With this in mind, Branson hired various top designers for the public spaces on the ship. These included Roman and Williams along with Tom Dixon’s Design Research Studio. The public areas include more than 20 eateries, grooming salons, spa outlets, fitness centers, and entertainment venues.

The adults-only cruise liner can carry 2,770 passengers, who will stay in the luxurious suites designed by Tom Dixon. These 79 suites are called RockStar Suites, and these have a retro-futuristic theme. The suites are individually named with just some of the names including Gorgeous, Massive, and Posh. Music plays an important part in the design of these rooms and they have features such as guitars, vinyls, and gold-plated record players. This reflects the musical history of Branson and the Virgin Group. There are plenty more perks for guests staying in the suites to enjoy during the cruise. These include a wardrobe team who will assist with packing and unpacking and access to a personal coordinator. Their VIP status also means they will have exclusive entry to a members-only lounge on the top deck of the ship called Richard’s Rooftop.

The suites are available in eight different configurations, so there is plenty of choice for guests. They start at 352-square-feet and each suite features a balcony where the guests can enjoy the sea air and spectacular views across the ocean. Some of the balconies also feature an outdoor shower, which is an unusual luxury. 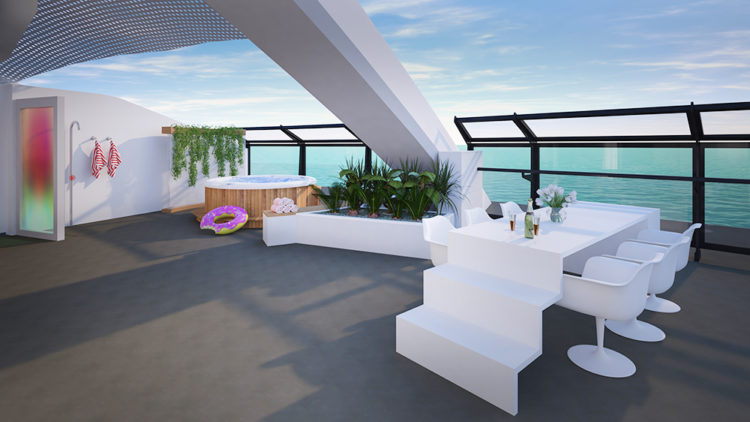 For those who want the best experience possible, the best suite available is the Massive Suite and this covers 2,147 square feet that can accommodate as many as six guests. There is a spacious living area, a large terrace, and a music room that you can convert into an extra bedroom if necessary. The terraced area boats a hot tub, a dining table, hammocks, catamaran nets, and hammocks.

It is well-documented that Richard Branson is environmentally conscious and likes to put measures in place to reduce the impact he has on the environment. This is evident at Necker Island, his private hideaway, where he has put many sustainability practices in place. The billionaire plans to continue to prioritize good environmental practices with Virgin Voyages. He is banning single-use plastic from his cruise line and he is determined to operate one of the cleanest and most environmentally-friendly cruise lines in the business. He has said he wants to ensure a healthy future for the Earth’s oceans so they remain beautiful places for people to enjoy in the years to come.