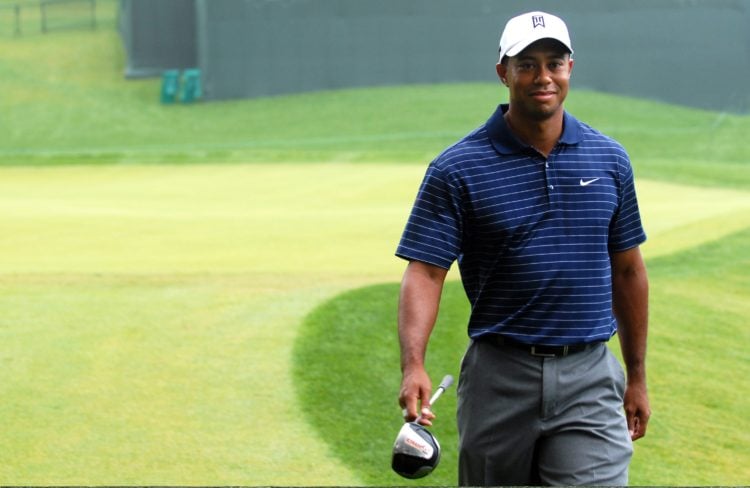 It’s not only business people that earn the big bucks these days. Increasingly, sportspeople are reporting some of the biggest salaries out there, with multi-million-dollar contracts, signings, and transfers popping up all over the fields of soccer, tennis, golf, and basketball. It’s not just on the pitch that sports stars are earning their money: big brands are only too aware of just how marketable certain athletes are, and are willing to lay down some serious money to get them to endorse their products. According to the latest information compiled by Forbes, the richest athlete in the world according to their earnings over the last year is worth a staggering $127 million. Interested in finding out who it is? Then keep reading.

At number 20 on our list of the world’s richest athletes is James Harden, a professional basketball player for the Houston Rockets of the NBA. Over the course of his career, Harden has enjoyed a reputation as one of the best players in the league, earning the title of NBA Most Valuable Player in 2018 and winning the All-NBA Team honors six times. In 2017, Harden extended his contract with the Rockets for a further 4 years and a mammoth $171 million. Additional sources of his wealth include a 13-year endorsement contract with Adidas worth a reported $200 million, and sponsorship deals with a range of partners such as BodyArmor and Kobe Bryant.

As the only golfer to (almost) match Tiger Wood’s golfing record, Phil Mickelson’s 44 PGA Tour events and five major championships wins have earned him $91 million in prize money since he turned professional in 1992. His off-course paychecks have earned him even more: according to Celebrity Life Cycle, his endorsements deals with the likes of Enbrel, Exxon Mobil, Amgen, Titleist, Ford, Rolex, Barclays, KPMG and Callaway have netted $45 million.

In April 2019, Mike Trout made history when he signed a 12-year contract with the Los Angeles Angels; at $426.5 million (which included a hefty $20 million signup bonus) the deal is the biggest in the history of North American team sports. The justification for such a massive figure is easy to see: among his many career highlights, Trout led the American League in wins above replacement in each of his first five full seasons, was named Sporting News’s “baseball’s best player” in 2016; and had the highest ISO of all MLB players in 2018.

With earnings of 50.6 million, Serbian Novak Djokovic ranks as one of the richest tennis players in the world. In addition to some seriously profitable endorsement deals (his sponsorship deal with Lacoste alone is worth 8 figures per year), he’s managed to earn more in prize money than any other player – $132 million so far.

According to Forbes, professional basketball player Russell Westbrook’s giant payday of $53.7 million breaks down as $35.7 million in salary/ winnings and $18 million in endorsements. True Religion Apparel, Nike, PepsiCo, and Samsung Electronics form the bulk of his sponsorship contracts, while his hefty salary is no doubt in line with his status as an eight-time All-Star and one of only two players in NBA history (the other being Oscar Robertson) to average a triple-double for a season.

Next up is the NFL linebacker, Khalil Mack. Last September, Mack was traded to the Chicago Bears for a six-year extension at $141 million, making Mack the highest-paid defense player in NFL history. The trade has not only done Mack’s salary the world of good, it’s also made him a very attractive proposition in the sponsorship market. Nike, New Era, Mack Trucks, and Panin have already locked him down in endorsement deals, given him a combined total of $1 million to add to his $54 million salary.

Until his 2019 loss to Andy Ruiz, Anthony Ross had held the title of heavyweight champion of the world for 4 consecutive years, earning him $45 million in winnings and $10 million in endorsement deals. His numerous sponsorship deals including highly profitable contracts with British Airways, Jaguar, Audemars Piguet, Hugo Boss, Beats Electronics, and Under Armour, among others.

Up next we have Lewis Hamilton, the most marketable Formula One driver of all time. After winning his fifth F1 title in 2018, Hamilton signed his most profitable contracts to date in 2019 (equating to $40 million per year). His numerous endorsements with the likes of Sony, Monster Energy, Police, Puma, Tommy Hilfiger, Bose, L’Oréal, Mercedes-Benz, and Police sunglasses add up to a massive $10 million, while his salary/ winnings average $45 million.

In April, Ben Roethlisberger signed to the Pittsburgh Steelers. His reward? A signing bonus of $37.5 million. Thanks to his stellar career with the NFL (he managed to win 2 Super Bowls in his first 5 years alone), he’s one of the most handsomely paid players in the game: since starting his career with the Steeler’s in 2004, he’s earned $230 million in salary, and pulled in a further $1 million in sponsorship deals with the likes of Panini, Fanatics, Nike, and Sprint.

With earnings of $63.9 million, Tiger Woods makes it to number 11 on our list. After a few years in the wilderness, Woods came back with a bang in 2018 when he won the Tour Championship. His win was swiftly followed up with success at The Masters in 2019 (giving him his first major title in 11 years). 2019 also saw Woods increase his fortune further with the release of his first line of signature clubs with TaylorMade. The line adds to a marketing portfolio that has earned Woods $1.4 billion in sponsorships since 1996.

Just scraping a pass into the top ten is NBA player, Kevin Durant. While the ten-time All-Star pulls in a hefty amount in salary and endorsement deals, he’s also made a significant amount in strategic investments. He currently owns several properties (including a restaurant) in Oklahoma City and has shares in companies including Postmates and investing app Acorns.

With earnings of $79.8 million, Stephen Curry ranks as the 9th richest athlete in the world. In addition to enjoying the highest salary in the NBA for the past 2 seasons, the two-time MVP also heads of his own company, SC30, which has successfully marked his investments, sponsorship deals and philanthropic activities for the past 2 years. His production company, Unanimous Media, meanwhile, has already released its first major movie with Sony Pictures, with more in the works.

A quick glance at LeBron James’ career highlights sheds a lot of light on what makes him one of the NBA’s richest players. Over the space of 16 years, James has won three NBA Finals MVP Awards, four NBA Most Valuable Player Awards, three NBA championships, been named NBA All-Star MVP three times, and been voted onto the All-NBA First Team twelve times and the All-Defensive First Team five times. His reward for his achievements includes $37.8 M in salary/ winnings, $42M in endorsements, and a total net worth of $89 million.

NFL hotshot Aaron Rodgers just sneaks ahead of LeBron James with a take home of $89.3 million. In August 2018, the Green Bay Packers quarterback signed a record-breaking four-year contract worth $134 million, pushing his 2019 base salary to $20 million. This adds to an equally impressive endorsement paycheck of $9M (current sponsors include Panini, Prevea Healthcare, Adidas, Bose, and State Farm), along with his earnings from a partnership in a $50 million venture and growth-stage fund with Roth Capital.

In 2018, Roger Federer became the oldest man in the history of tennis to claim the number 1 ranking, fully justifying his title as the greatest player of all time. Over the course of his career, Federer has won around $124 million in prize money: a significant figure in itself but one that’s dwarfed by the $86 million he’s made in endorsements deals with the likes of Credit Suisse, Mercedes-Benz, and Rolex. In 2018, he showed age hadn’t withered his appeal when he signed a $300 million, 10-year contract with Japanese apparel brand Uniqlo, cementing his status as the most marketable player in history.

In at number 4 is boxing legend Canelo Alvarez. Last year, streaming service DAZN guaranteed Alvarez’s status as one of the sport’s highest-paid figures when they locked in his next 11 fights for $365 million: the deal netted Alvarez $50 million for his first 2 fights, with the expectation being that he’ll earn a minimum of $35 million per fight going forward. With only 1 loss sustained over a professional career that’s taken in 55 fights, it’s easy to understand the 29-year-olds considerable appeal to sponsors.

Soccer superstar Neymar made his professional debut at the age of 17; 10 years later, he’s the third highest-paid soccer player in the world. After helping Brazilian club Santos to two successive Campeonato Paulista championships, a Copa do Brasil, and the 2011 Copa Libertadores, Neymar transferred to Barcelona, where he helped the team to victory at the continental treble of La Liga, the Copa del Rey, and the UEFA Champions League. His transfer from Barcelona to Paris Saint-Germain in 2017 ranks as the world’s most expensive transfer ever at $263 million. Ranked by Sportspro as the most marketable athlete in the world in 2012 and 2013 (hos current sponsors include Beats Electronics, DAZN, Electronic Arts, Gillette, Mastercard, McDonald’s, Nike, Red Bull, TCL), and by Time as one of the most influential people in the world in 2017, it’s plain to see the reason for his substantial net worth of $105 million.

As one of soccer’s most well-known names, even those of us with no interest in the game are probably aware of the legal troubles that have afflicted Cristiano Ronaldo in recent years. In 2017, he faced charges of tax evasion; a year later, he was hit with a 2-year suspended jail sentence and a fine of 16.8 million for failing to pay $15 million in tax between 2011 and 2014. Trouble struck again in 2017 when it emerged the Las Vegas Police Department was investigating allegations of rape against the star (the case has since been dropped). Despite the problems in his personal life, Ronaldo’s professional career has remained firmly on track; widely regarded as one of the greatest players of all time, he pulls in $65 million in salary and $55 million in endorsements

Regularly ranked as the best player in the world, Lionel Messi earns the title of the richest athlete in the world thanks to a giant $127 million in earnings. Unlike most players, Messi has spent his entire career with one club (Barcelona), but it’s clearly done him no harm in terms of either his professional career or his personal wealth. His current contract pays over $80 million annually, while his lifelong endorsement deal with Adidas (along with additional sponsorship deals with Gatorade, Huawei, Mastercard, and Pepsi) adds a very healthy $35 M to his total wealth. 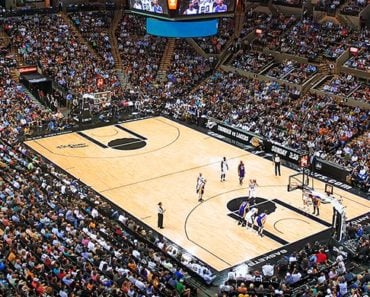 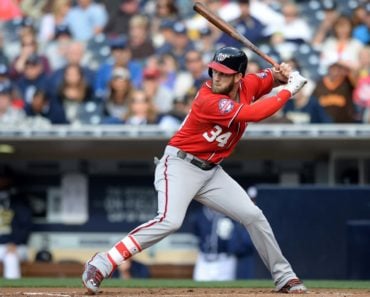 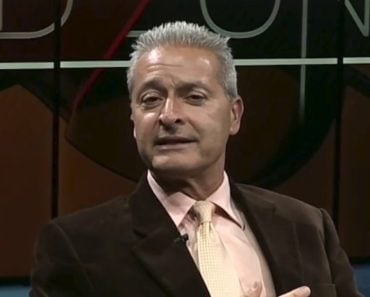 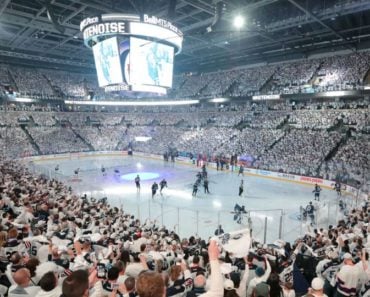 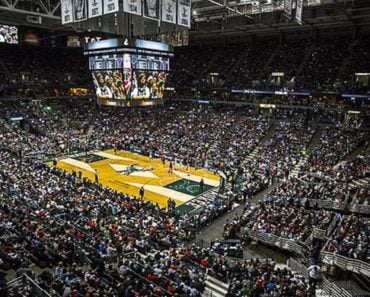 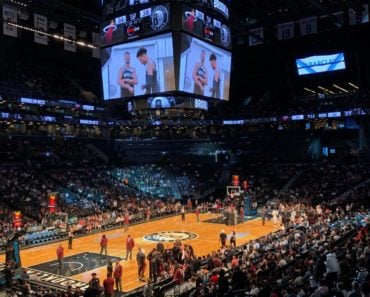