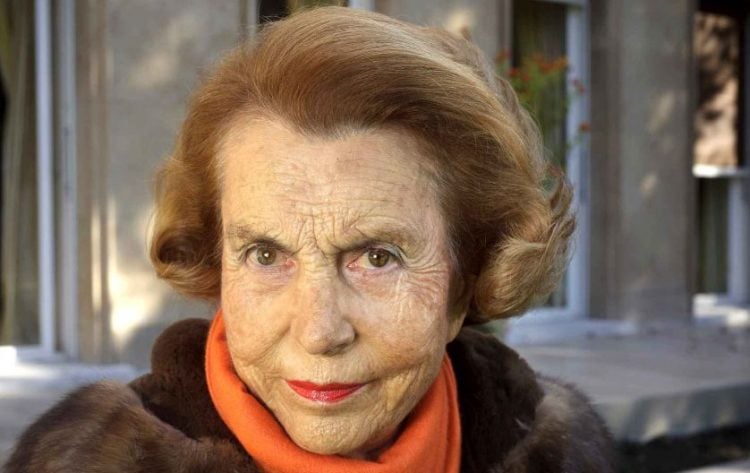 When it comes to wealth matters, men are often dominant in that department. In fact, only 10 percent of the world’s billionaires are female, representing a 1 percent drop from the previous year. Although 2016 was a rough year for some of the richest women in the world, it also had good tidings for others. 2015 recorded 197 female billionaires, but this number fell to 190 in 2016. Three former female billionaires returned to glory after falling below the $1 billion mark in the previous years, but unfortunately 31 fell below the $1 billion mark this year as well.

Massimiliana Landini Aleotti ranks as the tenth richest female billionaire in the world with a net worth of $11.6 billion as of February 2016. She is the widow of Alberto Aleotti, the founder of pharmaceutical giant Menarini. When Aleotti passed away in 2015, he left his entire fortune to his wife, Massimiliana Landini Aleotti, and their three children. Menarini is one of the leading drug companies in Italy and has over 14 manufacturing sites around the world. The company generated $3.6 billion in revenues in 2015.

Iris Fontbona comes ninth in the list with a net worth of $11 billion. She is the widow of mining magnate Andronico Luksic. Luksic made his wealth by mining copper in Chile and making beverages, and he left his entire fortunate to his wife and their three children after his death in 2005. Upon inheriting the business, Fontbona picked off where her husband left and continued to grow the company. Today, it is publicly traded on the London Stock Exchange. Fontbona and her two children also own a majority stake at the Chilean conglomerate Quinenco, which is active in industries such as energy, transportation, beverages, and banking.

Abigail Johnson is one of the most notable CEOs in the corporate world and the eighth richest female billionaire in 2016. She is the CEO of Fidelity, the second largest mutual fund company in the U.S. after Vanguard. She is the third Johnson to lead the company after her late father Edward Johnson, and she has worked her way from an analyst to the CEO since she joined in 1988. Abigail Johnson has a net worth of $13.3 billion, but Fidelity is estimated to have about $1.8 trillion in assets, making her one of the most powerful women in the corporate world.

Charlene de Carvalho-Heineken is the daughter and heiress of renowned brewer Freddy Heineken. She inherited a 25% stake at the giant brewing company Heineken 10 years ago after her father passed away, and she had been out of the spotlight until recently in 2014. Charlene de Carvalho-Heineken is credited with enhancing her father’s company, which she says is hard work. Nevertheless, it certainly pays off as she is worth $13.2 billion.

Laurence Powell Jobs is the widow of Apple founder Steve Jobs, and she very much shares his big ideas although toward a different direction. She is very well educated as she holds degrees from both Stanford University and University of Pennsylvania. She also has a passion for learning as illustrated by her two organizations: Emerson Collective and College track. These organizations focus on helping college students who are financially disadvantaged to make it through college. Laurene Powell Jobs is worth $17.6 billion, and she shares the fortunate with her three children.

Susanne Klatten is the fifth richest woman in the world and the richest in Germany, thanks to shares in a company that is envied by many. She is the heiress of Herbert and Johanna Quandt, and along with her brother, Stefan Quandt, she inherited almost 50% of BMW’s shares. She is also credited with being the force behind the evolution of Altana AG, a chemical corporation based in Germany, into one of the leading pharmaceutical and chemical companies in the region. Susanne Klatten is worth $19.9 billion and ranks 38 among all billionaires, both male and female, in 2016.

Maria Franca Fissolo may not be a household name, but one of her bestselling products, Nutella, is a must- have for many people. She is the widow of Michele Ferrero, the founder of Ferrero Group, which currently fortune to his wife and their son, Giovanni, after his death on 2015’s Valentine’s Day. Maria Franca Fissolo is worth $24.3 billion, is aged 98, and lives in Monaco.

Jacqueline Mars is the 18th richest person in the U.S. and the third richest woman in the world. She and her siblings are the heirs of Mars, Inc. a successful but secretive candy company based in Virginia. She and her siblings inherited the firm after their father, Forrest Sr, died in 1999. She is the chairwoman of the board. Jacqueline Mars is worth $26.9 billion and has two children.

Alice Walton is the only daughter of Sam Walton, the founder of Walmart. She inherited the multi-billion dollar company along with her two brothers when her father passed away, and her inheritance is valued at $32.3 billion. However, unlike her brothers, Alice Walton is not actively involved in running the company and instead focuses on collecting art. She is also a well-known philanthropist who has spent billions of dollars in aid to charity groups and the disadvantaged. Alice Walton is aged 67 and lives in Fort Worth, Texas.

The title of the richest woman in the world goes to Liliane Bettencourt, one of the faces behind the beauty company L’Oreal. She is the heiress of Eugene Schueller, who founded the company in 1907. However, she does not play an active role in the company as she is considered unfit to manage her affairs. Nevertheless, she owns a 33% stake of the beauty giants along with her children and grandchildren. Liliane Bettencourt is worth $39.1 billion, and she is considered the richest person in France and the 11th richest person in the world.