Home
Business
The 20 Richest Women in the World in 2019 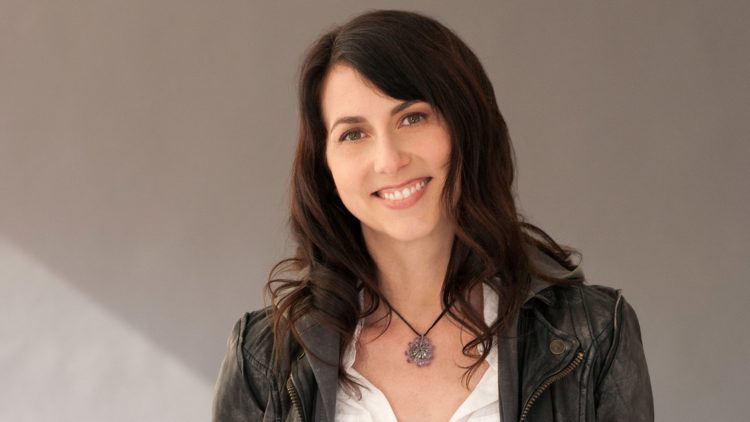 There are many reasons why a woman can become wealthy. Some have received money through inheritance, and others have made money through becoming successful entrepreneurs or from being leaders in their industry. While for some successful women their wealth simply allows them to enjoy financial security and a comfortable lifestyle, others have become some of the richest people in the world and have almost unimaginable wealth. Here are the 20 richest women in the world 2019, according to the Bloomberg Billionaires Index (and it varies from last year’s list).

Dannine Avara is one of the four siblings who became a billionaire following the death of Dan Duncan, the co-founder of Duncan Enterprises which later became Enterprise Products. Her sisters are Milane and Randa, while her brother is Scott Duncan. Enterprise Products is a pipeline company, so Avara makes money from the sales of pipelines. When Avara and her siblings inherited their father’s fortune, a state law meant that they were the first people to inherit billions without paying estate tax. Dannine Avar is now an investor. She is married and lives with her husband in Houston, Texas.

Randa Duncan Williams is another of the four siblings who inherited shares in Duncan Enterprises, now Enterprise Products, following the death of their father. She studied for a bachelor’s degree at Rice University, before receiving a JD from the University of Houston. She worked as a lawyer before joining the family company. Between 1994 and 2001, Randa Duncan Williams was the president and chief executive officer of Enterprise Products from 1994 to 2001. Following the death of her father, she inherited $3.1 billion. In her personal life, she is married and has one child. The family continues to live in Houston, Texas.

Vivien Chen is the richest woman in Hong Kong, says Forbes. It has not been an easy ride for Chen to stay on the list of women’s richest women. She was groomed to take over the family business for years by her father and finally did so in 2009 when her father became ill with Alzheimer’s disease. Her mother took her to court over a disagreement about how the assets should have been split between herself, Vivien, and another daughter. It wasn’t until June 2018 that Vivien was ordered to pay a billion dollars to her mother and sister. However, she still has enough wealth to rank in the 18th position on the list of the richest women in the world.

Celebrity Family describes Milane Duncan Frantz as part of the billionaire Duncan family. She took control of Duncan Enterprises after her father died. Duncan Enterprises sells pipeline for natural oil, gas, and petrochemicals. Milane’s two sisters and one brother also inherited some of the business from her father. Milane Duncan Frantz married Matthew J. Frantz in 2001. She changed the name of the business to Enterprise Product. She is the richest woman in Texas.

Christy Walton topped the list of the richest women in the world for many years, says Investopedia. However, an investigation revealed that she was worth significantly less than previously believed. She inherited stocks in Walmart when her husband, John Walton, died in 2005 in a tragic air accident. Most of his inheritance was left to their son Lukas Walton. Christy Walton still owns 12 percent of the shares in Walmart and she is also an investor.

Sherry Brydson is the granddaughter of Roy Thomson, who founded the Thomson Corp. in 1934. She is now the controlling shareholder in the company. In addition to her links with this company Brydson also owns Viking Air and Vista Radio through Westerkirk Capital. Brydson also holds the controlling stake in The Woodbridge Company, which is a private holding company based in Toronto that controls Thomson Reuters. She is one of the wealthiest people in Canada.

These four women are all part of the Mars family and they are each worth $9.3 billion and they each own an eight percent stake in Mars. The four sisters inherited their money and their share in the company following the death of their father, Forrest Mars Jr. in 2006.

Sara Mota de Larrea is the richest woman in Mexico, says The Richest. She inherited Grupo Mexico after her husband Jorge died in 1999. Prior to his death, her husband was known as the copper king of Mexico. Grupo Mexico predominantly mines copper and zinc. However, they have also acquired many other businesses and own the largest oil-drilling and railroad businesses in Mexico.

Abigail Johnson is the most influential woman in finance since taking over the top spot at Fidelity from her father, according to Boston Magazine. She is also the richest woman in Boston. Johnson is an incredibly driven woman who believes in hard work. However, she likes to stay out of the limelight and keeps her private life to herself. She is married to healthcare entrepreneur Christopher McKown and the couple owns a home near Brant Point Lighthouse.

Elaine Tettemer Marshall is a billionaire thanks to inheriting her husband’s estate. Following his death in 2006, Marshall and her two sons inherited a 16 percent beneficial interest in Koch Industries and Marshall is now on the board of directors of the company. Her husband’s shares were previously owned by his father J. Howard Marshall who is also known for marrying model Anna Nicole Smith.

Fortune describes Charlene de Carvalho-Heineken as a self-made heiress. Prior to her father’s death, she was a stay-at-home mother of five children who owned just one share in Heineken. When her father died in 2002, she inherited one quarter of the company’s stock and voting control of Heineken as she was her father’s sole heir. Despite having no business experience or formal education, she stepped up to steer the company. She uprooted her family life and traveled the globe so that she could learn everything possible about Heineken’s international operations. It paid off as she is now one of the richest women in the world.

Iris Fontbona is the wealthiest person in Chile. Her late husband, Antonio Andronico Luksic Abaroa, founded the Luksic Group, which is a drinks and mining organization. When he died in 2005, Fontbona inherited her husband’s organization, which she runs with her three children. She and her children also have control of Antofagasta, which is a mining company based in Santiago. She has managed to make a huge success of businesses in several fields since her husband died. This has involved her building businesses that include the biggest brewer in the world, the second biggest bank in Chile, the world’s largest shipping company, and the largest copper mine in the world.

Although Gina Rinehart is the richest woman in Australia, she doesn’t like being called an heiress, she told The Sydney Morning Herald. She did inherit her father’s estate, which was valued at around $75 million, but it is in public records that the estate was bankrupt. Gina Rinehart has worked hard to turn around the mining and extraction business’ fortunes. Therefore, she is a businesswoman and not an heiress. She now owns homes around the world and travels in a private jet.

Susanne Klatten was once known as Susanne Kant because she didn’t want people to treat her differently when people linked her surname to her wealth, according to Boss Hunting. When her parents died, she and her brother inherited 50 percent each to the chemicals company Atlanta AG. The siblings also own a 50 percent share of BMW between them. Not only is Klatten the seventh richest woman in the world, but she is also the richest woman in Germany.

Laurene Powell Jobs is the widow of Apple co-founder Steve Jobs. She is also a businesswoman and investor, who is involved in many different industries. As one of the richest women in the world, she has the privilege of spending her money on some pretty exciting things, including a multi-million dollar yacht and a Home in San Francisco valued at $16.5 million, says Business Insider.

Not only is Yang Huiyan the fifth richest woman in the world, but she is also the richest woman in China. She is the vice-chairman of Country Garden Holdings, a Chinese property developer. Yang Huiyan has enjoyed a significant increase in her wealth, which increased by $2 billion in the first few days of 2018 alone. Her father founded the company, but he transferred 70 percent of his holdings to his daughter before he took it public. Style says she now has a 57 percent stake in the company.

In January 2019, Jeff and Mackenzie Bezos announced their amicable divorce. As part of the settlement, Mackenzie Bezos will receive enough shares in Amazon to make her the fourth richest woman in the world. Her ex-husband is the founder of Amazon, and she is a former employee of the company.

Jacqueline Mars owns one-third of Mars, the world’s largest candy company, with her two brothers owning the other two thirds, says The Richest. It was Jacqueline’s grandfather, Frank Mars, who founded the company in 1911. Mars has since diversified from candy and now owns many other consumer brands.

Boss Hunting says that Alice Walton owns 6.7 million shares of Walmart and that the Walton family are the richest family in America. Alice Walton is the only daughter of Sam Walmart, who founded the Walmart brand. A large proportion of her wealth is in shares in Walmart. Apart from her links with Walmart, Walton is known for her philanthropic work. Not only is she the second wealthiest woman in the world, but she is also the 18th richest person overall.