Home
Net Worth
Who is the Richest YouTuber in 2020?
Prev Article Next Article 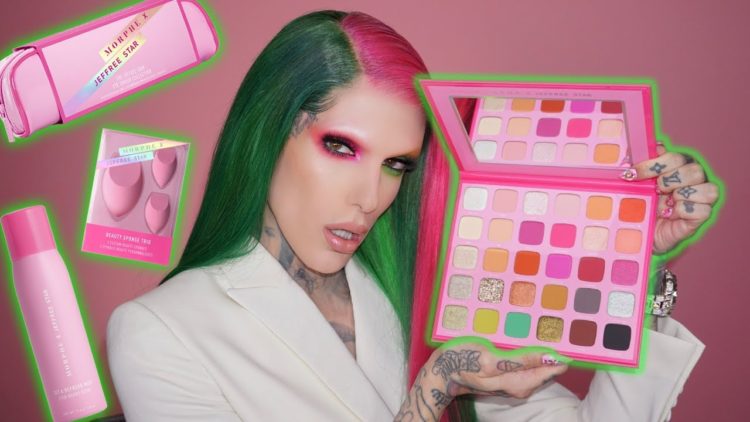 The Internet has opened up new ways for people to earn money, and posting vlogs on platforms like YouTube is just one way. While some people do this as a fun hobby, others achieve huge success on their YouTube channel and gain millions of followers. In turn, they then earn money through advertisement revenue and product endorsements. There are now YouTubers who are as wealthy as some of the top celebrities. Here is an overview of the richest YouTuber of 2020 and how they achieved their wealth, along with some information about other top-earning YouTubers.

According to Celebrity Net Worth, the top-earning YouTuber of 2020 is Jeffree Star. He is a YouTuber, entrepreneur, and singer. It is estimated that Jeffree Star’s net worth is $200 million.

How Did Jeffree Star Become So Wealthy?

Jeffree Star began his internet career in 2006 when he joined MySpace to further his music and career in fashion design. He then began using this platform for blogging about his life, and he also made social commentary on confidence, self-image, beauty, and fame. From the start, Star had many followers on MySpace, and some of his photoshoots would receive more than 50 thousand comments. At the same time, Star was developing his career in music, which had begun when he met Samantha Maloney, the Peaches drummer. Maloney encouraged Star to make music, and he became a pop and electronica vocalist. In 209, Star released ‘Beauty Killer,’ his only studio album. Although he has not released another album, he has done tours to promote his music.

Star’s career took a different turn in 2014 when he established an e-commerce makeup brand called Jeffree Star Cosmetics. He revealed in a docuseries that he was almost bankrupt when his music career ended, but he used what little savings he had left to start his cosmetics brand. It was launching his company that led to Star becoming a YouTube star. He used this platform to promote his products by posting makeup tutorial videos. The first product he promoted was a collection of velour liquid lipsticks, and he then began to sell eyeshadow palettes, highlighter palettes, and lip scrub. Star also expanded his range. Although the brand was initially sold only online, it is now available in some stores along the East Coast of the United States.

A large proportion of Jeffree Star’s wealth comes from the sales of his products. However, this is largely thanks to his promotional videos and makeup tutorials on YouTube. He has also earned a significant sum directly from YouTube. For example, in 2018, he made $18 million from YouTube alone. According to Cheat Sheet, Star was making $150 million a year from all sources in 2019.

In August 2020, the Jeffree Star YouTube channel had 17.4 million followers. His friendships with celebrities, such as Kat Von, is one of the reasons why he grew his following so quickly. Star is also a memorable personality, and he has become known for his hair, which frequently changes colors but is often shocking pink.

Star has also appeared on television and in a film. He has appeared in two episodes of ‘LA Ink,’ once in 2007 and then for a second time in 2011. In 2015, he played Victoria in the feature film ‘What Now.’ Two years later, Star appeared as himself in Shane Dawson’s podcast, ‘Shane and Friends. A year later, Star appeared in five episodes of the docu-series ‘The Secret World of Jeffree Star,’ followed by appearing in nine episodes of the docu-series ‘The Beautiful World of Jeffree Star’ a year later. Most recently, he made a guest appearance in ‘The Dish With Trish’ in 2020.

Jeffree Star was born in Los Angeles on November 15, 1985. After his father committed suicide, his mother raised him alone. Star was already experimenting with makeup when he was in junior high school. After he had graduated from high school, he had various jobs in music, modeming, and makeup. In his personal life, Jeffree Star’s boyfriend was Nathan Schwandt from 2015 to 2020.

PewDiePie, whose real name is Felix Kjellberg, has a net worth of $40 million. This figure makes him the second-richest YouTuber of 2020. It is worth noting that while Jeffree Star earned his money from various sources in addition to his online career, PewDiePie’s wealth is entirely from his status as an internet celebrity. He is a Swedish video game commentator, and he is known for referring to his followers as the ‘Bro Army,’ At the end of each of his videos, he performs a ‘Brofist.’

Other Wealthy YouTubers in 2020

Jeffree Star and PewDiePie are not the only people who have become very wealthy via their YouTube channels in 2020. Third on the list of the richest YouTubers is Daniel Middleton, also known as DanTDM. He is an English gamer and internet personality best known for covering video games, focusing on Minecraft, and he has won multiple awards. His net worth is estimated at $35 million, and his channel has more than 23 million subscribers as of August 2020.

Fourth on the list is Ryan Kaji, whose YouTube channel is Ryan’s Word, formerly Ryan ToysReview. He reviews toys with his mother, father, and twin sisters. Although he is still a child, Ryan now has a net worth of $32 million. Finally, the fifth highest-earning YouTuber is Dude Perfect, which is a sports and comedy entertainment brand. It is a group of YouTubers who run this channel, rather than an individual. The team consists of Coby and Cory Cotton, Tyler Toney, Garrett Hilbert, and Cody Jones. They were all roommates and basketball players when they attended Texas A&M University. They also have a television show, ‘The Dude Perfect Show,’ which airs on the CMT network.