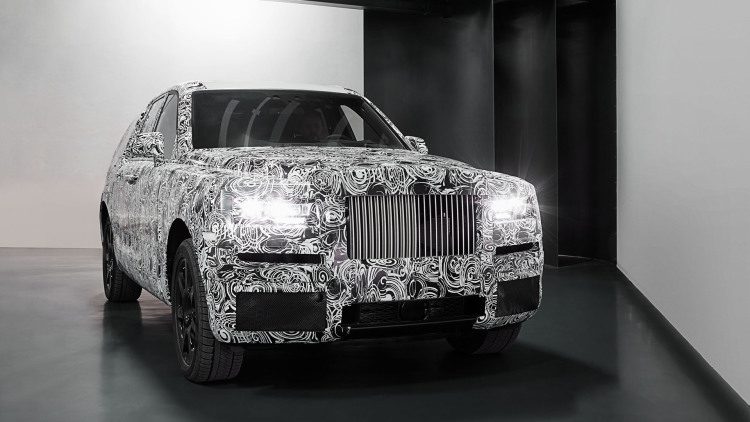 Famed British auto maker Rolls-Royce is back at the drawing board and they have a nice surprise brewing for the brand’s enthusiasts. Their most recent efforts have been going into Project Cullinan. It is the latest in a long line of ultra classy luxury vehicles and the rumor is that they are working on the ultra luxury SUV type. Yes, you heard it right. Rolls-Royce is entering the game with their version of the highly practical, yet typically luxurious high end answer to the Sports Utility class of vehicle. We were fortunate enough to get a sneak peek at their new prototype and it holds the promise of bringing style and elegance to the SUV market.

Here is what we can expect from project Cullinan.

Execs with the company have stated that the decision to develop an SUV is in response to customer demand. There is no good reason why all terrain vehicles cannot also sport a bit of luxury and elegance. People like to venture off road and they need a vehicle that is up for the task. This suggests that it is highly possible that we’ll see a rough and rugged framework and although they’re not really talking about detailed specifications yet, we can speculate that the suspension will be similar, at least in design to the tougher SUV models that we’re familiar with. The difference will be that Rolls Royce will under no circumstances cut back on luxury accoutrements with their creations. We fully expect that this luxury vehicle will sport a top of the line four wheel drive system, we just don’t know what that will look like yet.

This is the question that so many enthusiasts are asking. We have a few photos but we’re not convinced that this will truly be what rolls off of the production lines. Here is what we currently know about the design so far. The model we’ve seen is shown in a heavily swirled camouflage exterior. It has a wagon like look when examining the rear of the vehicle. Most of us are more interested in seeing how the front will appear. We’re looking for the typical Rolls-Royce style and it appears that we won’t be disappointed. The grille is still a prominent feature with trademark slatting along with the large headlights that we come to expect from the maker. The hood is long and this is another of the characteristics that we were hoping for. The mirrors perch on the top of more slender design factors to hold them firmly in place while adding a delicate ambiance and the top housings are still large following the tradition of the maker.

The camouflage paint is a nice touch to keep us off track. The strategy is much like hiding Christmas presents from an inquisitive child. They did let slip that it will feature a wagon body style with a conventional five door feature.

We’re assuming that the rear of the vehicle is beefy because after all, it is an SUV. It’s difficult to tell for sure because they’re not fully revealing this portion of their creation. The makers are good at tantalizing the public and we’re along for the ride.

Where are they at in the testing process?

Rolls Royce is planning to conduct their cold weather testing of the new SUV right after the Christmas holidays have passed. We’re hoping that this will allow for some better images that perhaps will reveal even more details of the car. Their plans include trials at the Arctic Circle. This won’t complete the process however. More testing will be done in the months to follow with hot weather testing slated for somewhere in the middle east when the temperatures warm up. It’s good to know that they’re exposing it to the rigors of the elements at their worst. It’s possible that more tweaking will be needed, depending upon the results that they get during the trial periods. At any rate, we’re hoping for some great spy photos that will give us more juicy tidbits about the details of the 2018 Rolls Royce SUV. 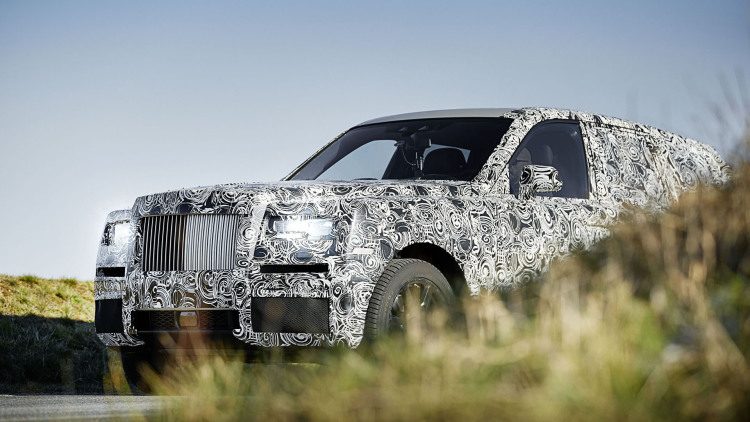 We’re not sure which will be rolled out first, but the company is also working on their new Phantom for 2018. We have not been given any indicators of which will become available first. We’ve heard rumors that both vehicles will be crafted with a space frame that features new aluminum materials. The new SUV is slated for release destinations in the middle east but precisely where has not yet been discussed. They’re playing most of their cards quite close to the vest.

Speculation about the specs

It would be nice to have some hint at what they’re planning to place under the hood. We imagine that it will be something that has the power to take this thing anywhere the driver wants to go and in good time. Bets are being made on the use of a V 12 motor as this seems to be the most logical choice for the power source. Speculation on whether or not hybridization of the vehicle will occur or not is also being made. We don’t now yet but it is generally assumed that plug in hybrid capacity will either be present upon the presentation of the vehicle or occur shortly thereafter. We’re keeping an ear to the ground on this one.

It’s an exciting time for Rolls Royce lovers and particularly those who enjoy a little off road fun. It’s not that anyone would intentionally drive their Rolls into an area that could present challenges for maintaining its beauty, but one never knows when the need for climbing a few hills or a little off the beaten path exploration may be inviting. From what we can tell right now, this beast is going to offer the capability for excellence both on and off traditional roadways. We’re making our best guesses as to just what the 2018 Rolls SUV will have to offer because this is all of the information that we currently have. We’re looking forward to more information in the months to come. Until then stay tuned and we’ll keep you informed as we learn more ourselves.