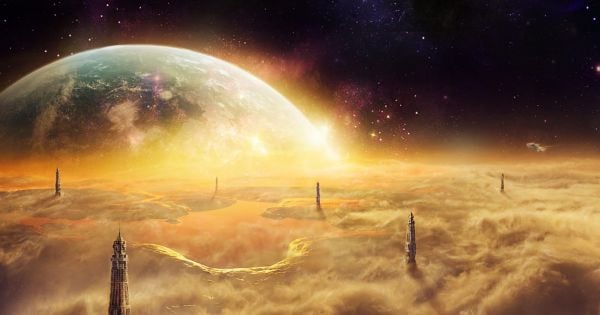 Terraforming is a concept that sees a fair amount of use in science fiction. In short, it is exactly what it sounds like, which is to say, transforming a planet so that it becomes Earth-like in nature. Something that is critical for it to be able to support human habitation.

After all, consider the challenges of colonization. First, colonists need to set up a functioning society, which is a challenge of nightmarish proportions even under the best of circumstances. Second, colonists need to set up a functioning society while operating under limited information, meaning that they could be blind-sided with ease by something unexpected. Third, colonists need to set up a functioning society while separated from their home society, meaning that they will have a hard time securing help should something come up. As a result, it is not uncommon for colonization efforts to face complete and utter disaster when luck turns against them, as shown by the example of Jamestown in what would become the state of Virginia losing most of its population in a single winter because of a combination of a poor harvest, hostile neighbors, and a unexpected hurricane sending the supply ship far off-course.

Why Is Terraforming Mars So Important?

Colonizing a place such as Mars would be even more challenging than colonization efforts on our own planet. In part, this is because Earth and Mars are separated by a distance so vast that it cannot be comprehended on an intuitive level. This is because even when the planets are at the closest points to one another, they are still separated by 54.6 million km. In contrast, when they are at the furthest points from one another, they are separated by the much greater distance of 225 million km. In other words, if something goes wrong with a Mars colony, the chances of help making it on time are not great.

However, that is not the biggest problem. Instead, that would be the fact that Mars doesn’t have a breathable atmosphere for humans. As a result, a Mars colony would have to be situated within an enclosed space, thus creating a whole new set of challenges for any would-be Mars colonists. Even worse, should something cause a breach in that enclosed space, that could have catastrophic consequences, thus resulting in complications upon complications.

Due to this, there are a lot of people who regard Mars as a poor choice for colonization, particularly since if people want to settle in a place where they will have to live in an enclosed space all of the time, there is still the option of the sea. However, there are also people who see potential in Mars, provided that it can be terraformed into something closer to Earth.

Of course, terraforming promises to be complicated, particularly it is purely theoretical for the time being. Furthermore, it should be noted that terraforming is not a single process but rather a collection of them. However, the concept is interesting enough to support plenty of speculation on the matter.

One excellent example is the potential use of cyanobacteria to generate oxygen on Mars. In short, cyanobacteria are simple but nonetheless remarkable creatures that can survive under extreme conditions, which is rather important for them to be able to make on Mars. However, what might be more interesting is the fact that they can generate oxygen by taking in CO2, which is a substance that can be found in relative abundance on Mars. On top of this, cyanobacteria is interesting in that it uses a special kind of chlorophyll that can photosynthesize using infrared radiation, thus making it even more capable of thriving under a wide range of circumstances. Combined, cyanobacteria might be able to provide a future Mars colonization effort with oxygen, thus making something nightmarishly challenging a little bit less so.

With that said, this is the sort of thing that could have unintended consequences. After all, introducing cyanobacteria to extraterrestrial environments isn’t something that we have done before, meaning that we have no real way of perfectly predicting the consequences. For that matter, even if introducing cyanobacteria proves to be a real solution, it won’t be seeing use anytime soon, not least because it is something that will require serious study in the times ahead.