Home
Travel
What Is Seatguru and Is It a Reliable App for Travel?
Prev Article Next Article 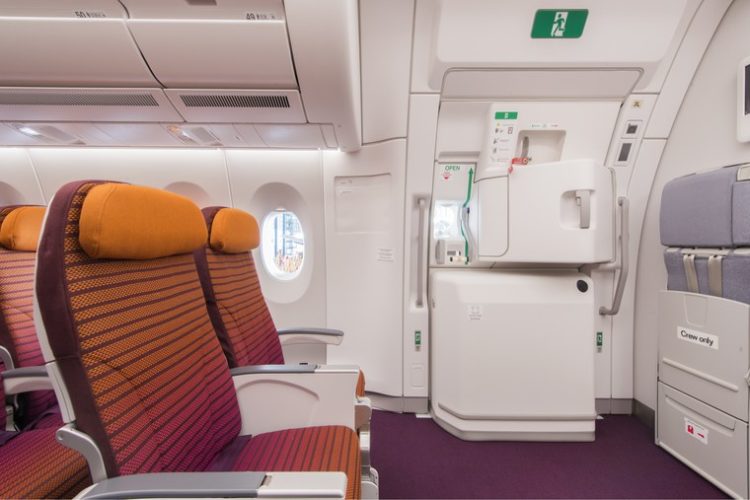 The place that a person chooses on a plane can have an enormous impact on their experience. For example, window seats provide their occupants with the chance to look out the windows, while aisle seats provide their occupants with convenient access to the washroom. In contrast, the middle seats are the worst of the three because their occupants are squeezed between their aisle and window counterparts. Likewise, there are some people who like the seats toward the back because they want to be the first to board the plane, whereas other people like the seats toward the front because they want to be the first to leave the plane. The whole thing is further complicated by the fact that different people have different preferences, meaning that a perfect seat for one person isn’t necessarily a perfect seat for the next.

As a result, it should come as no surprise to learn that there is a website called SeatGuru.com that helps interested individuals choose the right seat on a plane for them. In part, it serves this purpose by providing interested individuals with the seat plans of the planes that they are interested in, which can enable people to take in a lot of information in a more effective and more efficient manner than what text can manage on its own. However, it should also be noted that it provides seat reviews by other users as well as a color-coded system that separates seats into three simple categories for ease of processing. For those who are curious, the colors are Green for desirable seats, Red for not so desirable seats, and Yellow for seats that are alright but have some kind of caveat to them.

One excellent example of a Yellow seat would be a seat that is good in most respects but lacks leg room, which makes it a potential problem for people who are taller than average. On top of this, SeatGuru.com offers non-seat-related information of interest to its users, with examples ranging from a particular airline’s rules regarding pets to a particular airline’s rules regarding check-in and baggage. Summed up, SeatGuru.com is one of the numerous travel websites that sprung up in the late 1990s and early 2000s but have managed to hang on, meaning that it is more or less what most people would expect based on a short summary of its purpose.

Is SeatGuru a Reliable App for Travel?

The SeatGuru app provides much the same functions as the SeatGuru website but in a more convenient manner for people who make frequent use of their smartphones and other mobile devices. Unfortunately, it seems to have been hit by a significant number of user complaints in recent times, which is connected to a relatively recent update that made it more difficult for users to access information of interest in the manner to which they had become accustomed. The people behind SeatGuru have made an effort to glean usable information from the user complaints before attempting to implement fixes to improve the user experience, but considering how the user complaints continued to be posted for some time, it seems that their efforts were not as effective as they might have hoped. For that matter, the impact of a bad update isn’t the sort of thing that can be shaken off in a short period of time, as shown by the fact that SeatGuru’s user score is still not great at the moment. Something that won’t be helped by the fact that it actually does have direct competitors out there.

With that said, other people have brought up other problems with SeatGuru as well. For example, some sites have complained about SeatGuru’s U.S.-centered nature, which is something that can prove irritating for non-U.S. users who want an app that can accommodate their needs as well. Furthermore, there are others who outright called its basic accuracy into question, which is the sort of thing that raises serious alarms because if the app can’t serve its primary purpose, there is no real reason for interested individuals to stick to it. Summed up, interested individuals should give the SeatGuru app a chance for the sake of basic fairness, but they might want to keep an eye out for other options so that they can make a switch if they find the complaints applicable in their cases as well.