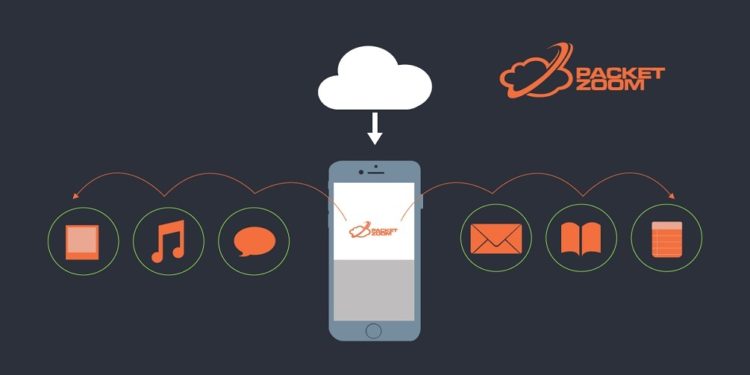 PacketZoom is a start-up that specializes in helping its customers provide their apps to interested individuals in an effective and efficient manner. It helps by combining two services. First, there is a CDN, thus ensuring not just high availability but also high performance for the interested individuals who are accessing the apps in question. Second, there is a performance management tool, which is used to find performance issues in the apps that can be corrected for superior results. Summed up, PacketZoom helps its customers by making sure that their customers can use their apps in a smooth and uninterrupted manner, thus contributing to increased customer satisfaction in the end.

People should be interested in PacketZoom for the simple reason that its service is becoming more and more important in the modern world. After all, there are now more people who use mobile devices than their deskbound counterparts for accessing the Internet as well as other purposes, meaning that there has been a huge change in how people consume such content. As a result, mobile apps are now critical for a lot of organizations’ organizational goals, as shown by how it can sometimes seem as though there are now apps for all purposes from all parties out there.

Regardless, while how people might have switched over to mobile devices in significant part, it should be noted that some things remain the same. For example, people in the present are every bit as concerned about performance as people in the not so distant past. As a result, they are not any likelier than their predecessors to put up with something that fails to provide them with the sort of service that they were expecting, meaning that they will either stop making use of it or even worse, switch over to something similar offered by a competing service. In other words, making sure that something runs in a smooth and uninterrupted manner is every bit as important in the present as it was in the past. If anything, it is even more important because people have come to expect a higher standard because of the continuous improvement that has been happening for years and years.

Likewise, ensuring a reliable connection to the Internet has become more and more important because everything is becoming more and more connected. Now as in the past, an unreliable connection is a sure way to convince a potential customer to head somewhere else, which is why businesses and other organizations need to make sure that their apps are reliable in this regard. Theoretically, they could sidestep this problem by making sure that their apps can be used offline, but in practice, the increasing connectivity of the world means that this is not practical for the simple reason that people have come to expect more. As a result, businesses and other organizations are best-served by focusing on making sure that connections are reliable rather than something that would hurt them more than it helps.

Based on these factors, it is no wonder that PacketZoom has managed to secure a fair amount of positive attention. After all, its services are meeting a genuine need in the market, the importance of which can be seen in the fact that it is far from being the sole provider of such services.

With that said, it remains to be seen how well PacketZoom will perform in the long run. Its success in securing its seed round in 2015 as well as its subsequent success in securing $5 million in Series A funding means that there are plenty of parties that see potential in its revenue-earning operations. However, no one can predict the future with accuracy, which is why it will be interesting to watch PacketZoom as it continues to carve out a position in its chosen market for itself in spite of the competitive pressure from other companies. Ultimately, what is certain is one thing, which is that there will be various companies helping interested parties optimize the delivery of their mobile apps for the foreseeable future. What remains to be seen is whether PacketZoom will be counted as one of those companies or whether it will meet with a less positive outcome.