Home
Business
Steemit: Get Paid to Use Social Media?
Prev Article Next Article 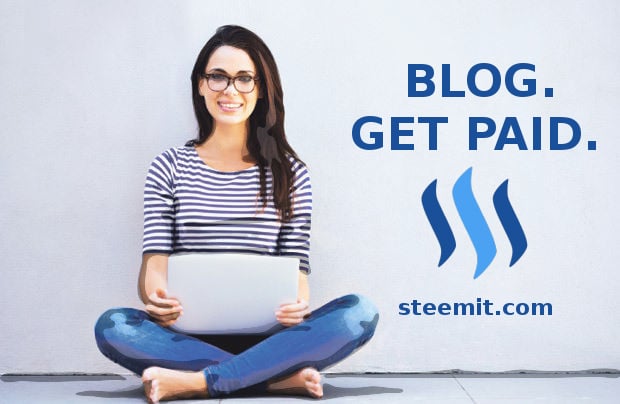 Steemit is the name of a new company that was recently founded in 2016. The founders are Ned Scott and Dan Larimer who created the BitShres system. They began in march of 2016, outlining the concept of the company that would create an entirely new system of using social news services, blogging and social networking to use a cryptocurrency that they call Steem to generate profits. It offers users the chance to generate a series of digital rewards. It is based on the concept of liquidity and market price discovery.

Members of the Steemit community read through blogging websites and vote on the content. Their votes have the potential for monetizing the blog in the form of cryptocurrency. It sounds complicated at first glance, but once you get used to the terminology it’s really pretty simple. The votes are translated through a system that generates tokens which are called Steem Dollars and Steem Power. Submissions of text and images which are highly voted on are rewarded with these tokens. The authors and curators of the sites have the ability to accrue value through the system which is much like Bitcoin. The system is based on the United States Dollar. Steem dollars and Steem may be traded on exchanges that feature cryptocurrency and it is an excellent way for people to generate value and get into the trading markets.

The Powering Down process

Influence on users is the name of the game for generating Steem. Popularity that gets you the most votes gives you a larger amount of tokens for trading. Although direct trading of Steem is not allowed, the Powering Down method allows for the conversion of Steem to be made in one hundred and four weekly payments. Owners of Steem may opt to purchase additional Steem power with Steem tokens and this is known as powering up.

The generation of Steem Power

Members who are just beginning are given a small amount of Steem to start out with. All Teem power holders are given nine units of Steem and this values the Steem Power of the group. Those with the most Steem Power have the most significant voting power as they rate content. Voting on one another’s work is how Steem is generated and the goal is to have the highest number of votes for your amazing content by high SteemPower holders.

To convert or to reinvest?

This system allows for multiple options and choices to be made. Cashing out for cryptocurrency for the purchase of goods and services is an option but then there is also the question of whether the greatest benefits would be in holding off on using Steem and reinvesting it to generate even more. It takes about a week for the conversion of Steem dollars and reinvestment can result in a rise in the interest rate if the supply of Steem dollars is below the Steem supply.

How much is currently being paid out to Steem members?

By the middle of 2016, Steemit users had received payouts totaling approximately 1.3 million dollars. It’s not chicken scratch so we’re seeing proof that the system may be a bit on the novel side, but it pays out in real benefits. The interest rate at the beginning nets a cool ten percent on an annual basis. Yes, there is always the chance that the Steem dollars will exceed the worth of USD and if this happens, interest payments will be put on hold. When trading of Steem dollars occur below parity, the interest rates will rise which is fairly common knowledge.

During the past year, the Steem exchange rate when compared to Bitcoin showed a rise that held continuity through June and July of 2016. The peak price of Steem hit a high of more than three US dollars and it experienced one of the largest capitalization of all cryptocurrency types, coming in third place reaching a peak of four hundred and five million in United States Dollars. It is currently valued at just under $90 million.

The future of Steemit

Steemit is a new startup that has created some pretty interesting waves in the cryptocurrency market. The soar to over four hundred million is something that makes everyone sit down, shut up and take notice. Of course this is an up and down game but we’re seeing some pretty fabulous rises in just a short period of time. It is a new way to raise funds and similar to Bitcoin which has tremendous potential, we’re seeing great value in building Steem. The proof is in the payouts that have already occurred and the future is looking fairly bright for this brand new startup that isn’t even a year old. We’re pretty sure that it’s going to be around for a while and as it catches on with the public, we’re apt to see an explosion in usage with new members signing on to enter the competition and cast their votes.

Steemit offers a great way to generate value in terms of rewards that have great potential for anyone that has the time to invest in the process. It may seem like a complicated program to follow, and for newcomers, in a way, it will be. If you take a little time to read, learn and understand exactly how the system works, it’s easy to get the hang of. It has all the appearances of being a new trend that is catching on in a short period of time.

There are no worries about it being a scam because Steemit has been proven to be one amazing opportunity for anyone who likes to read and rate content and who has a feel for when to reinvest and when to power down. This new startup has already gone far in a short period of time. It has the potential for exponential explosion in the cryptocurrency market. How often do you get the opportunity to make real and legitimate money simply by reading and voting on social media?