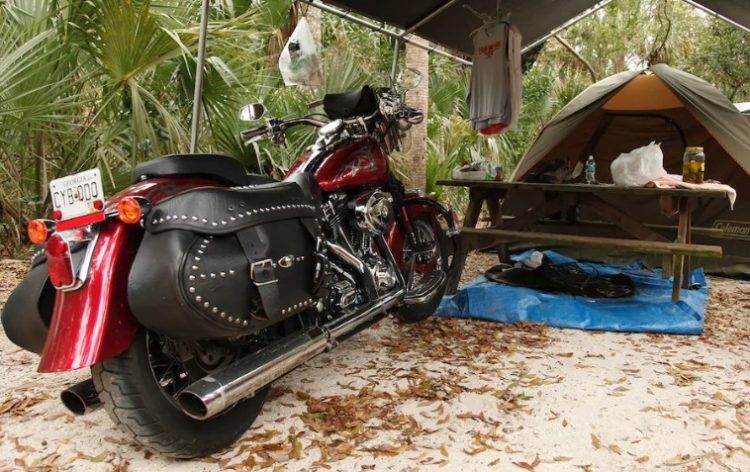 Natural disasters are one thing we can count on as mother nature and motorcycles sometimes clash. Obviously, seeking shelter is part of the ride at times. You’ll see bikers at the underpass or a gas station all congregated away from the edge where the weather can’t hit you, whether rain, sleet or even snow. Yes, that’s right, bikers will go as far as shoveling a path to get their bikes out so they can go for a ride.  No salt can hold back a rider.

Thankfully there’s some great APPs that give you advance weather warnings, some of which are like having that weather crystal ball. That’s great for all our day to day riding but every rider worries about their bike just like their family heirlooms.  Some might even consider their bikes their heirlooms.

The APP I found to be most accurate is The Weather Channel APP.  Just set to “allow your area” and you’ll receive message warnings and also see the forecast in front of you as you can click the “future” feature.  There’s others like RadarNow and MyRadar to check out as well.  Personally, I have all three on my phone.

When a storm threat is coming, we hunker down. Whether its a flood threat, tropical storm or hurricane getting everything to higher ground, including your bike, is a lot of prep work.  From how to get it there and where to have it.

Sometimes going from the garage into the house as water rises during heavy rains can be a challenge and the calculations have to work precisely. A few things to think about are building a ramp and having it for when you need it or finding a sturdy piece of wood to use as a ramp. That’s only the first part, measuring the span of the handlebars and the width of the door can be tricky.  Most will go as far as removing the door, hinges and moldings to expand the width of the doorway. There are other prep plans such as a bike lift or loading up into a trailer and heading somewhere safe.

Do what you can but safely and within reason as these are gas and oil filled machines and can potentially be extremely dangerous during floods or other hazardous situations, so think before you react.

After the storm judgement comes next.  Your love of bike will kick in and the decisions of maintenance versus rebuild has to be made. Many have made attempts after big storms such as Hurricane Sandy to drive vehicles only to risk their lives as the corrosion and salt compromised safety in which vehicles were catching fire and other dangerous situations occurred.  This not only affected the drivers/riders but those around them so that urge to do a full overall check after a storm by a professional is a necessity.

Not everyone does, but I certainly do, mention the storms my bikes have gone through and survived from being prepared, I hope many of you can do the same. 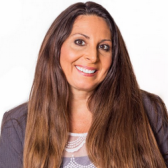 Adrienne Mazzone, President of TransMedia Group, oversees both its domestic and expanding international operations. Adrienne is widely respected and considered one of the most creative and resourceful minds in Public Relations Strategy. As President of TransMedia, she leads and advances the vision of the firm headquartered in Boca Raton, where she enjoys adding new and innovative services such as the recent product distribution division. Adrienne’s goals have always been to keep good standing relationships with clients by giving even more value to by going above the media exposures and targeting each clients individual goals. Adrienne is also a partner in Fury Road Riding Club, the fastest growing motorcycle riding club in South Florida whose mission is to bring awareness to charities and community events to assist with mission that show integrity. Mazzone is a networking maven where almost any event, people think she’s in charge, as a motorcycle enthusiast (2016 Indian Scout) that loves to ride to work, and she is also an avid animal lover who seeks a better image for pit bulls. Mazzone is also currently a partner in the HumanXplore Project.