Home
Business
Can StyleHaul Hauk Men as Much as Women? 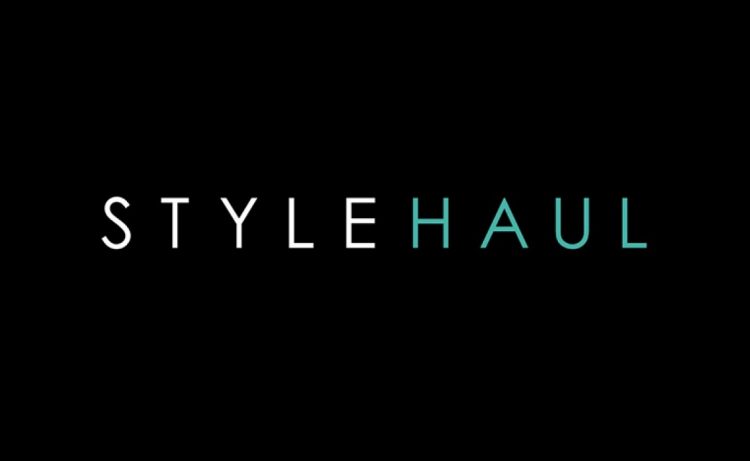 In case you’re not familiar with StyleHaul, it is a multichannel network with an emphasis upon beauty, fashion and lifestyle. The entire idea was created in 2011 by Stephanie Horbaczewski, a former marketing executive for Saks of Fifth Avenue to pursue this dream. The network created a YouTube sensation that features over a thousand different channels that are operated by bloggers who cater to different facets of the beauty, fashion and women’s lifestyle industries.

StyleHaul is one of the most inclusive networks for advertising and demonstrating the latest trends with videos featuring relevant content. Until recently, the network catered to the female demographic, and it’s enjoyed amazing success, but the question is, can their new Hauk vertical deliver the goods equally as well for men?

Stephanie started out with a small business bringing in new channels here and there to begin growing the now giant. Her fashion startup partnered with RezVen and has topped the charts with a current estimated worth of over $200 million.  It only took her nine months to double the size of the company. At last count, the unique views were up to forty one million per month. Experts estimate that by years’ end the revenue will be somewhere between ten and fifteen million.

StyleHaul enters into an agreement with YouTubers and pays them a flat rate while taking over their Adsense accounts and promoting the channels. The benefit is that it gives girls an increase in exposure so their audience will increase. Some of the ladies who agreed to contract didn’t feel that they were getting the exposure that they were promised while others were happy to report that their viewing audience increased as well as sales. For the majority of small businesses, it appears to be a step up for their start ups.

The secret of the company’s success is in working with the right partners.  The deal with Hearst Publishers and Glam media brought in 109 million minutes worth of viewing with channels that feature Harper’s Bazaar, Cosmopolitan and Marie Claire content. Glam’s Brightcove BCOV has also been a major contributor to the high numbers of viewers. Multiple brand name clients feature channels on this expansive network that just keeps adding more daily. The videos are addicting and the serials keep subscribers coming back for more. Tremendous ad sales are causing exponential growth within the company that is the most popular with female viewers between the ages of fourteen and thirty. It’s a hot sensation and the growth doesn’t show any signs of slowing.

The big question is if the StyleHaul’s Hauk brand will have the same effect on men as the others have had on women. Hauk is a new destination that contains videos created by males for a male audience. There are some pretty impressive partners already on board with the creativity to take in a wide scope of lifestyle topics that appeal to men. Some of the genres include sports, comedy, gaming and prank videos. There is little doubt that more will be added to draw this large consumer base in. Hauk is designed to explore the subjects that are currently in vogue with masculine preferences.

Why the outlook for Hauk success is good

According to the CEO Stephanie Horbaczewski, current brand partners are very interested in pursuing the topic of male lifestyle as an outlet for their products and services. It seems to be a venture that has tremendous potential and the full support of current brand channels. With brands that are already on board, the new additions should go smoothly. StyleHaul has already established the formula for success in the previous venture and applying it to a new division will no doubt have some challenges of its own, but the format is already there.

On board and fully launched

There are currently seventy creators who are participating in the Hauk division. Their channels already generate over a billion views per month independent of affiliation with the new network. This suggests that a measure of success may have already been built in to the Hauk expansion. It will be a network that is dedicated to men’s lifestyle and this is new for StyleHaul which has been geared towards women’s interests, There is definitely a great deal of fodder to populate the network and it will be interesting to see how the new dimension will unfold. It’s off to a great start and we’re waiting for the statistics to start coming in.

What will the future hold for Hauk?

There is a definite interest in men’s lifestyle and widening the experience that viewers are having with the popular male creators. There is plenty of material for content that is believed to be a key for drawing viewers in to learn more about their favorite YouTubers. Horbaczewski envisions this vertical as being entertaining for the fans who want to more about the personal lives of channel creators. This leads to interest in the clothing brands that they wear, the products that they use for styling their hair, toiletries, cologne and other avenues for sales advertisements. The same is true for the gaming genre. It opens up new opportunities for companies related to the gaming industry to promote their electronics and media products.

Hauk is a brilliant vertical that offers the expansion to include marketing through men’s influencers and their channels. As with StyleHaul, the audience for Hauk is out there. The foundation is laid for the expansion with it’s recent launch of male influencers with over a billion views monthly prior to Hauk’s inception. We’re anticipating that the Hauk vertical will take off with the fury that we’ve seen with StyleHaul and deliver similar results within the male populations. Lifestyle is important across genders. Although the topics may be different, the emotions and excitement that is generated by influencers is pan in its appeal to people of all genders across the board. We’re expecting great things through the Hauk vertical network and await the reports of its success.