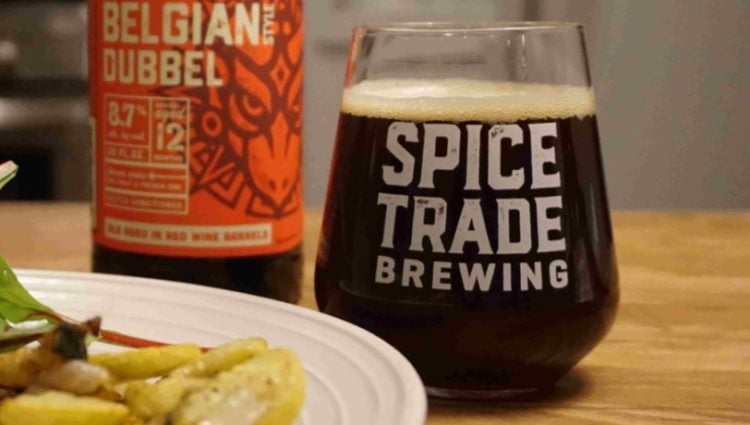 Thanks to some really cool Colorado breweries, this winter you can taste your way around the globe in beer without leaving the Centennial State. Yep, from India to Ireland, Colorado craft breweries are going international when it comes to brewing flavors. Here are some of our favorites. And if you’re still in need of a holiday present, consider gathering a couple cans and bottles of each of the below and put them together in a gift basket, maybe with some local sweets and savories tossed in.
Flavors from Ireland: If you love red ales, then you’ll want to pick up a few 6-packs of Lone Tree Brewing Co.’s staple Irish Red Ale. The traditional style beer is made with a complex grain bill that gives it its rich and malty backbone. This beer has subtle notes of toffee, caramel and chocolate and a light hop finish. Originally named Acres O’Green after the neighborhood directly behind the brewery, it’s a year round favorite — although especially popular around St Patrick’s Day — in Lone Tree’s family and dog-friendly tasting room near Park Meadows Mall. Flavors from India: For a taste of the Indian subcontinent’s flavors, you’ll want to try the Chai Milk Stout from Spice Trade Brewing in Arvada. The beer won a silver medal at the 2013 Great American Beer Festival in the Herb and Spice Beer category, and is brewed with a secret family recipe blend of chai spices made in-house at the well-known Yak & Yeti Restaurant next to which the brewery is located. The end result is a chocolate and roast-forward stout that’s bursting with a fresh chai tea aroma and flavor, which is a real winner for cold winter days. Flavors from Belgium: Denver brewery Strange Craft’s Cherry Kriek is the Belgian beer we’re loving this season. The 5% ABV Belgian Dark Wheat Ale is made with so many Montmorency pie cherries, it really tastes like drinking liquid cherry pie. It’s no wonder this beer has won a gold medal at the World Beer Cup, it’s that tasty — the tartness of the cherries is a perfect contrast to the sweetness of the Belgian yeast strain. We love to pair this beer, which is sold in bombers, with dark chocolate or fudge brownies. Flavors from Scotland: Brewed with black barley and Fuggle hops, Eagle’s Bonfire Brewing makes an awesome Kilt Dropper Scottish Ale. At  7.5% ABV, the traditional Strong Scotch Ale definitely lives up to its name. The beer has hints of caramel in its aroma, which is the result of an extra-long boil that caramelizes the wort. It is also fermented at 20% lower temperatures than most ales, and as such it has a distinct sweet and malty flavor that is balanced by the strength of the alcohol. It can be purchased in bombers. The History of and Story Behind the Hyundai Logo