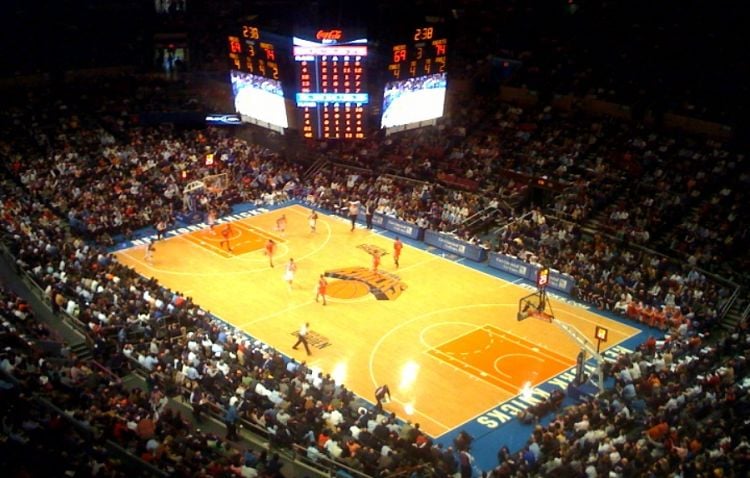 Even the best professional sports franchises have down times where winning is few and far between. For the New York Knicks, it’s been far – very far between. It’s hard to imagine that the NBA’s most valuable franchise has also been one of the league’s worst teams for over five years now. The expression “the fish stinks from the head” could not be more applicable in this scenario. Executive chairman and CEO of the Madison Square Garden Company, James Dolan is, at present, considered to be one of, if not the, worst owners in all of USA professional sports. The pressure for him to sell the team is so palpable at this point you can almost feel it when you walk into the Garden. With the Knicks continuing to produce poor results and the organization continuing to spiral out of control, no time is better for James Dolan to sell the team.

The Knicks are currently in a 6-year run of futility that is so bad it’s hard to generate any optimism among the fan base. The team has not posted a winning season since 2012-2013. Last year, they finished dead last in the East with a record of 17-65. The year before they finished 29-53 and in 2014 they finished 17-65 just like last year. It’s hard to fathom being that bad for that long even if the draft lottery doesn’t guarantee them a top pick. Playoff basketball is non-existent at Madison Square Garden, which is considered a mecca for the game. It is flat out wrong that one of the NBA’s storied franchises hasn’t been to an NBA Final since 1999. With just five playoff appearances since 2000 (four of which were first round losses), the team is stuck in a valley that no coaching or personnel change is going to solve – only new leadership can save them now.

Speaking of coaching and personnel changes, which NBA team has had the most head coaches since 2000. Perhaps that’s too easy to answer. After Jeff van Gundy ended his run in 2001 with the Knicks, they’ve had 13 head coaches – some of which one could consider to be very good coaches in the league. Among the names that would fall under that category – Larry Brown (2005-2006) and Mike D’Antoni (2008-2012). Since 2016 the Knicks have had five different coaches, a number that may continue to grow as they continue to lose. The irony about professional sports is you can’t fire the entire team so it’s usually the coach who gets the chop. Well, the Knicks have done that. They’ve also had a run of drafts and player signings that are, well, nauseating. Among the biggest player signings since 2010 – an aging Jason Kidd, Robin Lopez, Jeremy Lin, JR Smith and Tyson Chandler. Sure they traded for Carmelo Anthony and he had a productive career in New York, but let’s face it – that list doesn’t win championships. To make matters worse, they haven’t drafted well for a decade. The jury is still out on the most recent picks, Barrett, Robinson and Knox, but other than that they had Porzingis for a minute and a bunch of missed shots. When you put all of this together, one has to look at the leadership of the team and clearly it isn’t working.

Despite the perennial losing in New York, the team continues to gain value. This is the one argument James Dolan has to keep his job. The team is losing, but as mentioned above the Knicks are the most valuable franchise in the NBA and that value continues to grow year-over-year. Amazingly from 2018-209 the team’s value grew 11%, which is absurd considering they finished in last place that year. The growth was largely due to renovations around Madison Square Garden that added new revenue streams, but says absolutely nothing of James Dolan’s ability to run a basketball team. And this is the biggest challenge the organization faces – Dolan is making money, but the team is horrible. To make matters worse, he is hated by fans, which will push this to a breaking point in New York.

Basketball and money aside, James Dolan’s resume is putrid. He’s been riddle with controversy and does not exemplify a true leader of a major sports organization in the USA. One of the major stories from Dolan over the past couple years was when he and Charles Oakley got into an argument at MSG and he had Oakley removed and subsequently banned. This didn’t go over well with Knicks fans as Oakley is one of the favorites in New York. Actually, Dolan having run-ins with fans is pretty much an annual occurrence now whether it be in the stadium or via some form of media outside the arena. On top of those issues, you can add a sexual harassment case and a litany of other PR nightmares.

Despite the calls to sell the team, James Dolan has maintained his ownership stake in the Madison Square Garden Group. As recently as last year, an activist investor in MSG, Blue Harbor Group, had been applying pressure on Dolan to sell. This came after the CEO, Clifton Robbins, put a $7.2 billion valuation on the entire conglomerate and discussed plans for a spinoff to boost performance. Such have been the rumors for years now, as Dolan has even been quoted saying he would be open to selling the Knicks if the right price was offered (a price of about $5 billion). The fact of the matter is this – the team is horrible, the owner is disliked and there is certainly someone or some group out there that would love to take over one of the most storied franchises in NBA history that plays their home games at Madison Square Garden. For fans and NBA pundits, it’s clear that Dolan’s race has been run with the Knicks – a sentiment that is echoed for New York Rangers fans as well. He’s clearly aware he’s not wanted and despite the teams performance they still hold tremendous value. It appears at this moment, it’s a win-win for everyone is Dolan makes the move and moves on.