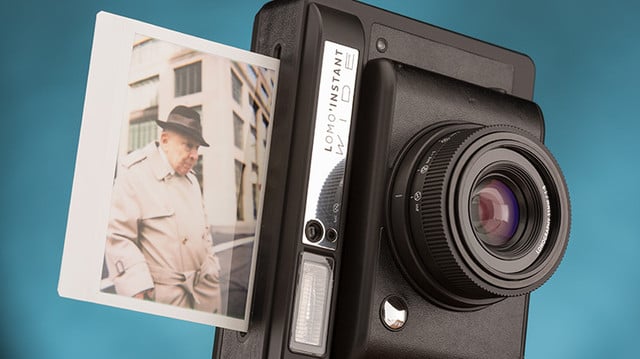 Some of us remember when getting an instant camera put you in a class of elites. Older generations frequently refer to instant cams as Polaroids because this is the brand that manufactured the most popular versions. These retro gadgets are fun and give you an instant hard copy because they print the photo from the camera on the spot. Believe it or not, instant cameras were at one time considered to be cutting edge technology. Instead of waiting 3-4 days, or even up to a week for film development in some cases, you could have your pictures finished on the spot. We’ve come a long way in photography technology, and although instant cameras are now obsolete thanks to digital photography, there is a renewed interest in them, particularly with younger generations. With the comeback that they’re making on the market, here are the five best instant cameras on the market today. 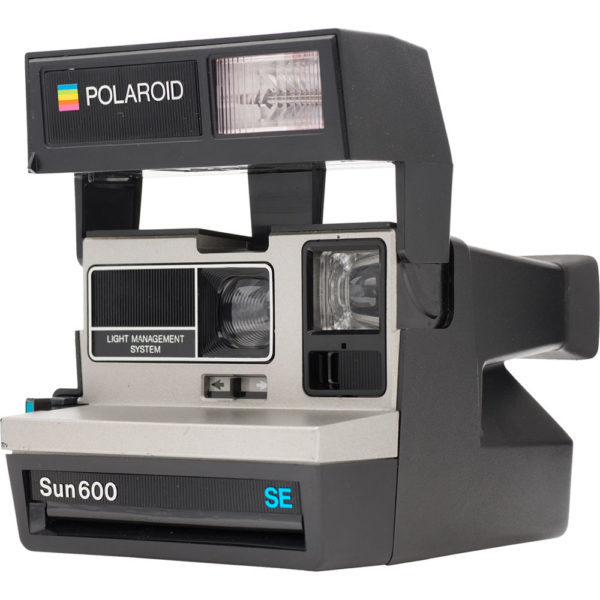 If you’re looking for a Polaroid instant camera that will take you back in time, the Impossible Polaroid 600 Square will transport you instantly into the 1980s. The design is the same and it’s been made to give owners a retro experience. It’s boxy and bulky, just like its ancestors and not what you could call compact or convenient, but it’s definitely cool and trendy. The Impossible company is the manufacturer who picked up the Polaroid line after the Polaroid company’s 2008 bankruptcy filing. Impossible is also producing the film that is compatible with Polaroid and Impossible cameras. The company is a good resource for finding this and other Polaroid models including authentic vintage Polaroid cameras for collectors. The Pic-300 is an instant film camera that is a modernized classic Polaroid. Unlike the Square 600, the Pic 300 is lightweight and compact that you can purchase in a range of colors. It comes with useful features that allow for a variety of lighting environments with an included flash for low light circumstances with four scene settings. It also has an energy saving feature built in that causes the lamps of the camera to turn off after being inactive for 5 minutes. This helps to conserve the battery life. It comes with a 60 mm lens and is powered by four AA batteries. the total weight is just 11.3 ounces. It accepts Polaroid 300 instant film as well as Fujifilm Instant Mini films. 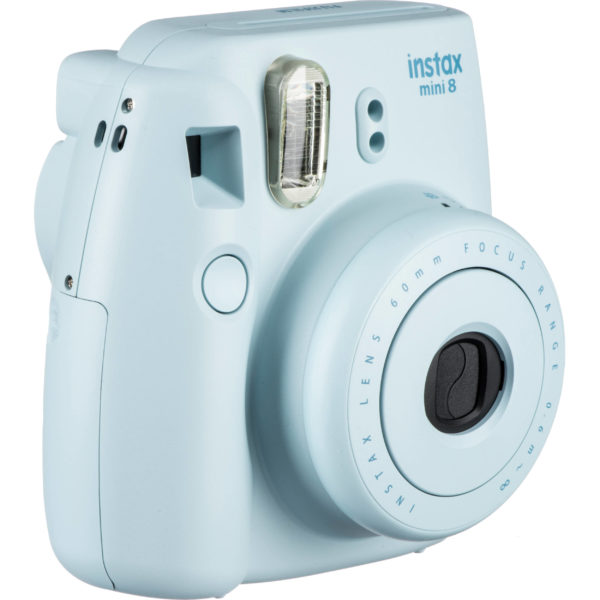 The Fujifilm Instant Mini 8 Instant Camera is a user-friendly and compact sized instant camera, offered at an affordable price. It comes in a large range of colors which makes it a favorite of teens who are into instant pictures that are developed on the spot without the need for printers or waiting for a service to print them. It’s lightweight and compact which makes it easy to carry with you wherever you go, for capturing instant photos virtually anywhere and any time. A built-in flash is included along with auto exposure to give you the perfect exposure every time in a point and shoot device. It’s powered by two AA batteries and a 1.5 Volt. It weighs just 10.82 ounces and uses Film designed for the Fujifilm Instax Mini 8. The company has also made a variety of instant film variants for achieving special effects, which makes this instant camera even more impressive. The Instax Wide 300 is a more sophisticated camera than the point and shoot Instax Mini 8. It prints the photographs in a larger size that is closer to the standard sized photo of 3×5 inches. It comes loaded with extra features including a lens ring dial that allows you to adjust the focus settings, a close-up lens adapter, a retractable lens, and a tripod socket. Even though this instant camera is more complicated than the standard point and shoot instant, it’s remarkably user-friendly and even kids have no problems using it. You can choose from normal mode to landscape mode. It also comes with a built-in flash for auto-sensing lighting levels to get the perfect degree of light exposure. It takes four AA batteries and accepts Fujifilm Instax Wide instant color film. The Fujifilm Instax Mini 70 Instant Film Camera is the convergence of the features offered by the Instax 300 and the Instax Mini 8. It’s a more compact and lightweight camera that weighs just 9.9 ounces, making it easier and more convenient to carry. It’s small enough to carry in your pocket, but it comes with a tripod mount, an optical viewfinder, a retractable lens, a self-timer and there is also a small mirror placed on the front which makes it the perfect camera for taking selfies. It even has a selfie mode along with Hi-Key, Landscape, and Macro modes. The built-in flash is a high-performance addition that comes with fill-in flash for optimal lighting exposure in most types of light environments. This camera is powered by two CR2/DL CR2 lithium batteries and it accepts Fujifilm Instax Mini Instant film. It also accepts all variants of Instax Mini film for an excellent capacity for creative photography and special effects.