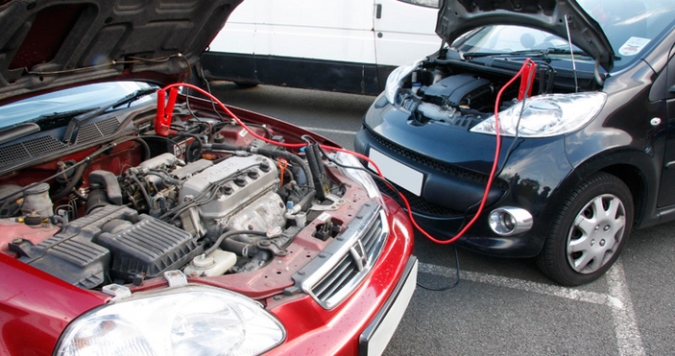 Nobody likes the idea of being forced to deal with a dead car battery, but it can and does happen. Even if you have replaced the battery in your car fairly recently, you can still have problems with it for a variety of reasons. For example, there may be a problem with the battery itself. In other words, you could potentially have a faulty battery, one that might prevent your car from starting, even under normal circumstances. Other problems include a bad battery cable, a cable that has come loose, a problem with the car’s alternator, or build-up on the battery posts that prevent a good connection from forming between them and the cables. In some cases, a new battery could leave you stranded because of something as simple as forgetting to turn the lights off.

If you really want to be prepared for virtually any situation, there are a few things you can do to make sure you don’t end up waiting for a tow truck on the side of the road or in some deserted parking lot. One of the best ways to ensure this doesn’t happen to you is to purchase a jump starter. That way, you can get the car rolling without having to wait on someone else to show up. The key os to find the right jump starter so you have one that is powerful and reliable enough to get the job done. Below are five of the best options out there when it comes to this critical piece of equipment. Having one could potentially make all the difference between getting where you need to go safely or hoping that someone gets to you in time. 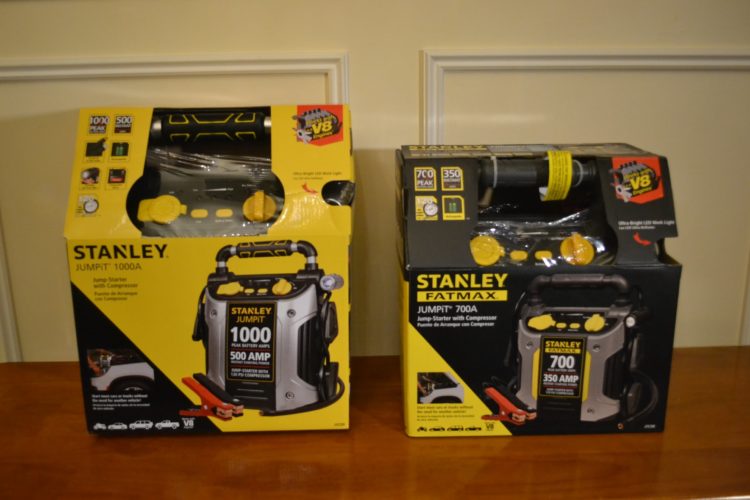 The most important thing about this product is that it has enough power to get the job done. You could easily start a car or even a truck with it. It also has several other options as well. It’s easy to use, so you can charge your battery and get back on the road even if you’ve never done it before. It’s also sturdy enough to leave in the car at all times. After all, it won’t do you much good if it’s not in the car when you need it. This particular product also comes with an LED light and an alarm that lets you know if the cables are not attached correctly to the battery. This is another great option. It does practically everything the product listed in the above paragraph does, but it has one extra feature that’s quite interesting. You can also use it to air up your tires if you have one that’s going flat. That can help you be even more prepared for those emergencies that sometimes happen when you’re on the road. Even if you can’t keep the tire aired up, it can usually buy you enough time to get home for the night or make it to a repair facility where you can actually have the tire fixed. Either way, it gives you some added peace of mind when you know you have a way to combat both a dead battery and a flat tire, especially when it’s all in one compact unit. 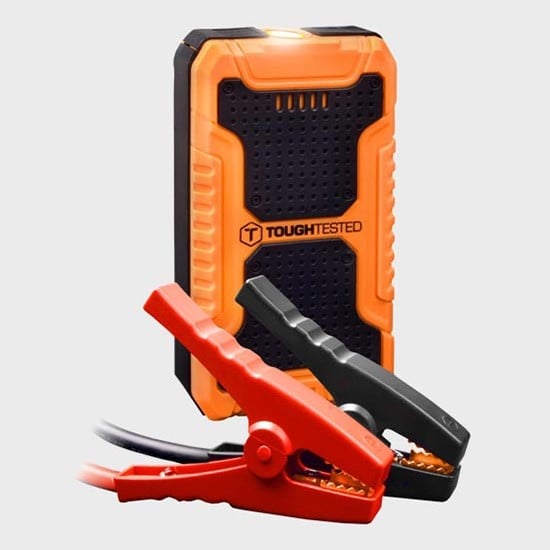 This is one of the more interesting products on the market today. When you first glance at it, you’re likely to think that there’s no way you can jump start a acr with something so small. When they say that it could practically fit in your pocket, they’re no joking. Nevertheless, it is more than capable of giving you enough power to jump start your car and it also serves as a power bank to recharge your cell phone. All you need to do is spend about four hours charging it and you’re good to go until you use it or for the next six months. Then, just charge it again and you’re all set. That’s about as easy as it gets. This just might be the best product of its type that’s ever been introduced. It can charge your battery and almost everything else. There are two USB ports where you can charge things like your cell phone or tablet. There’s also an AC outlet, so you can bring your laptop along and charge it, too. It’s also one of the easiest items to use you will ever find. It comes with built-in jumper cables and requires pushing only one button to get the car started.

This one has a built-in flashlight and tells you when you have the cables hooked up correctly. It’s also designed not to create a spark, so you’re less likely to cause damage to your car’s expensive electronic components.