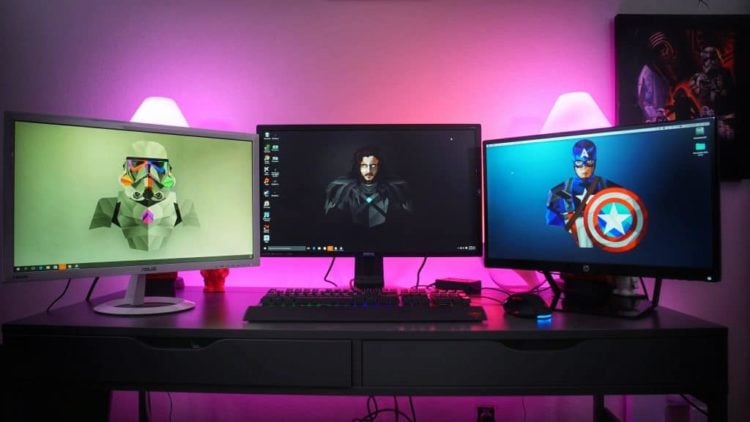 What are the best LED monitors on the market today? There’s no doubt that this is a class of product that has come a long way in recent years. These days, you don’t have to deal with lines on the screen, pixelated images, or a screen that lags behind as opposed to being able to keep up with the action. In addition, you don’t have to worry about a lack of color contrast like you did on some of the earlier models. In short, the LED monitors that are listed below are among the best available and they all have something to offer. Whether you’re interested in gaming, reading, or watching movies, all of these monitors are designed to cater to your needs. Go ahead and read through this list of the best LED monitors out there in order to find out which one is the best choice for you.

There are plenty of things that make this monitor one of the most superior products on the market today. For starters, the picture is about as clear as you could ever hope to get. If you remember some of the earlier LED monitors, there was a problem with picture clarity as the size of the monitor increased. That’s no longer an issue, especially with this particular product. Everything you see is crystal clear and it’s designed in such a way that no matter where you sit in relation to it, you’re able to see it clearly. This is largely due to what the company calls a 178-degree viewing angle, meaning that if you’re anywhere but virtually behind the monitor, you’ll be able to see it just as clearly as if you were right in front of it. It also has a 720p HD resolution, which is what gives it its clarity. It even features a timer that automatically allows it to go to sleep after it’s been untouched for a predetermined amount of time, which basically saves you money on your electric bill.

This monitor has virtually all of the same technology as the one listed in the paragraph above, and a few more things to boot. It’s specially designed to give you the best color possible and you can change all of the settings with the touch of a button in order to get it to look exactly the way you want it to look. There are even presets for things like sporting events, movies, so on and so forth so that you’re able to get the most out of each viewing experience. This particular monitor even has a special feature that allows you to minimize blue light if you’re reading on the screen, thereby alleviating eye fatigue that you would normally associate with this type of activity.

Again, you can enjoy all of the features that have already been discussed. There’s also another thing that makes this particular monitor special. It’s been specially designed for those that are involved in gaming. As you might already be aware, not all monitors do well with gaming devices, often resulting in a picture that’s less than desirable, to say the least. In this particular case, you don’t have to worry about that because the monitor itself is designed to be able to keep up with the fast pace. You can also plug in virtually any electronic device to it, thanks to the multiple USB ports. All in all, it makes dealing with high-tech devices a lot easier.

This monitor has excellent picture quality, it’s able to keep up with fast-moving gaming systems, and it’s designed to eliminate strain on the eyes, which can be a major factor when you spend hours upon hours staring at a monitor. It’s also one of the thinnest monitors on the market, at about 10 inches thick. That makes it a great fit when you don’t have a lot of space to dedicate to a monitor, yet you want one of the best products on the market.

If you want a nice, basic monitor that’s capable of performing at the top of its class, you can’t do much better than this one. It doesn’t take up a lot of space, it features excellent color quality and visual clarity, and it’s easy to set up. It also provides plenty of connections for both standard devices and those that connect via USB ports, so you’re never left wondering how you’re going to hook something up.