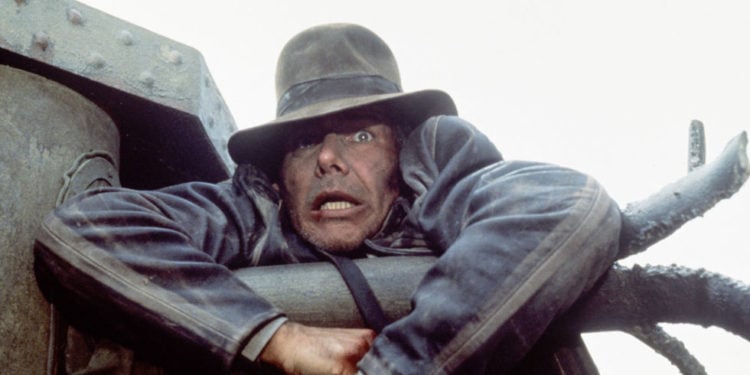 The most successful actors are those that have appeared in multiple films that have exceeded box office expectations. These actors can command high fees as their appearance in a film attracts moviegoers and leads to the commercial success of a movie. When the gross figures for movies in which an individual actor appears are combined, there are some that have grossed billions. Due to this commercial success, these actors are recognized as some of the most talented in the film industry. Here are the five highest grossing movie actors of all time.

Two of Robert Downey Jr.’s most successful films were the 2009 film ‘Sherlock Holmes’ and its 2011 sequel ‘Sherlock Holmes: A Game of Shadows’, in which this actor played the titular role. Both films were directed by Guy Ritchie and both exceed $500 million at the worldwide box office. Robert Downey Jr. began his career as a child actor and became known in his teens as a member of a group of actors called the ‘Brat Pack’. Some of his other movies include ‘Chaplin’, ‘Kiss Kiss Bang Bang’, ‘Tropic Thunder’, and ‘Zodiac’. In recent years, he is most famous for playing Iron Man in the Marvel Cinematic Universe films. These films have enjoyed box office success and contributed to Robert Downey Jr. becoming one of the highest grossing actors of all-time. With the exception of ‘The Hulk’, all of the Marvel Cinematic Universe films in which this actor has appeared have exceeded $500 million at the box office. In addition to his career in film, this actor has also worked in television and had a career as a singer.

Tom Hanks has won numerous awards throughout his career and is best-known for his dramatic and comedic performances. He has collaborated with Steven Spielberg on many films, including ‘Saving Private Ryan’, ‘Bridge of Spies’, ‘The Terminal’, ‘The Post’, and ‘Catch Me If You Can’. He is also well-known for his roles in ‘Sleepless in Seattle’, ‘Splash’, ‘Forrest Gump’, ‘Philadelphia’, ‘You’ve Got Mail’, ‘A League of Their Own’, ‘Turner & Hooch’, ‘Cast Away’, ‘Saving Mr. Banks’, ‘Road to Perdition’, and ‘The Green Mile’. Furthermore, he has also provided the voice of Sherriff Woody in the ‘Toy Story series of films. In addition to a prolific career as an actor, he also has successful careers as a director, producer, and screenwriter. His careers in these fields were launched when he worked on the miniseries ‘Band of Brothers’.

Morgan Freeman’s acting career spans six decades as he first worked professionally in 1964. He has won an Academy Award, a Golden Globe Award, and a Screen Actors Guild Award in recognition of his work. He has also received an Oscar nomination for his performances in ‘The Shawshank Redemption’, ‘Driving Miss Daisy’, ‘Invictus’, and ‘Street Smart’. Other films for which he is famous include ’Deep Impact’ Robin Hood: Prince of Thieves’, ‘Now You See Me’, ‘Bruce Almighty’ ‘Seven’, ‘Glory’, ‘The Sum of All Fears’, ‘RED’, and ‘The Dark Knight Trilogy’. When the total box office gross is worked out as an average over all the films in which he has appeared, it is an average of $74.4 million per film.

Samuel L. Jackson is most commonly associated with action, crime, and thriller films. However, this talented actor has appeared in film genres including comedy, drama, and romance. He is well-known for his role as Nick Fury in films from the Marvel Comic Universe. Other films for which he is famous include ‘Django Unchained’, ‘Jackie Brown’, ‘Pulp Fiction’, ‘The Negotiator’, ‘Goodfellas’, ‘Jurassic Park’, and the ‘Star Wars’ prequel trilogy. He has also provided his voice for many animations, including ‘The Incredibles’ and its sequel.

Harrison Ford has had leading roles in some of the most commercially successful films ever released. His most notable include playing Hans Solo in the Star Wars series of films and Indiana Jones in the film series of the same name. His career spans more than six decades and he has starred in many other successful films. These include the ‘Blade Runner’ films, ‘Apocalypse Now’, ‘Presumed Innocent’, ‘The Fugitive’ and ‘What Lies Beneath’. Not only has this actor won a Golden Globe and an Academy Award, he has also had a star on the Hollywood Walk of Fame since 2003.