Home
Motorcycles
The History and Evolution of the Quail Motorcycle Gathering 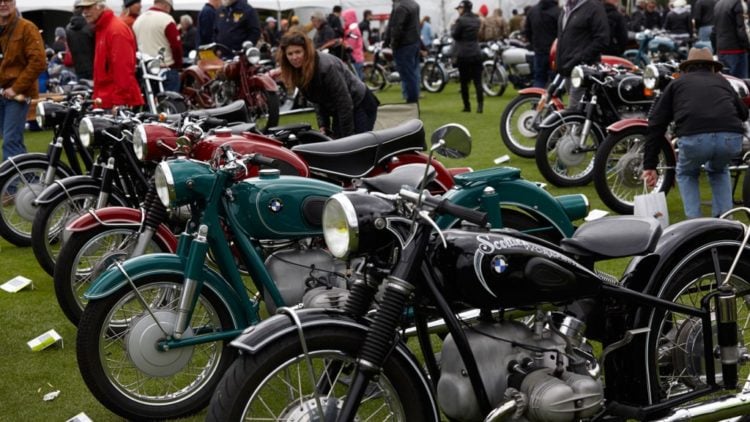 The Quail Motorcycle Gathering is an annual event that is held annually. It was initially organized by Gordon McCall. Every year, a few thousand vintage motorcycle enthusiasts make plans to prepare for the event which is a big deal for those who have a love for vintage bikes and want to show off their pride and joy to like-minded bikers. If you haven’t heard about the rally, you’re in the right place as we explore the history and evolution of the Quail Motorcycle Gathering.

The Quail Motorcycle Gathering was first organized by Gordon McCall. It was held at Quail Lodge in Carmel, California. The very first rally took place in May of 2009 with 2,700 in attendance and a total of 400 motorcycles displayed for onlookers inspection and pleasure. It’s been held annually at the same location ever since.

The Quail Motorcycle gathering began as an event with a different name. From 2006 through 2008, Gordon McCall who was the organizer put together the “Legends of the Motorcycle” event. It had been held in Half Moon Bay, California at the Ritz-Carlton Hotel location. It was a different event that McCall moved to the Quail Lodge and Golf Club.

One hell of a show

Participants of the Quail Motorcycle Gathering show their bikes, which are of the vintage persuasion and somewhat noteworthy. It’s a great event for vintage bike enthusiasts to get together and see some really cool bikes and to show off what they own as well. There are quite a few trades and sales brokered at the event as well. It’s a good way to make connection and form new friendships based on mutual interests within the motorcycle community. There are classic motorcycles entered into the show and judged to find out which bike will come out as best in show.

100 of the participants will also ride with a California Highway Patrol motor unit escort over the Quail Ride around Carmel Valley, which is a 112 mile adventure. They also participate in three fast laps around the Mazda Raceway Laguna Seca track. The ride is conducted on Friday, the show on Saturday and there is another ride scheduled for show morning titled the “Cycle World Tour.” This consists of a fifty mile jaunt that also features a buffet breakfast in Pacific Grove, California along with ocean waterfront.

When the event was first getting established as an annual gathering, there wasn’t an admission charged. As the event grew in size and popularity, the organizers began to charge for admission to the show in 2016. This was the 8th annual event and thee were 2,700 in attendance along with more than 400 motorcycles on display at the show. There was a judging round for 237 of the bikes which were entered for the affair. It turned from a two day event to included a third day. The event in 2017 was so successful that the organizers of the gathering decided to make it a full week long event for future gatherings and they announced this to the crowd. The decision was very well received. The Quail Motorcycle Gathering is currently being run by Peninsula Events.

If you’re a fan of unique and beautiful motorcycles including vintage and special builds then this is an event that you will probably want to pencil in on your calendar. There are plenty of activities to get involved in and you could end up making some lifelong friendships while you’re there. It’s a good idea to reserve your tickets for the show in advance. The event takes place annually in the month of May. They plan to offer a full week of events for fun and enjoyment for both participants in the show and the rides as well as for attendees who are just interested in seeing the bikes and enjoying the entertainment. The Quail Motorcycle Gathering has come a long way since it started out as the “Legends of Motorcycle” event. It’s grown in size, in duration and in the number of attendees who are taking an interest in supporting the rally. This is an event that brings people together and it started out as a 2 day rally that has blossomed into an enjoyable week long event.