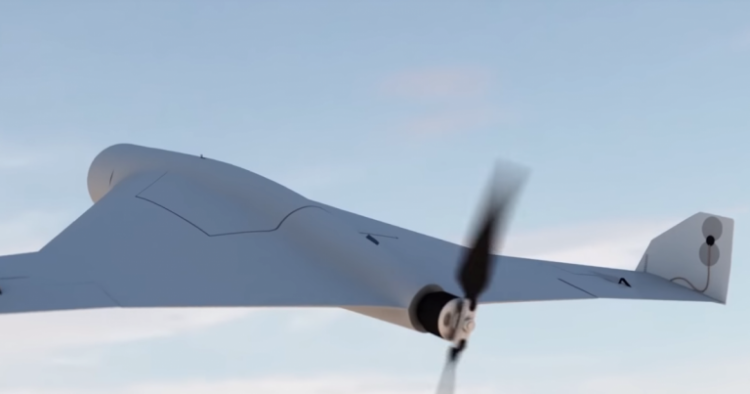 Nowadays, there is a business called Kalashnikov Concern that continues to make the AK-47. However, it is far from being limited to the AK-47, seeing as how its products include but are not limited to civilian firearms, military firearms, vehicles, unmanned vehicles, and even military robots. For proof, look no further than the fact that Kalashnikov Concern has come up with what some people are calling a suicide drone.

What Has Kalashnikov Concern Created Now?

For those who are curious, Kalashnikov Concern has created a drone called the KUB-UAV, which was revealed at the International Defence Exhibition & Conference in the United Arab Emirates. In short, the drone is about the size of a small coffee table. However, it is capable of remaining in the air for as long as 30 minutes while carrying as much as 6.6. pounds of explosives and moving as fast as 80 miles per hour. On top of that, it should be mentioned that the drone makes next to no noise, thus making it even more of a potential threat when one remembers that traditional air defense systems aren’t designed to take out such unmanned vehicles.

To be fair, the concept of a suicide drone isn’t a new one. Once drones had become economical, it was no more than a matter of time before someone decided that it was a good idea to mount some explosives on a disposable drone. In fact, Russian soldiers in Syria actually came under attack from ISIS-made suicide drones in 2018, while both the U.S. and the Israeli military have come up with their own versions of the suicide drone.

As such, what stands out the most about the KUB-UAV is a couple of things. First, Kalashnikov Concern has stated that it will be made available to interested parties at a low cost. Second, it is clear that Kalashnikov Concern isn’t planning to restrict sales of the KUB-UAV to the Russian military but will instead make it available to a much wider range of clients than its American and Israeli predecessors. Based on this, it is no wonder that one professor of international relations has outright called it an example of “democratizing smart bombs.”

What Are the Potential Implications?

No one knows what the KUB-UAV will mean for the future of warfare because no one can predict that kind of thing with perfect precision. Kalashnikov Concern is claiming that it will revolutionize warfare in the same way that the AK-47 managed to revolutionize warfare before it. To some extent, this is bound to be marketing hype. However, there are reasons to believe that there is a measure of truth mixed in with the hype as well.

After all, smart bombs are limited to high-tech military such as that of the United States. However, if the KUB-UAV can live up to its promise, it will provide even parties with much fewer resources with the ability to launch very accurate and thus very dangerous attacks from the air. Certainly, its results won’t be anywhere near as impressive as that of smart bombs, but it would nonetheless represent a considerable step-up for non-state actors as well as other poorer parties. Something that is particularly true because Kalashnikov Concern’s product is bound to be much more effective and efficient than the crude predecessors that have already been cobbled together for use in the past. As such, while there is no reason for the wider population to start panicking, the introduction of the KUB-UAV is nonetheless cause for concern on the part of people who are responsible for handling such issues.