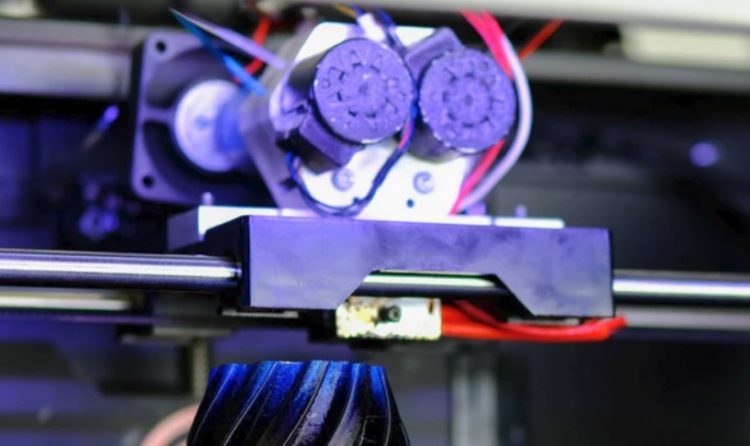 The QuadFusion Print Head is a product that is being Kickstarted by M3D at the moment. This is notable for a couple of reasons. First, the product promises to offer interested individuals the chance to print in a full-color palette. Second, M3D is a manufacturer of 3D printers for consumer rather than commercial uses that has managed to build up a reasonable reputation since its founding in 2014, meaning that there is excellent reason to believe that this product is the real thing. This is particularly true because this isn’t the first project that M3D has Kickstarted, which should provide even more confidence to those who are interested but still unsure in whether they want to make a commitment or not.

Why Is the QuadFusion Print Head Notable?

In short, the QuadFusion Print Head enables interested individuals to 3D print in the full range of colors by mixing CMYK filaments, which stand for Cyan, Magenta, Yellow, and Key filaments. This is something that has been available to commercial clients for some time. However, this is the first time that such capabilities will become available to consumers in such a convenient manner because their commercial counterparts tend to come with either a high price tag, serious limitations on their potential uses, or a combination of both. For those who are curious, people who are interested in the commercial options should be prepared to pay $3,000 or more because that is the price range that they can expect. As a result, it is no exaggeration to say that the QuadFusion Print Head is a huge improvement on its predecessors for its intended customer base.

With that said, it should be noted that there are some other upsides to the QuadFusion Print Head as well. For example, while it is intended for use with Cyan, Magenta, Yellow, and Key filaments, it can be used with other combinations of four filaments as well. As a result, so long as interested individuals have a good idea of what they are doing, they can coax even more possibilities out of their 3D printers, which should come as welcome news to those who are not fully satisfied with settling for the simplest and most straightforward options that are available to them.

Moreover, it should be mentioned that the Quadfusion Print Head offers two other upsides of considerable importance in the form of both cost and convenience. Simply put, being able to mix colors to create more colors means that interested individuals don’t have to keep stocks of all the colors that they want if they want to be able to print in them, meaning that in the long run, the Quadfusion Print Head could help them make back some of its value by saving on their color purchases. Likewise, being able to mix colors to create more colors is a significant step-up compared to the process of having to have the right colors on hand, which can be rather frustrating to say the least. Summed up, so long as the QuadFusion Print Head can live up to its promise, it seems safe to say that it will make the 3D printing experiences of a lot of people that much easier to bear.

Interested individuals still have some time to back the Kickstarter for the QuadFusion Print Head, which comes to a close on May 23 of 2018. As a result, if they are interested in the product, they shouldn’t hesitate to check it out for further information before making a final decision about whether they want to back it or not. However, if they are still not sure, there is no harm to waiting to see the finished results before they make a choice to either buy or not. After all, the Kickstarter has been fully backed, meaning that the manufacturing of the product will be going ahead whether more people back it or not. Of course, not backing now means increased wait times as well as other lost opportunities, but such are the eternal considerations of backing a Kickstarter or not.

On the whole, the QuadFusion Print Head is another interesting reminder that 3D printing is continuing to advance at a steady if not necessarily particularly dramatic rate. As a result, it will be fascinating to see what other new technologies that M3D and other 3D printer manufacturers will introduce to the market in the times to come.