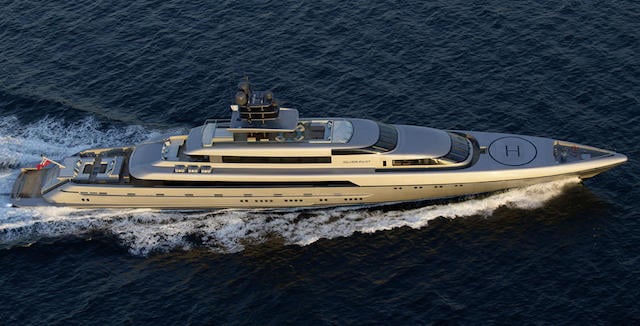 Just like any other motor vehicle out there, there will always be new superyachts coming out each and every year. From ultra fast cruisers to floating palaces with multiple helipads, superyacht manufacturers don’t know the meaning of the word “excessive.”  In terms of luxury features and amenities, you can really put almost anything on a superyacht, and as all vehicles advance each year, we can expect some truly incredible superyachts in 2017.   But for now, let’s look back on 2016 as an incredible year for the superyacht. 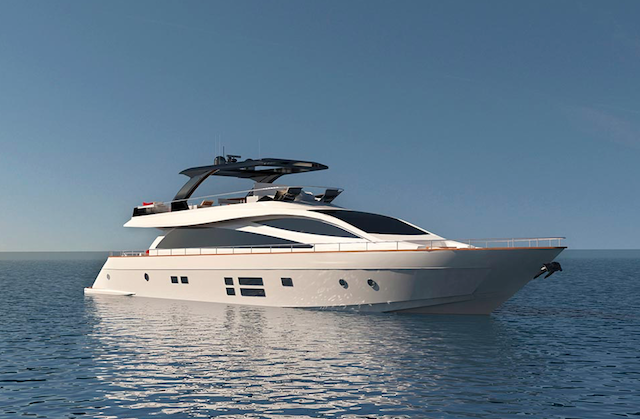 While it may be one of the smaller superyachts out there, the Amer 94 is still a beautiful vessel from the Italian brand known as Amer Yachts. Perfect for those that want most of the amenities seen in larger superyachts but in a smaller package, the Amer 94 is very premium. It features three Volvo Penta IPS engines that propel the vessel to speeds of some 30-knots in addition reducing fuel consumption. Amer also outfitted the yacht with noise paneling and were able to reduce noise by a figure of some 50%. Add it that classic Italian styling, beautiful interiors, and large windows, and you’ve got a great superyacht on your hands. 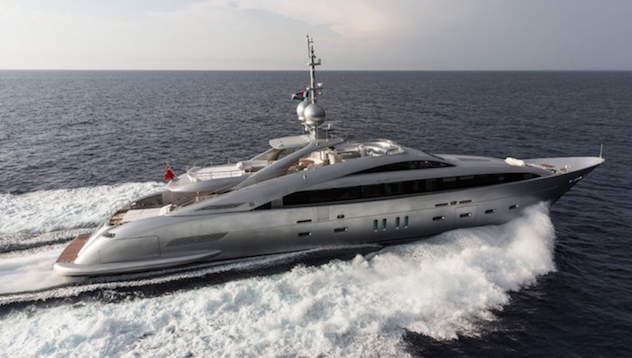 The ISA 140 Sport is certainly one of the more impressive yachts that you’ll see. It not only has a sleek design but it is apparently the first vessel to utilize a water jet propulsion system combined with a hybrid diesel and electric engine. The result is that the ISA 140 Sport can hit speeds of some 32-knots in addition to saving tons of fuel. The ISA 140 Sport has enough cabin space to hold around 10 guests and the interiors are very beautiful, as a variety of premium features were used like real marble and it even has goods from Hermès. 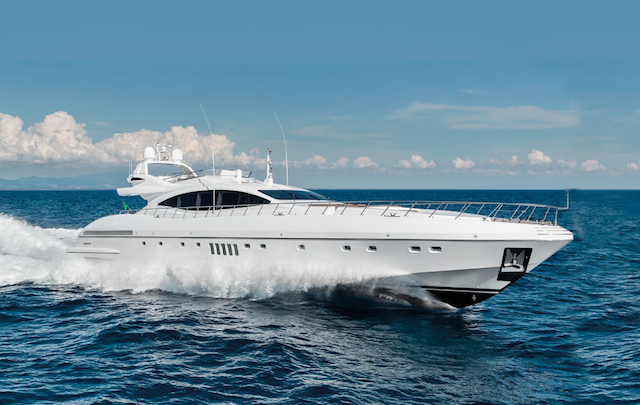 Overmarine Group showed off their Mangusta 132 at the 2016 Monaco Yacht Show, and it’s quite the beauty. It features a long and sleek body that’s distinctly Italian and is packed with a host of modern amenities. There are a few sun beds, al fresco dining areas, beautiful interior spaces, and room for a total of eleven guests. With its three MTU engines on board the Mangusta 132 can reach speeds of 37-knots, so it’s also a complete animal on the water as well. 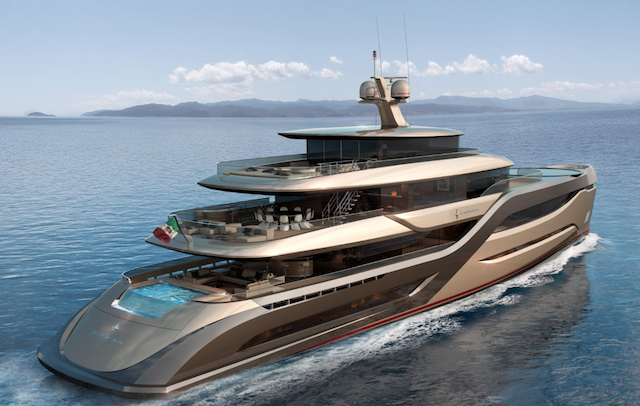 Admiral Yachts delivered their incredible Admiral E Motion 55 in 2016, and it has nearly all of the features one could want in a modern superyacht. The design is fairly unique and beautiful and it will be a hybrid vessel powered by both diesel engines and electric engines. On board we find six large cabins, a spa, a pool, multiple decks with exterior living space, and much more. 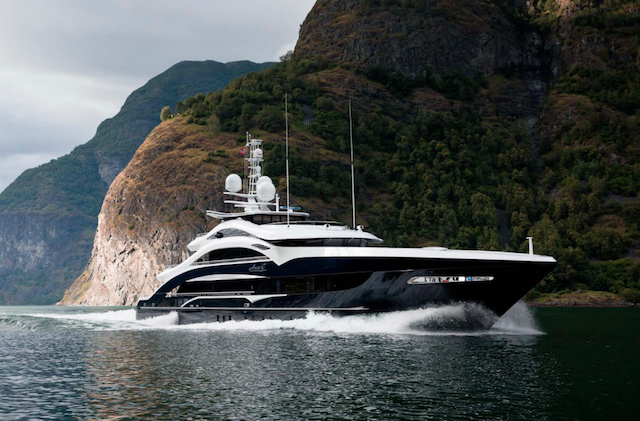 You can always count on Heesen to create extraordinary superyachts, and their new Ann G is yet another great vessel from the beloved brand. It’s about 164-feet in length meaning it can accommodate plenty of features. The exterior was designed by Clifford Denn while the interior spaces were created by Reymond Langton who used ebony wood and stainless steel to accentuate the yachts beauty.  The Ann G offers a personal spa, multiple cabins, a few sun beds, a gym, a bar, and much more. 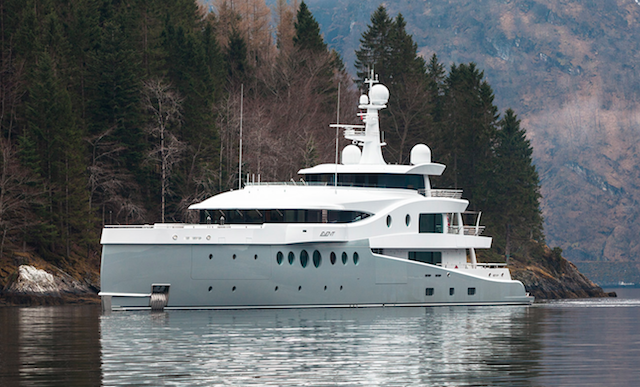 The stunning Madame Kate from Amels Holland turned many heads when it was unveiled at the 2015 Monaco Yacht Show. At around 200-feet in length, the Madame Kate features a great exterior design from Tim Heywood and they also included a unique paint finish that causes the Madame Kate to shine in the sunlight. The interior of this ship is also quite beautiful as it feels like a chic boutique hotel. It won a few awards at the Monaco Yacht Show and it will definitely be on our horizon for years to come.

Legendary yacht manufacturer Sunseeker revamped and upgraded their Sunseeker 131 for this year, and it’s yet another standout vessel to keep your eyes on. The old 131 was one of the companies most popular vessels, and they’ve added even more room to the new Sunseeker 131. It has an attractive exterior coupled with a beautiful interior that’s fit for royalty. Sunseeker offers customers a wide range of interior options so you can truly personalize this ship. It offers either five or six large cabins and can hit speeds of some 25-knots. 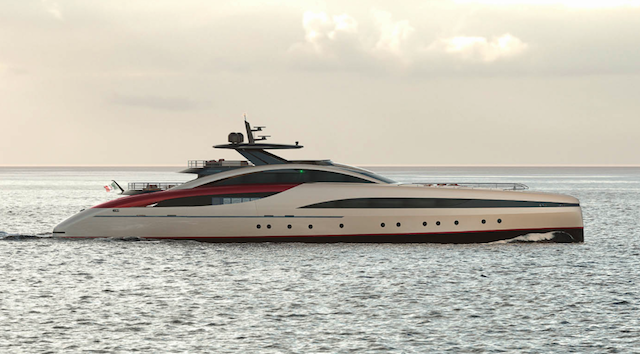 The M60 SeaFalcon by Mondomarine was one of the standout concepts shown at the Monaco Yacht Show, and it’s an exceptional vessel in pretty much all aspects. The stunning 198-foot vessel has a slim and long profile that allow it to cut through the water in addition to giving the vessel an aggressive appearance. There’s a master bedroom suite, five guest cabins, and room for a crew of 12. It will have things like a spa, a hot tub, multiple living rooms, a beach lounge, and with its two 16V 4000 M73L engines the SeaFalcon can reach speeds of 20-knots; an incredible feat for a 198-foot superyacht. 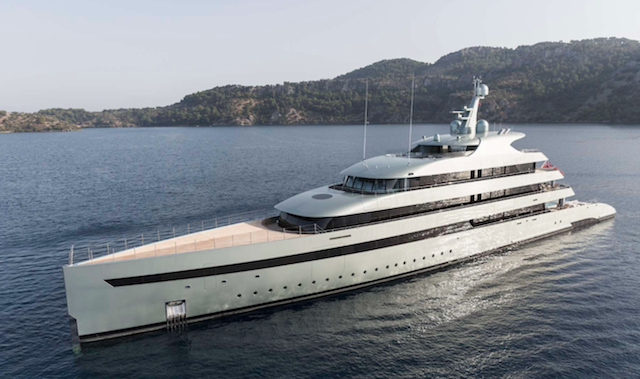 At nearly 274-feet in length the Savannah from Feadship is truly a superyacht in every sense of the word. This new ship from the company based in the Netherlands is poised to be one of the world’s leading superyachts in 2017. It features five decks, there’s two master staterooms, and then enough space for an additional 10 guests. A crew of at least 22 is needed to operate the ship as well. One of the most impressive features about the Savannah is that it is actually a hybrid, as it features one diesel engine and then three electric generators that power the behemoth. 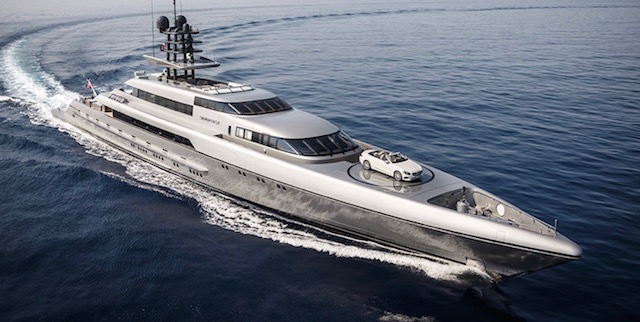 Winning the “Finest New Yacht” award at the 2015 Monaco Yacht Show, the 253-foot Silver Fast from the Australian company known as Silver Yachts is one of the most finest superyachts that was released in 2016. The vessel has a long and sleek exterior design with an equally impressive interior. There’s a helipad, multiple staterooms, a few lounge spaces, a large dining room area, a spa, a gym, a salon, and much more. Additionally the Silver Fast can reach speeds of 27-knots on the water which is truly impressive for a superyacht of this size.

Luxury yacht O’Neiro certainly lives up to its Greek name “Dream”. The motor yacht’s elegant interior features a palette of elegant, yet muted colors which soothe the senses and invite relaxation. The colors of blue… 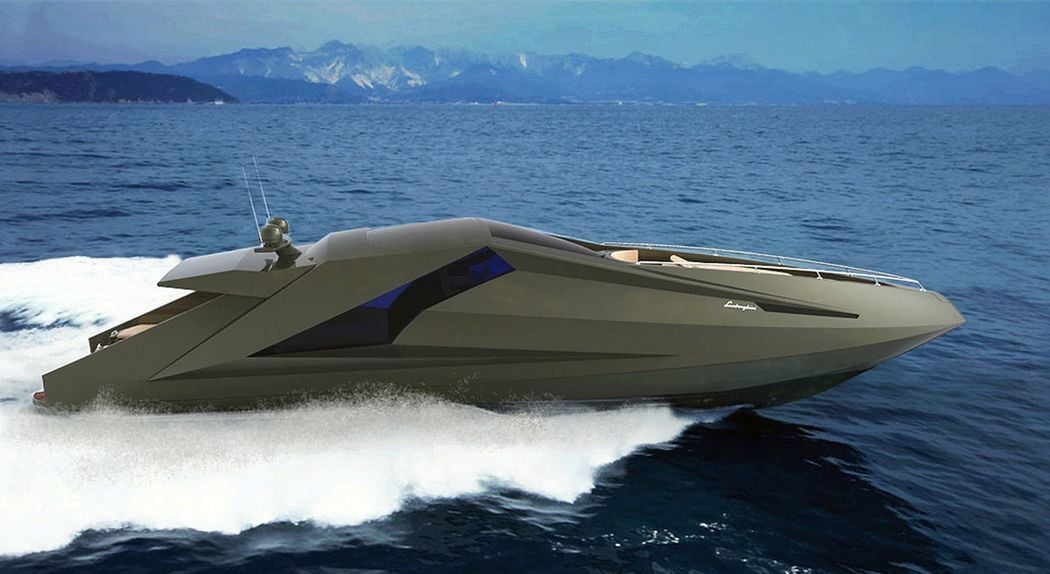 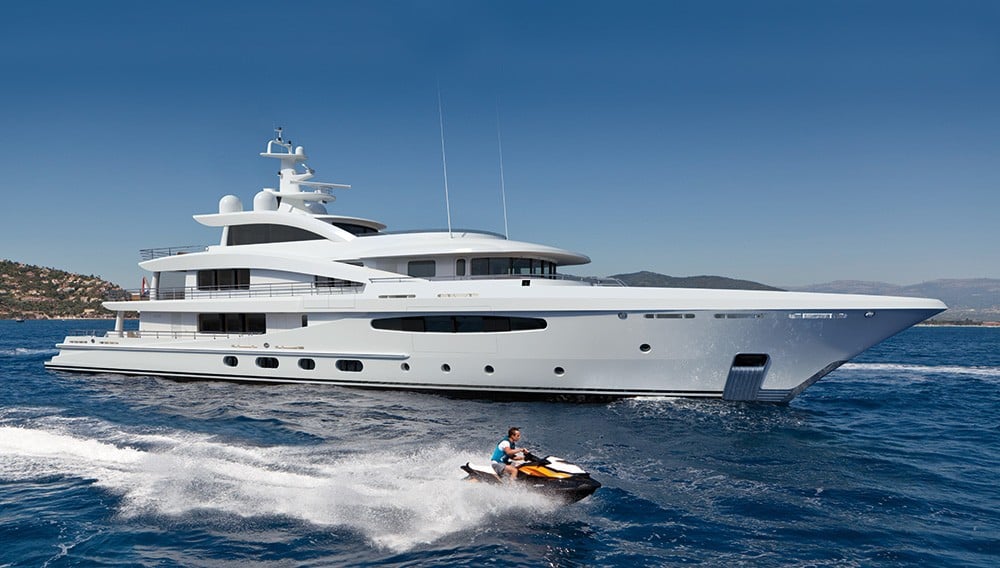 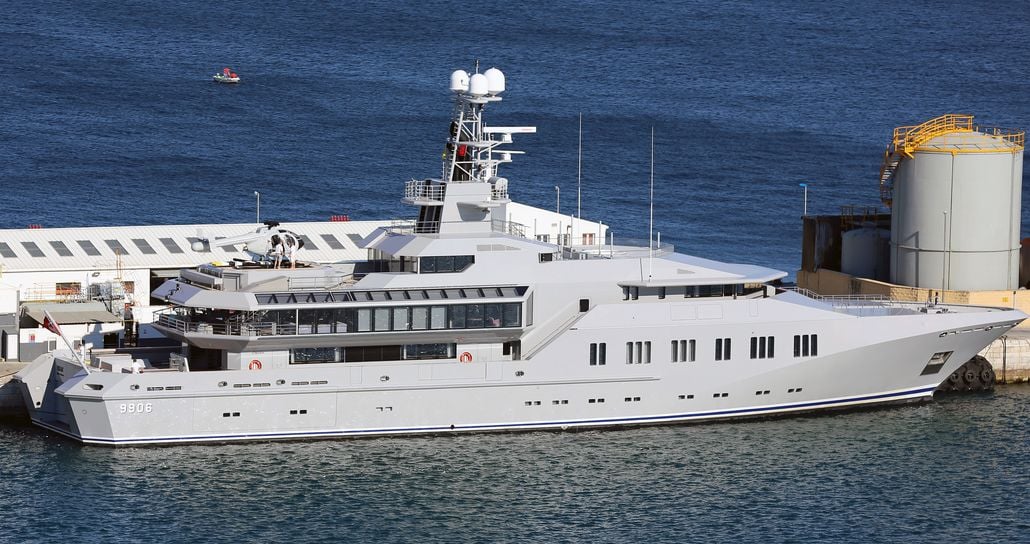 Constructed by Lurssen Werft out of Bremen, Germany as project 9906 (prominently displayed on the hull of the ship), and Skat, is a luxury yacht that boasts many geometric features which have found their way… 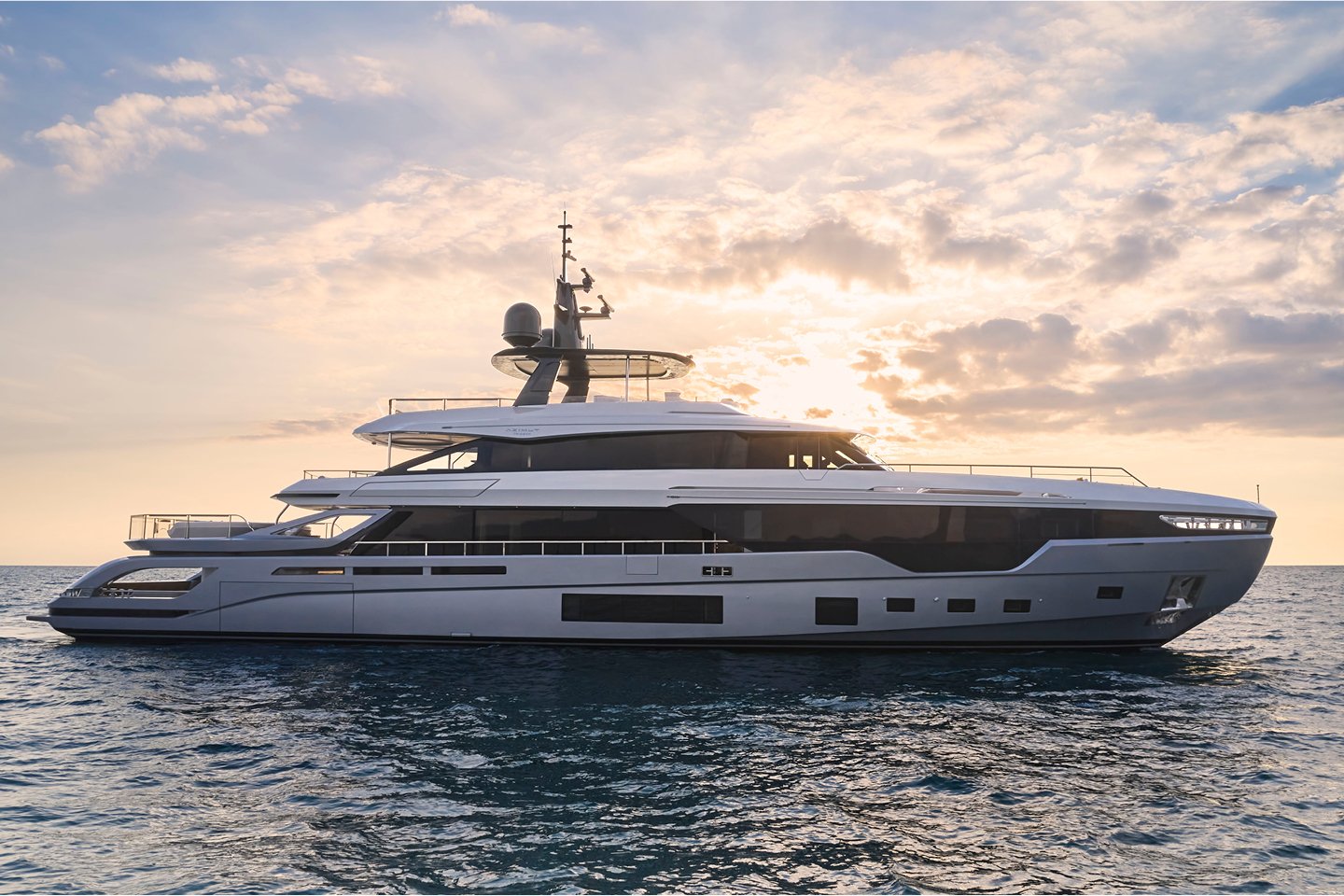 In October 2012, Azimut released images of a superyacht, the Azimut Grande 140 Trideck. It became the biggest vessel from the shipyard, utilizing a new D2P (Displacement to Planing) hull designed to reduce resistance and… 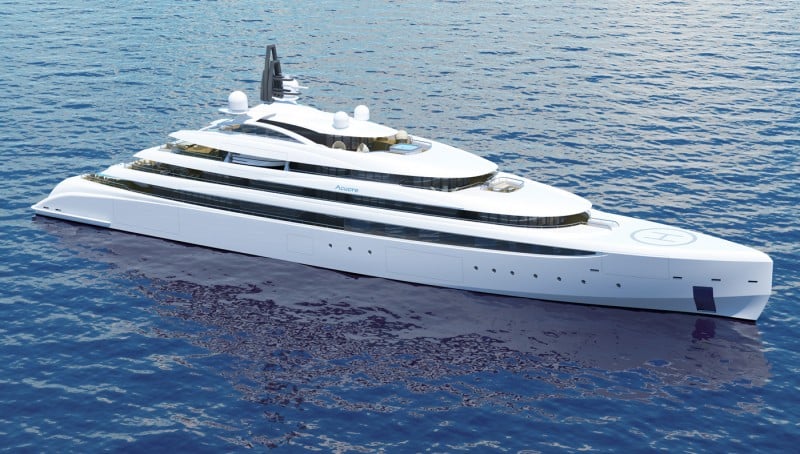 The A Group, the naval architecture and design firm responsible for the exterior of the 330 foot I Dynasty yacht, has unveiled their largest vessel yet: a 360 foot superyacht named Acuore. Despite its enormous…