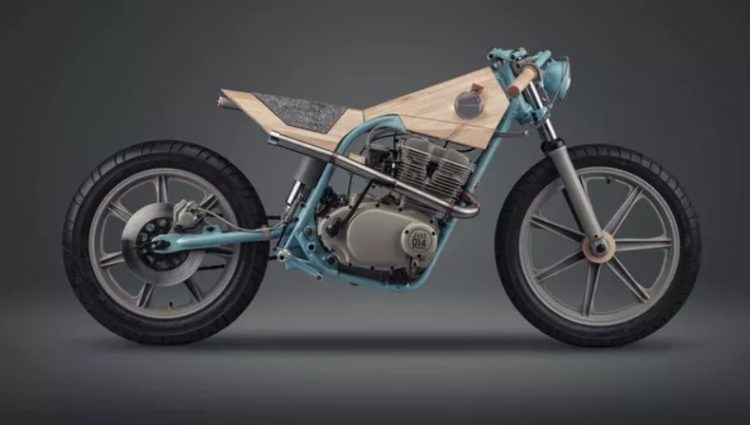 When you hear of a motorcycle, the first thing that comes to mind is most probably the speed you can cruise with as well as the many features that will enable you to ride one. Well, sometimes, our imagination can cheat us into thinking some things are real when they indeed are not. Take for instance the JVLT 014 motorcycle. You would think you will be riding it only to realize it is just a piece of furniture that looks like a motorcycle. Yes, all you can do with this custom motorcycle that isn’t a motorcycle, is sit on it and imagine yourself riding your favorite model of a motorbike.

Is it a motorcycle?

North East Custom outdid themselves by having this “motorcycle” when they collaborated with JoeVelluto Design. It was built for the Salone del Mobile Milano which is a furniture and design exhibition, so you can now begin to understand why it falls under furniture.

The objective of the bike’s design

According to Joe Velluto, the purpose of the project was to bring uniqueness in something that you will otherwise find as lacking customization. They, therefore, took a product that is in mass production and redesigned each component so that the reassembled piece portrayed uniqueness and newness. Since the motorbike drew inspiration from the furniture world, it was meant to be immobile and just a commodity to be admired. Although most of the components are from household stuff, the bike still has an engine, something that makes its design unusual as furniture. Using the things found at home helps the product to match with its new surroundings. 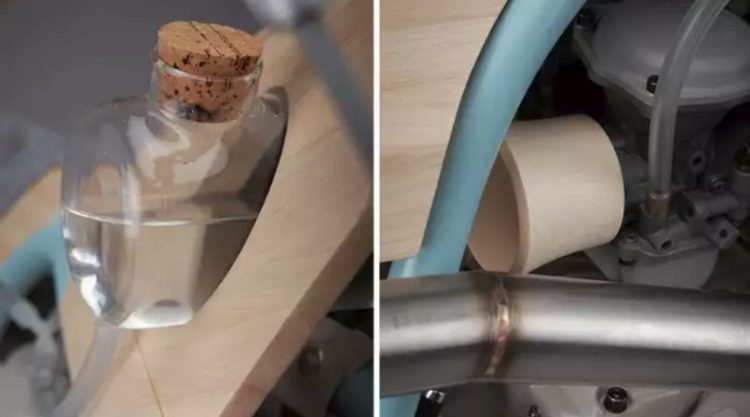 Seeing that you can have it in your living room, you can use the headlight as your reading lamp. Besides, the bike has a few modifications. For example, the brothers, Diego and Richard replaced the rear shocks with a mono shock setup. However they opted to keep the rear brake, maybe just in case you decide to have fun in your home, so you do not crash into the wall when you lose control. With the custom pipes and high stance, you would be forgiven to mistake it for a Scrambler.

As for the functional plastic and metal components of the motorbike, the brothers replaced them with wood fairing, corked glass jar and felt. The bike also gets to blend in with your décor since its creamy color scheme, adheres with the current trend in interior design.

The front light draws inspiration from desk lamps and is attached to an articulated arm. The arm allows the light to extend and be directed in multiple directions. Apart from the blue lamp that you can use as a reading lamp, your kids can test their mathematical abilities with the abacus, which has replaced the speedometer. However, the abacus is only useful for calculations that total to three since the balls are only three. Also, in case you need some water handy, the fuel tank gets to serve this purpose adequately. In place of the petrol tank is a glass bowl which juts out from the wood paneling decorating the bike. The glass, which was blown by Massimo Lunardon, a master glazier, has a cork stopper and you can use it as a flower vase. The seat, usually made from padded leather instead is constructed from felt. 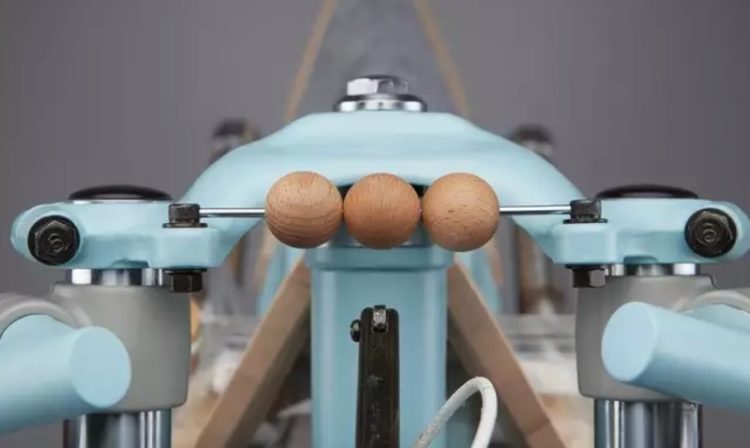 While most people may not find the JVLT 014 as something they can have in their home, others will fall in love with it. It might be hard to understand why the manufacturers would decommission a bike for use as a piece of furniture, but for the progressive thinkers, it is something that pushes them to be more creative.

Most of the motorbikes around have become something we expect, and even when new models enter the market, they do not bring with them that edge that will make you feel they are worth all the hype. They only get a few additional features with most components remaining precisely the same, yet the price shoots up significantly.