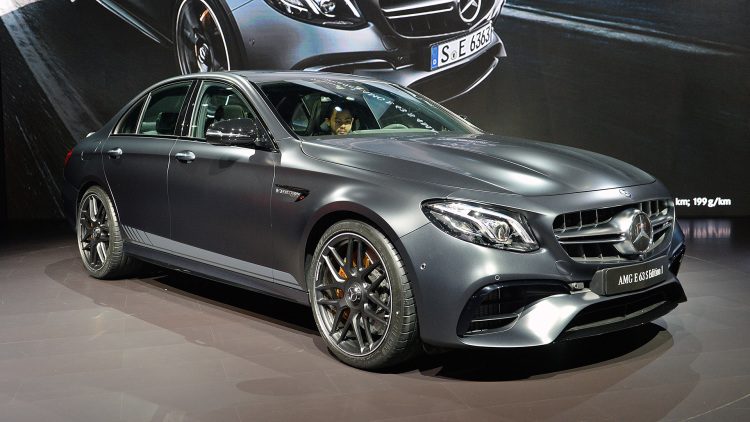 Looking forward into the new year for the newest and most anticipated cars is exciting. Car enthusiasts and new car buyers are always interested to see what the different automakers have in store for us. Will there be radical changes to any of their models? How will they perform? And which ones are expected rank the highest for the best value? Sedans are always a popular model for all automakers. Most automakers will tweak or overhaul a favorite Sedan in their lineup each year to keep up with the latest designs and technology available.

Some of the most popular Sedans from 2016 and 2017 include the Cadillac CTS and ATS, Mazda 3, and the Tesla Model 3, which has been dubbed, the Best Electric Sports Sedan. It was equipped with an auto-pilot, self-driving feature and created quite a buzz. The BMW 3-Series Sedan was a well-talked-about Sedan and Honda made a comeback with the new, Honda Civic Sedan.

Looking forward into 2018 at the top 10 Sedans, here is what you can expect to see. 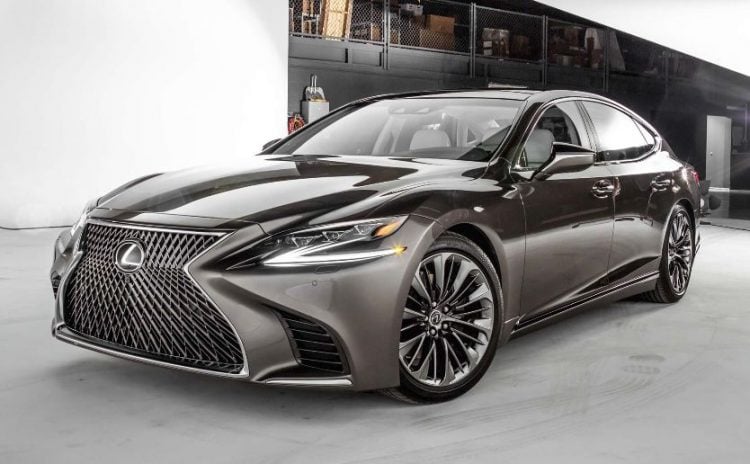 Lexus has always stood out among other automakers in design, performance and luxury when it comes to their Sedans. Lexus has unveiled the 2018 Lexus LS and it has once again, proven to be impressive in every aspect. The LS sports a remarkable powertrain and suspension with improved safety. The upcoming LS is expected to be the new-generation in ultimate luxury cars across the globe and to earn that, Lexus has installed a new twin-turbo 3.5-liter V6 engine which produces 415 hp and 443 lb-ft of torque. 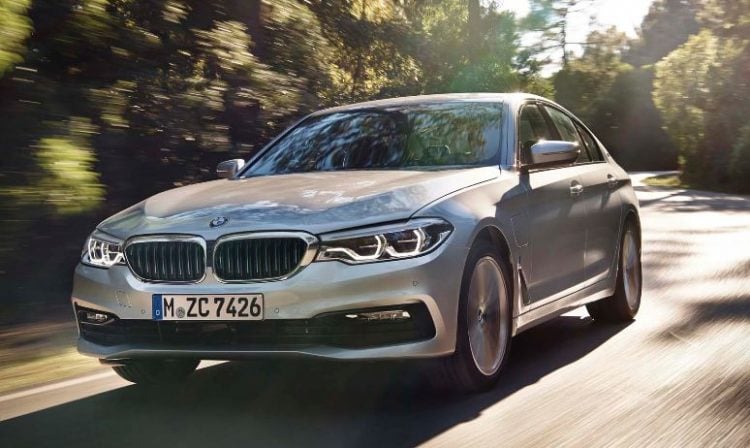 The BMW 530e is a clear version of BMW’s 5-series, with a plug. This BMW plug-in hybrid was given the “iPerformance” badge to keep it in line with the i8 and i3 EV’s; BMW’s green model cars. The 530e was designed with a 2.0-liter turbocharged 4-cylinder engine, as well as an eight-speed automatic transmission, and a single electric motor. BMW’s previous green model the 330 from the 3-Series was only available with a rear-wheel drive, the 530e is going to be offered with another option as well, you will be able to choose an all-wheel drive if you prefer. As far as the total system output, it will be the same: 248 hp and 310 lbs-feet of torque. This kind of power means you’ll see the 530e go from 0-60 in an impressive 6.0 seconds. The BMW 530e is expected to start at a price of $53,700 US, with a $997 Destination and Handling fee. Expect to see this Sedan hit the showrooms in the spring of 2017. Kia has been a popular name in the auto world with a large lineup of popular vehicles for years. There has been talk of a new Sedan being produced for years, and now that talk has become reality and the new Kia has adopted the Stinger name. It will be a sleeker, sporty version that some may label as aggressive in appearance. It is similar to that of the K900, but with a lower roofline, and the new top-of-the-line Stinger will draw its power from a biturbo 3.3-liter V6 engine that will give the car an impressive 365-hp and 376-lbs-ft of torque. It has been said that it will be the most powerful Kia on the road.

Inside, you’ll see that the contoured seats are now sporting some Nappa leather touches as well as the steering wheel is a thicker wheel and wrapped in leather. The dash looks sleek and sports both analog and digital dials. A few firsts for the Stinger are under-seat mounted subwoofers that are included in the options Harman Kardon 15-speaker system as well as a Driver Attention Alert System is added and an electronically adjustable suspension with 5 drive modes is also new for the Kia. The Camry has been one of the most favorited of all Sedans. Now, the new Toyota Camry coming in 2018 will be even more to look at as the CEO of Toyota was not just wanting to nip and tuck the 2017 model, but to make some changes that would set it apart from the boring. Although the size is similar to the ’17 model with the hood being just 1.6 inches lower and the roofline, 1.2 inches lower, the car will be a more athletic looking and driving vehicle. Inside the new Sedan, from the seats to the dash, there will be a whole new look and feel to the car that owners will love to drive. 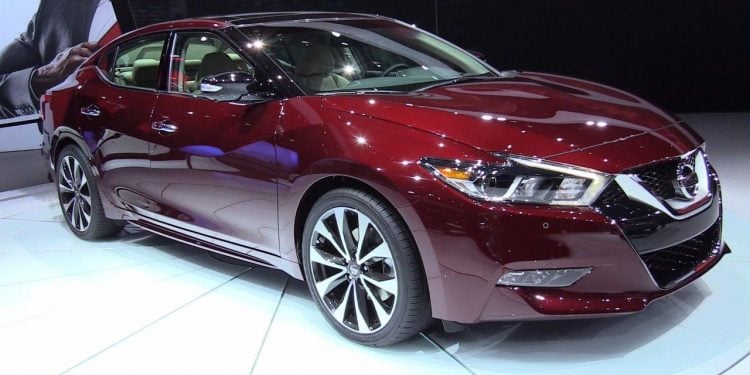 When many people think of a Sedan, a Nissan Maxima is what they might picture. The Maxima has been being produced since 1981 and it is a full-sized Sedan. It has been one of the most popular Sedans on the road ever since it hit the production line decades ago. As a matter-of-fact, it has been ranking in the top 3 for the past many years. For the most part, Nissan has been happy with the way the Maxima looks and hasn’t made a whole of changes to it for some time.

This may be due to the fact that it has remained so popular the way it is. Of course, Nissan typically makes some minor tweaks and changes with each one to keep it fresh and updated, and although not much has been leaked about the 2018 Maxima, it has been said that the same will go for this one; minor tweaks will happen. You can expect to see a few changes to the grille, lights and bumper, as well as some tech improvements and a tweak to the hp of the engine – for its efficiency. Other than that, it will still look sleek and modern. Honda has consistently produced popular Sedans that are known for their reliability, comfort and performance. The 2018 Honda Accord will be no different. According to experts, the 2018 will be upgraded in appearance as well as a redesigned powertrain. It’s been mentioned that the hybrid version will remain the same, supported by a four-cylinder gas integrated with an electric unit. There has been word on casual-talk auto websites that Honda wants to make the 2018 Accord Turbocharged being that it has a better output motor compared to the 2017 model. Even so, all of the trim levels will be mounted using front-wheel drive. The V6 engine with 3.5 liter will give 278 hp, will be used will give owners a more reliable engine. 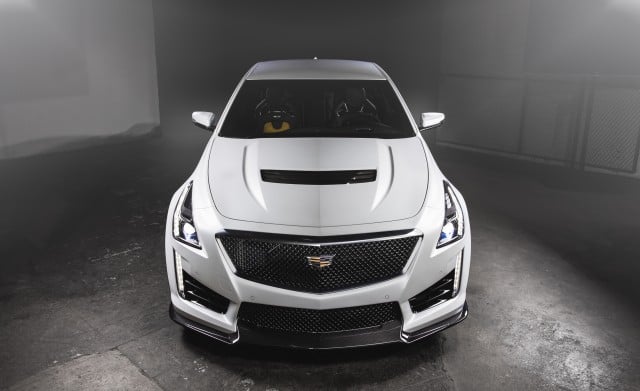 Cadillac has been a car synonymous with style, comfort and luxury. Every version of the Sedan has lived up to the Cadillac name and their reputation. The new, 2018 CTS-V Sedan promises the same. As far as the outside body-style, not many changes were made. LED lights were added to both the headlights and backdrop illuminations for a more lavish and vibrant look. Inside, new Cadillac will retain its seek, modern look with the most high-end, innovative details. The will be given an upgraded instrument board that will increase the luxurious look of the dash. As far as performance, the car will be given alternatives to motor choices which include: A 4 chamber 270-hp, 337-hp V6, and a 425-hp V6 motor. The new Audi Sedan is expected to lose the RS3’s Turbocharged, 367 hp 5-cylinder for the all-new aluminum-block-Turbo-five banger which delivers 400 hp. It’s expected that this will give the Sedan the power to easily sail from 0-60 in an impressive 4 seconds flat. To assist with this power, Audi is giving their new Sedan more aggressive bodywork to match its incredible power. Inside, Audi’s Sedan looks modern and lavish with leather seats and high-tech dash with the latest innovative high-end instruments for optimum control of everything about the car. Mercedes Benz has been one name highly associated with luxury automobiles for years. They are a global automobile company that everyone else looks to for their latest models. They set the bar high every year with their new releases and it’s no different with this next year’s model of their Sedan. The 2018 Mercedes AMG-E63 promises to impress any auto and Mercedes enthusiast with the new, sportier hood, wider wheel arches, new radiator grille and twin louvers in silver chrome and vertical black struts. Mercedes gave the new 2018 a wider front bumper and for cooling, it added a large front splitter. Silver chrome inserts were added to set it apart from the base model. Inside the E63, Mercedes added some ripples of colors around the console to the doors, and on the dash. It’s a brighter more uplifting mood inside the cabin – modern and cool. The performance on this car is impressive as well with a 4.0 liter twin-turbo V-8 which gives it 603 hp and 627 lb ft or torque. 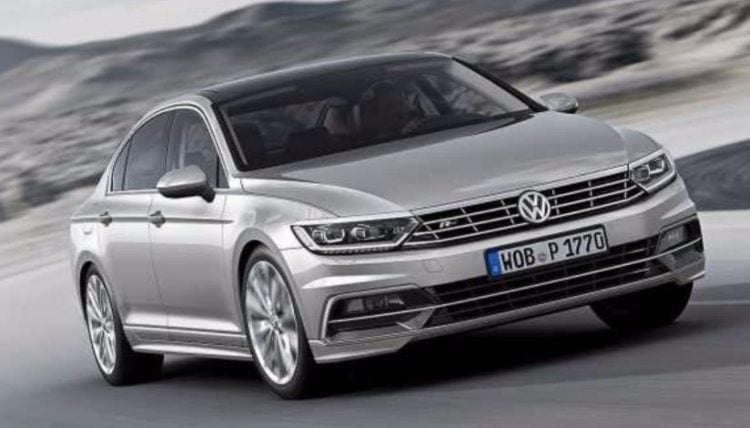 Volkswagen Passat is already getting the attention of car reviewers and consumers for their 2018 model. The new model is expected to be an even more refined quality that boasts of flawless handling and performance. It is expected to be one of the top-selling automobiles in 2018. Some of the key features will be; automatic braking, crash avoidance side and front impact sensors, keyless entry, ventilated and heated front seats, executive leather seats, push start and much more. The outer body will be streamlined four-door body with alloy wheels. It also features uniquely designed headlights that make a slight incline toward the mini-grille on the front-end. Overall, the VW Passat will retain its sleek, sporty body style. Performance-wise, the Passat will feature a V6 2.0 liter 4 cylinder engine that is able to generate 175 hp.

If a new Sedan is in your future, it appears that 2018 is going to be a good year for the model under several automaker’s names. You can expect to see some good changes with some of the Sedans from these big automaker’s names and all of the changes mentioned from the automakers; whether it’s design, luxury, performance or all of the above, are said they will only improve their Sedan.

The 10 Most Anticipated Sports Car Sedans of 2017

The 10 Most Anticipated Luxury Mid Size Sedans of 2017