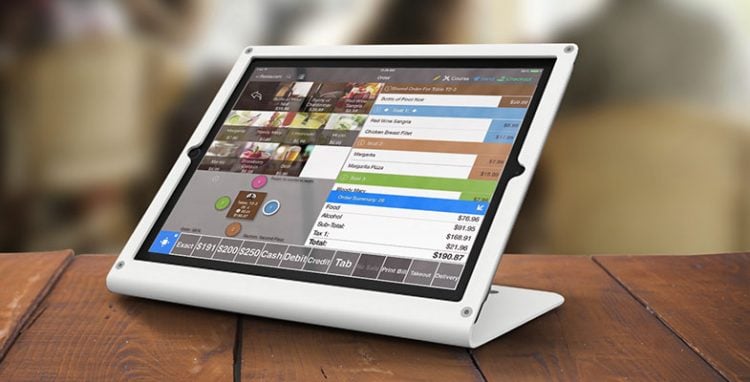 It takes more than just delicious food to maintain customers in the hotel industry. Today, the race for perfection is in terms of efficiency, and TouchBistro is fast proving to be the company to watch in service provision in restaurants all over the world. You have probably used this new platform when eating out and not known the innovative start-up behind the experience. Here is a comprehensive overview about TouchBistro, what it does, and what the future may have in store for it and the hotel industry as a whole.

The idea behind TouchBistro was conceived over a light conversation between two friends looking for a solution to a common problem. Alex Barrotti, the brains behind the application, got the idea during a visit to the Caribbean in 2010 when having sushi at his friend’s restaurant. During their conversation, the restaurant owner expressed his need for a means of taking orders tableside and sending them to the kitchen without having to wait on his customers.

Although the two friends did not find a solution to the problem at the time, Barrotti toyed with the idea and came up with an iPad-based point of sale by the name TouchBistro. The application was launched one year later in June, 2011.

Today, TouchBistro has become more than just a convenient trend among restaurants; it is a great advantage over the rest of the competition and, hence, a must-have for restaurants. It is also a very promising start-up; financially.

TouchBistro has made significant strides in the past five years, and experts project a bright future for the Canadian-based start-up. Not only has the company set a trend in the hotel industry all over the world, but it has also generated a lot of income and gained multiple recognition.

TouchBistro is currently ranked as the top-grossing point-of-service application in more than 35 countries on Apple’s app store, and its popularity is quickly spreading to developing countries too. It has also bagged several awards, one of which is the prestigious Stevie Award, which is an international business award given in recognition of excellent customer services.

TouchBistro was founded by Alex Barrotti, who has also been responsible for steering the company for the past five years as its CEO. It has offices in New York and Canada, but operates in over 37 countries worldwide.

What Does TouchBistro Do?

TouchBistro is a point-of-sale application that connects customers to the kitchen, counter, and any other department in a restaurant. This app allows you to do everything that you would previously need to liaise with a waiter for: making menu selections, sending them wirelessly directly to the chef, customizing seating arrangements, splitting tabs, and even making payments tableside; you can even get your receipt emailed to you. For restaurant owners, it goes a step further to generate daily sales reports and even manage employees’ activities, among other things.

Basically, TouchBistro minimizes interaction between staffers and customers and gives the latter total control over all their wants and preferences.

TouchBistro is built on a simple idea. The app is cloud-based or locally installed depending on your needs as the restaurant owner. For small restaurants, the application is locally installed and does not need an internet connection to work. All that is needed is one iPad that links to all your customers’ iPads and allows you to monitor and manage all their orders. Large restaurants, however, may need two or more iPads, in which case they also need a Mac Mini to run a Pro Server Application that acts as the central database and keeps all iPads in synch.

TouchBistro seems to have a bright future ahead as it is growing quickly and eliciting a lot of trust and confidence among investors. So far, the company’s partnership with Square and its successful fundraising rounds point to good tidings.

In August, TouchBistro announced that it would be partnering with Square, one of the leading companies in mobile payments processing. The partnership is intended to integrate all of Square’s services with TouchBistro’s with the primary goal of easing the process of paying tableside for the latter’s users. As such, TouchBistro users will be able to transfer their restaurant bills automatically to Square and choose from several payment options such as Apple Pay, thus minimizing errors made when relying on other payment platforms.

The company’s success has also not gone unnoticed by investors considering how much money it has already bagged in funding. The company has so far raised $30 million in funding, and the amount raised has been growing with each series of fundraising. The company managed to bag $17 million in funding in its series B financing. This latest round of funding attracted new investors such as Huff capital and Round 13 Capital, who joined renowned investors such as BDC IT Venture Fund and Kensington Capital Partners.

According to Alex Barrotti, the money will be used to further expand the company and refine the TouchBistro platform. He says that the company’s focus will be on sales and marketing as well as forming partnerships with other leading companies in the hotel industry and related industries. To this end, the company is expected to venture into new markets in developing countries in Africa, Asia, and the Middle East as well as strengthen its position in Europe and the U.S. by refining its platform.

What’s next for TouchBistro?

A lot of investors are banking on TouchBistro to grow its customer base and generate even more revenues in the future. The next few years for TouchBistro will be characterized by partnerships and acquisitions as well as increased marketing and entry into new markets around the world. Considering the progress that it has made in the past five years, coupled with investors and partners’ high confidence in it, the company will very likely join the list of outstanding billion-dollar start-ups.