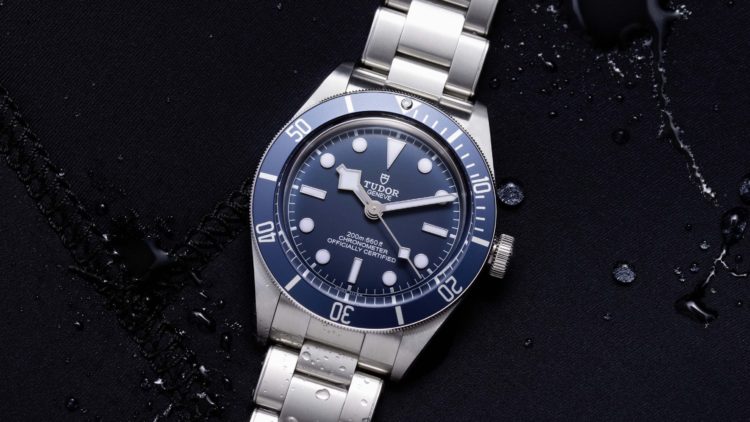 The luxury watch brand Tudor celebrates the creation of its first divers’ watches that they titled the Black Bay fifty-Eight collection. They’ve recently announced the release of a new member of the family that is called the Navy Blue. This is a magnificent watch that thematically represents the depths of the ocean. To help you become more familiar with this new masterpiece, here are 10 things that you didn’t know about the Tudor Black Bay Fifty-Eight Navy Blue wristwatch.

1. The Black Bay Fifty-Eight Navy Blue is designed for 2 audiences

Although this watch is an excellent choice for divers or anyone else who finds it to be an attractive timepiece, Tudor has specially designed the watch for two distinct groups. It is made to provide the optimum fit for slim wrists. Anyone can wear it but those who have found heavier profile divers to be cumbersome will appreciate the lightness on a smaller wrist. The second group is those who have an appreciation for a vintage aesthetic as this watch is inspired by the early divers created and it is the perfect melding of vintage 1950s through 1969 elements and modern in its design.

2. The name of the watch is from the first diver

Tudor released its first divers’ watch in 1958. The timepiece was called the Big Crown, reference 7924. This is why the collection is called the “Fifty-Eight.” It shares certain characteristics from the time period including a 39 mm case with a slim profile. The design team has kept the proportions of the watch consistent with those from the late 1950s era. The two also share the blue dial and bezel. This watch is historically significant because it was adopted as the official divers’ watch for the French Navy in the 1970s.

3. The movement is in-house

The movement that powers the Tudor Black Bay Fifty-Eight Navy Blue is a Manufacture Calibre MT 5402. This is an in-house movement that is designed and manufactured by the brand for its watches that are of medium size. It measures 26 mm in width and is a certified chronometer by COSC. The power reserve is 70 hours and it features an openwork rotor with the manipulate and bridges entirely satin-brushed with laser decorations and sand-blasted surfaces for an ornate and detailed aesthetic.

4. There are multiple bracelet choices

The Fifty-Eight Navy Blue comes with several customization options for the bracelets. Customers who place their order directly with Tudor have the choice of a fabric strap that is crafted with a Jacquard technique, or a soft touch leather strap that comes within a folding style clasp. Stylistically, the third choice of the bracelet is available in a riveted steel type with a satin and polished finish.

5. The crown and hands are outstanding features

The Black Bay Fifty-Eight is distinguishable by its signature features. The two most important are the “big crown” and the “snowflake hands.” These are both Tudor designs. We begin with the hands. They are angular and the style first made its appearance in 1969. It has remained a popular signature feature in many of Tudor’s watches. The winding crown is another significant feature with its oversized presence that appeared in the first generation of the brand’s watches.

6. The dial is highly legible

One of the features we appreciate most about the Black Bay Fifty-Eight Navy Blue is the fact that it is easy to read at a glance. The dial is a blue color with grey overtones in the hue that presents an ideal background for the brilliant white hour and minute markers. The snowflake hands are also finished in white luminescent coating along with the indexes to make it glow a bright green at night. You can easily read the face of the watch in all lighting environments.

The case of the Fifty-Eight Navy Blue measures 39 mm in width and 11.2 mm in depth. While it’s not ultra-thin, it is smaller around and it fits on a smaller wrist nicely. The lugs are undrilled and measure 47 mm in distance. The case and case back are made of stainless steel material for durability and water-resistance. The crown is high-quality and oversized.

8. The bezel is a unique design

The bezel is thicker featuring a 60 click design. We like the quality of the click as much as the premium materials used in the manufacture of this watch. It is quality through and through. The rotating bezel is the same color as the dial with white markers around the outer portion, presented in an inset manner. It ties the rest of the watch together nicely.

Premium materials in high quality and well-constructed luxury watches do not come cheaply. We’re a bit surprised at the modest pricing of the Tudor Black Bay Fifty-Eight Navy Blue. Those who choose the fabric or soft-touch synthetic strap will pay an MSRP or $3,375 apiece. The steel bracelet version goes for $3,700.This is a bargain for those who know the value of a high-end diver’s watch

The Tudor Black Bay Fifty-Eight Navy Blue is designed to be a conversation piece with its magnificent beauty. It’s a chronograph with multiple useful functions, and it brings form and function neatly together in one package. Thanks to the solid construction of this timepiece it has a water-resistance rating of 200 meters. This is the equivalent of 660 feet. It can be worn in the shower while swimming when snorkeling and it’s also suitable for diving. This is a tried and true diver’s watch that is made to hold up under the pressures of the depths of water without harm to its operation. 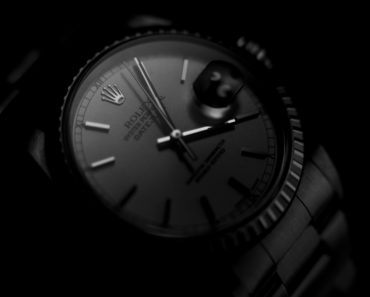 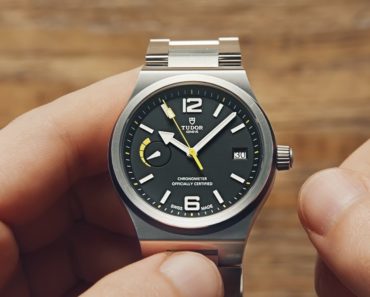 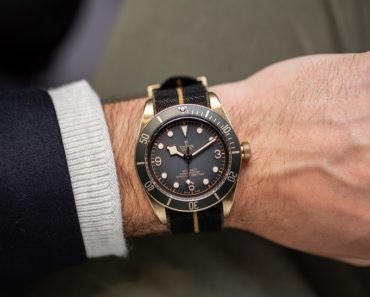 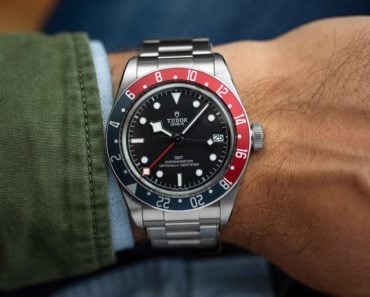