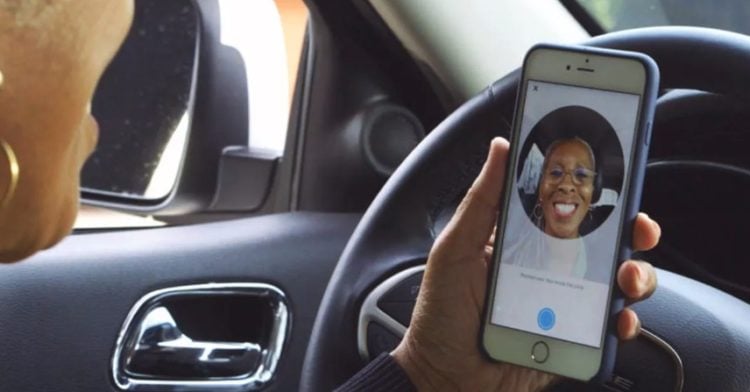 The future is undeniably now, and the future is literally in the palm of our hands. Mobile technology has enabled us so many capabilities that were not available even just a decade ago. One of those new age developments come in the form of apps—particularly ride-sharing apps. Ride-sharing apps allow users to easily call for rides without having to deal with inconveniences of more traditional public transportation such as cabs or buses. Ride-sharing apps such as Uber and Lyft have risen in popularity over the last several years, but their usefulness also comes with negativity. Here are five unintended bad outcomes that have become the byproduct of the existence of ride-sharing apps.

There’s certainly a connection between the increase in binge drinking in certain cities and the popularity of ride-sharing apps. There was a time when designated drivers and taxi cabs were the most common options for people to get safely home after consuming more than the legal amount of alcohol. Even with the existence of those options, drunk driving continued to be a problem nationwide. Many have argued that ride-sharing apps might be increasing caution in people—preventing many from driving while under the influence. While that may prove to be the case in many cities, there’s also a clear link between ride-hailing services and an increase in alcohol consumption. Most people will knowingly order a ride services for the sole purpose of being able to drink while out. It’s a good option when it comes to safety, but it’s definitely not at all that positive in terms of health and wellness overall. It seems that ride sharing leads to an increase in binge drinking for many.

Major cities have had issues with traffic for ages now. It’s almost just a given. Cities such as New York City, San Francisco, or Miami are expected to have bad traffic due to the population. However, the popularity of ride-sharing apps has added to the problem of traffic not only in major cities but also in suburban areas. There isn’t a lot of qualification required in order to become an Uber driver or Lyft driver. In most cases, all you’d really need to have is a qualified vehicle in order to begin transporting people for extra cash. It’s an attractive option for those looking for side income or even an alternative full-time job. This means that there are more drivers on the road looking to transport app users from one location to another. The traffic surge is even more obvious in areas that area already prone to high traffic such as downtown areas, airports, and tourist destinations. While it may be convenient for those traveling on foot to be able to get a ride faster, it’s certainly made it more difficult for other commuters on the road to navigate traffic among ride-sharing app drivers.

Most people who drive for ride-sharing companies such as Uber are looking for extra income. It’s an easy side hustle for most. You pick people up and drop them off to their destination for cash. It’s a flexible gig that has essentially limitless income potential. The more work you can pick up—the more money you can make. It’s a great deal for most, but it has the potential of becoming an issue when it comes time to pay taxes. Any income received from ride-sharing services is considered self-employment income, and most people are either unaware of this or just fail to acknowledge the fact. This is true whether you’re driving as part-time employment or full-time. There are tax preparation services that help remedy this situation, especially for those who prepare their own taxes. However, it all boils down to whether rideshare drivers are willing to look into proper tax preparation options or not.

With the increase in traffic brought on by ridesharing apps also comes an increasing concern for road safety. Since there are more cars on the roads these days, there are also relatively more accidents. Whether rideshare drivers cause accidents is irrelevant because accidents will happen unpredictably. However, insurance coverage has become a point of confusion for most people who have had to deal with a rideshare-related accident. Both drivers and passengers have to be aware of the insurance clauses associated with operating and riding on personal vehicles. Insurance coverage changes depending on which point of the rideshare transaction does the accident occur. There’s more for drivers to be cautious about since they occupy the vehicles longer. The only time drivers and passengers are covered by rideshare company insurance is during the point of pickup until the point of drop off. At any other time before pick up or after drop off, the driver is left to the care of his own personal insurance company. The problem in this case is that many insurance companies today refuse to pay out for a claim that occurred during a work-related drive.

This unintended negative outcome is probably the most controversial out of all on the list because it deals with real humanitarian concerns. Ridesharing apps allow predators easy access to their victims. While rideshare companies do a thorough application process before a driver gets approved for work, there are still those that manage to get through the cracks. There have been numerous incidences in the past of passengers that have been victimized by their rideshare drivers. Some forms of victimization have included stalking, assault, rape, and even kidnapping, but this list is certainly not complete. It’s a risk that passengers knowingly accept when they get into a rideshare vehicle, but there are certain measures they can take in order to ensure their own safety. Reading driver bios, reviews, and information is crucial. Paying attention to car information details is also important. There have been too many instances of victimization related to rideshare apps for anyone to consider it lightly—especially those that use ridesharing frequently.