Home
Business
What is the Sharing Economy and How Will it Affect the Future? 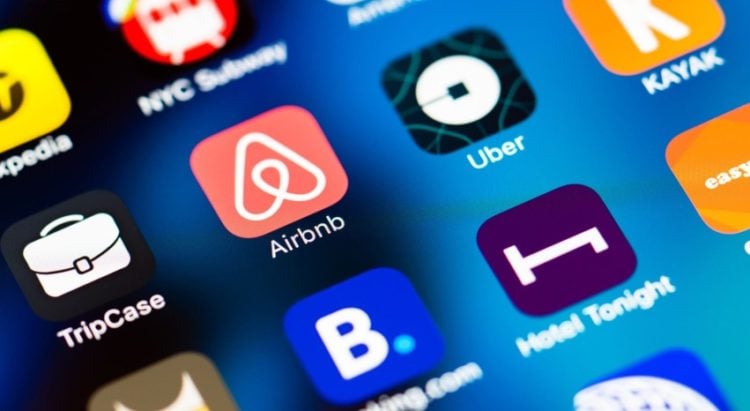 “Eliminate the middleman.” This was the mantra of millions of people more than 40 years ago who realized that they could save significant amounts of money if they would just “buy direct” from the manufacturer or service provider. Farmer’s markets are a primitive example of this, as farmers could go to a local town and sell their crops without having to negotiate deals with distribution companies. You can still find them in many towns on a seasonal basis, though this is primarily beneficial for smaller producers.

That basic concept has become mainstream in the form of what is more commonly known known as the “sharing economy.” There are other, more technical terms for the movement – the P2P economy, the collaborative economy, collaborative consumption – but they all refer to a concept which is designed to provide goods and services direct to consumers.

How is this done? Those familiar with file sharing services and peer-to-peer computer networks have a solid concept of what is going on. If you send a music file that you legally own to another person over a network, such as the Internet, for a price or fee, you have engaged in a sharing economy transaction. You don’t have to go through a music or recording company like Sony to distribute your product or make a profit. Anyone who has tried to use SME owned music to create their YouTube content knows what a pain that can be because of the copyright claim. In fact, there are movements trying to change the existing copyright laws to create more opportunities for creativity.

One benefit to the owner of the product is they can set their own price and don’t have to calculate the cost of a middleman. In the sharing economy, your product or service is strictly “buy direct” allowing the seller to set a price as they see fit. If you sell that song for $1 to one person and decide that another buyer who wants 1,000 copies of the song should get it for 82 cents a song, there are no other considerations to worry about. Another benefit of the sharing economy is it offers a hybrid alternative to traditional economic supply and demand models.

Chances are, you have already participated in the sharing economy without even knowing about it. If you have bought an album from iTunes or taken a ride in an Uber car, you have voluntarily participated. Moving away from the individual peer-to-peer transaction, there are millions of people who are choosing community based platforms such as AirBnB to take care of essentials such as a place to stay, how to get there, and even borrowing the money to make it all happen. The sharing economy will be changing the way everyone lives and conducts business in the future.

The next question to be asked is how is this possible? In a consumer-focused marketplace, it is the consumer who clearly is the force driving this new economy. It makes sense for people to want to save money on everything from the music they listen to on their digital devices to how much they spend each year on gas and maintenance for their cars. The days of having to go to a music store to purchase a physical album are just about gone. Social media websites such as YouTube are offering music that goes back 50 years up to today’s latest music video hits for the cost of a decent Internet connection.

Did you know that about 95 percent of the time your car sits in the garage or driveway unused? The study, conducted by the Brookings Institute, made the calculation based on the lifetime of the car. So while you may drive your car to work, to school, and to go out on the weekend, your car is sitting there doing nothing while you’re sleeping and working. There is a convenience factor to be considered since not everyone wants to wait for an Uber driver to take you to work (dating would also be a bit more uncomfortable) but for the majority of the time Uber is an economically better alternative over the long haul – statistically speaking.

While consumers have control over the degree to how often they will participate in the sharing economy, a critical factor that has made this possible for both the buyer and the seller is what is called Big Data. Simply defined, Big Data is the accumulation of all the data gather from all the places consumers conduct business or browse on the Internet. All those cookies you have been feeding Google and other companies can be credited with you saving money every day.

Cookies and consumer data collection have brought about specters of invasion of privacy and Big Brother. However, it is that same data that has made the shared economy possible. Take for example you are a business who has the need for website content to be written to advertise your business. Before Big Data you might have to go to a local employment agency or advertise in a local newspaper to find the person you need. The agency will likely cost you more, while the newspaper ad will cost you time to interview the right person. But because of Big Data it has allowed online businesses such as iWriter to exist because it focuses on a narrow range of job specialties, such as freelance writers, that will allow you to conduct the search personally. You can choose the amount you are willing to pay, the time you need the job done, and the geographical area to search – and find candidates within minutes.

The sharing economy is actually a niche-style economy because business and individuals use Big Data to target the most likely consumers to buy their product or service. Facebook has used this idea to sell your data to other companies while making huge profits. The information you voluntarily give up saves companies significant cash because instead of spending millions of dollars on a broad advertising campaign they can seek out consumers who are most likely to buy their product (and largely ignore everyone else). Some of the niche economies the sharing economy target include:

The sharing economy takes place almost exclusively online, which once again connects to Big Data. But it has become obvious that this noble idea of a community-based economy collaborating through the Internet is not without its problems. The recent murder of a woman getting into a vehicle that she thought was an Uber ride, and the personal data of millions of consumers being compromised by other businesses has only added to the attempts of the sharing economy to be more widely accepted.

Then there are the broader legal issues. Because the businesses that provide goods and services are almost exclusively online, government regulation of the sharing economy has become problematic, to say the least. Cybersecurity is an issue that is costing traditional businesses billions of dollars every year. For a consumer to completely trust an online business with their financial data will take some time given the current state of online security.

Which brings us to the future of the sharing economy. There are several other advantages of this type of economy that appeal to the younger, less materialistic generations. One area where this holds true is the basic economic commodity of cash. The idea of a cashless society has been bandied about for decades, and while it has not completely arrived yet most people have some type of debit or credit card they use to pay with. It is digital, safer, and some places of business are only accepting plastic payments. Paper checks are challenged to find a place where they are accepted.

Beyond the safety and convenience of digital currency there is a growing minimalist movement that is connected to the sharing economy. One part of this is environmentalism, where the recognition of a depleting stockpile of resources to keep economies growing has made the digital economy far more attractive. There are the natural consequences of manufacturing and production such as air and water pollution, but having less physical property does not always equate to defining the state of a person’s wealth. In fact, people who are living at the poverty level have far more physical property than commonly believed. Clearly, this does not define the state of their prosperity or wealth.

One factor that cannot be overlooked in propelling the sharing economy into the future is the overwhelming presence of mobile devices in societies across the globe. People expect the services they need to be made available somewhere on the Internet, purchased with virtually no problems, delivered on time, and at an affordable price. For example, the need for website content can go from concept, to offer, to hiring, to editing, to completion, payment and delivery without leaving sight of the screen. The physical resources needed to go from start to finish are minimal to the consumer.

Online consumerism will be driven by the lack of availability of physical devices and products. For example, to listen to a song 40 years ago you needed to buy the song, the record/CD player, the packaging it came in (usually paper or plastic), and the wiring to power the device up. With digital music that you can buy and download on to your digital device, most of the physical requirements to enjoy the same product are eliminated. Manufacturers of such products will close their doors and an online solution will need to be found that will grow the sharing economy.

A critical component of the success of the sharing economy is one of matching. At whatever point in time a consumer wants to look ahead into the future, the needs that can be met by the online sharing economy must match up with the global economy. If there are needs that cannot be met with the array of online goods and services, then the traditional physical-based economy will have to fill the void. It is likely the world can exist with the production of a minimum amount of physical products, but like the paperless society, it is not something that can be expected to become a reality within the next 100 years.

The likely future of the sharing economy can be expected to be growth and more growth over the next 20 years. There are technological reasons for this, such as the Internet of Things and 5G data speeds. There is also the increasing demand for convenient online services and products to allow consumers to complete their daily tasks online. Perhaps the most compelling force will be the changing attitudes of upcoming generations to forego materialism and be more environmentally focused.