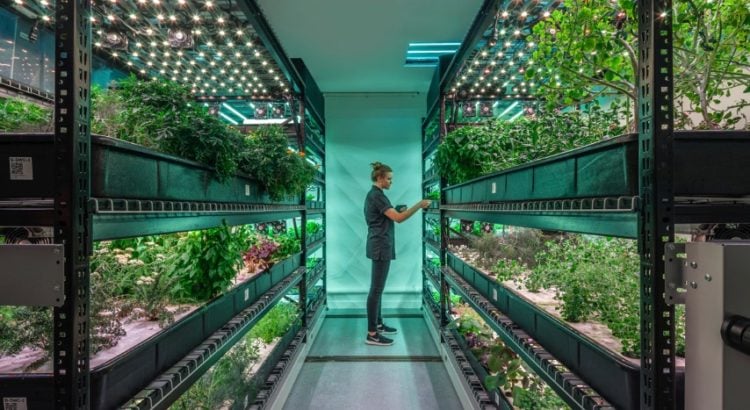 Vertical farming can be incorporated into urban landscapes. As a result, the implementation of vertical farming can provide a huge boost to food production, which is important because the human population is expected to continue increasing for some time to come. Simply put, more people means more need for food, with vertical farming being a potential solution for that particular problem.

There is a common claim that there is enough food in the world to feed the entire human population, meaning that hunger is a failure of the systems used to get food from where it is produced to where it is consumed. Whether this is true or not, there can be no doubt about the fact that transportation is a serious issue for feeding the world. Due to this, vertical farming has a massive upside compared to its traditional counterpart in that it happens in the same regions where its products will be consumed, thus minimizing transportation costs. This is the case now. Furthermore, this is expected to become even more true in the times to come because people are expected to continue flocking to the cities for the foreseeable future.

Protection from the Weather

Controlled environments mean that the products of vertical farming can’t be wiped out by a bout of fickle weather. This promises to become even more important in the future than it is in the now. In part, this is because climate change will be very disruptive to traditional food production by changing one of its most fundamental inputs. However, it should also be noted that climate change comes with a more energetic climate, which in turn, means higher chances of wilder weather. Something that could be very problematic for places that are already prone to such extremes.

Efficient Use of Limited Resources

Better for the Environment

There are a number of ways that vertical farming can be beneficial for the environment. First, vertical farming can happen in urban landscapes, meaning that there is a reduced need to turn natural environments into farmland. Since the loss of habitats is one of the most important causes of the sixth mass extinction that is happening at the moment, this could serve to slow down the tide. Second, vertical farming needs no pesticides so long as its controlled environments have been maintained in the right manner. There are those who will point to organic farming in response, but it is important to remember that while organic farmers don’t use synthetic pesticides, they do use natural pesticides as well as other natural pest control measures. At the end of the day, natural pesticides are still pesticides, meaning that they are contributing to the massive die-offs in insect populations that are threatening one of the cornerstones of the world’s ecosystems. Third, vertical farming promises to reduce the greenhouse gases that are causing the planet to heat up. Some of this effect will happen because of the reduced need for mechanical plows and other fuel-hungry mechanical equipment. However, there will be the CO2 sequestration capabilities of natural woodland to consider as well.

Could Vertical Farming Become the Future of Farming?