Home
Technology
Will We See a Flying Car by the End of 2017? 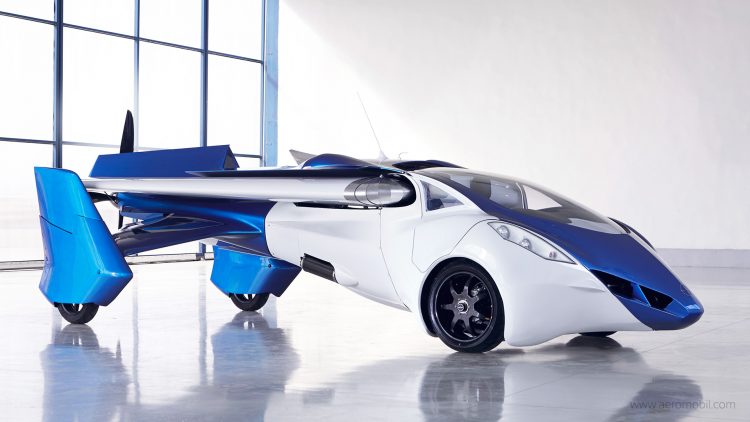 It’s a question that future-thinking people have asked for many years. Riders on passenger transportation systems which are underground know how wonderful or awful the experience can be. Though these systems manage to deliver thousands of passengers daily throughout congested cities, riders often view their rides as something to endure. When the routes are above ground, and there are sites to see, then the time and crowded subway cars are more easy to accept. But, when the routes dive under the city, or under an expanse of river or water, the riders within the cars often cease conversation until the cars emerge on “the other side”, and riders can see the sky once more.

Popular names describing the systems are city specific, and famous, too:

While these systems are some of the most technologically efficient ways to transport people, the reality is they are extremely expensive to build and maintain. Dr. Thomas Enders, Airbus CEO, succinctly stated the forward-looking viewpoint of his company at a recent conference held in Munich. Speaking at the digital tech conference, DLD, he summed up the essence of this viewpoint when he stated that the technology now exists to move urban transport above the ground, even though it has existed for more than one hundred years below it.

Dr. Tom Enders is uniquely poised to lead Airbus Group into the future. He earned his doctorate when he was 28 years old, after studies in history, economics and politics at University of California, Los Angeles and University of Bonn. He has years of experience working in the aerospace industry in Germany. A skydiving fan, he also holds a license to pilot helicopters. It is no surprise that a man who loves to fly would also embrace a vision for a future world with flying cars.

In 2016, Airbus formed a new division, which it has named Urban Air Mobility. Its function is to explore vehicles which will provide individual and group transportation through the air. People seeking rides could travel in over the cities, sharing flying cars similar to helicopters. Passengers could also book vehicles which use artificial intelligence to deliver their passengers to their destinations. Emerging technologies are making these prospects feasible very quickly.

Urban Air Mobility has undertaken the development of clean technologies which will provide transportation without addition pollution to cities. The division is experimenting with the projects which will move people through the skies, hoping to fly a single person vehicle for demonstration purposes by the year’s end. Airbus is poised to use autonomous driving and artificial intelligence by investing in these technologies.

Airbus is in the business of making commercial helicopters, and is the largest company in the world to do so. If their Urban Air Mobility division succeeds, Dr. Enders is certain that there will no longer be any need to spend billions into roads and bridges. Gridlock in cities may become a circumstance of the past, rather than a given for the future.

Airbus is working on three different solutions for urban congestion. The company has projects in the works for autonomous buses, package delivery drones, and a single-passenger vehicle. Of the three solutions, the one which is garnering the most attention and considered completely feasible is the single passenger aircraft. 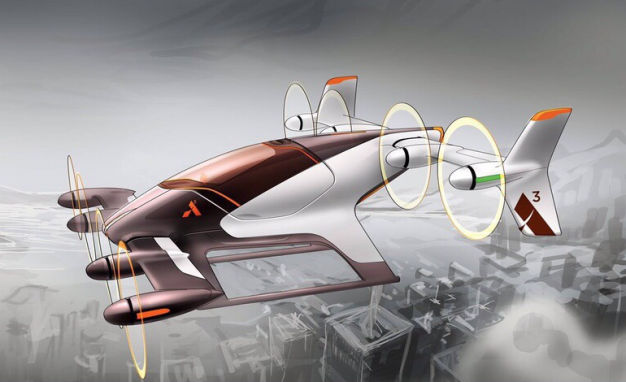 Recently, Airbus posted details about its new pilotless aircraft project, called Vahana, on a tech blog. Project Vahana is one of the first the Airbus Group as started at its Silicon Valley location. The goal for Vahana is to fly their full size pilotless aircraft before the end of the year. What is making the futuristic aircraft possible is that the company is overcoming previous technical challenges and regulatory obstacles:

The Project Vahana team has already completed vehicle design, procured or developed many of the subsystems critical to the project, and secured external partners capable of building the first aircraft. The aircraft will take off and land vertically, and there will be predetermined flight paths. Urban airways will be opened in a controlled fashion. The aircraft the team is developing doesn’t need a runway and will carry either cargo or a passenger. Drawings show a sleek aircraft with two sets of wings which tilt. Each wing has a set of four electric motors. Passengers ride underneath a retracting canopy which functions much like the visor on a motorcycle helmet.

The Project Vahana team is collaborating with technologists from operations research, aerospace, software and is open to adding additional partners who are interested in creating a new industry based on vertical future cities. The A3 unit of Airbus, which is developing Vahana, opened in San Jose, California in 2016. Airbus invested $150 million for this unit, and is seeking technologies which will speed innovations in the aerospace industry. Though Airbus is the creator of large jetliners, it is diverting funding toward the future. Though its A3 unit is creating a radical concept with Vahana, the company has the money and experience to pull off the project, and this is a huge advantage in the world of aviation.

Airbus calls Vahana a Vertical Take Off and Landing vehicle, or VTOL. Vahana is more similar to a helicopter than a car, but it will fulfill the dream of providing a flying vehicle which will make air transportation accessible to commuters; just like air taxis. Some tech experts view Vahana’s design as drone-like. It will use its multiple propellers to travel distances such as from an airport to a city center. The Vahana prototype is scheduled for flight testing at the end of 2017, and plans indicate that it will be a viable consumer product by the year 2020. Ten years following, urban planners estimate that about 60 percent of people on Earth will live in its cities, so Airbus has 2030 as a target date for the time when its futuristic aircraft will be taking smartphone flight reservations.

Airbus has regulatory issues to overcome with the Federal Aviation Administration, but a white paper which is 98 pages long has been created which details how their flying taxis will be feasible in cities. Business experts believe that Airbus will need to work together with other companies to overcome problems and realize the dream. In fact, Uber and Google have mentioned the same dream recently. What makes Airbus unique is that the company is focusing on actual production and whatever it needs to bring the Vahana vehicle to functioning reality. If Airbus CEO Tom Enders is correct, there will be roads with Airbus flying cars over the world’s cities, traveling from front doors to destinations….and without pilots, too.

Five Up and Companies Specializing in Drone Technology

10 Concept Cars To Keep Your Eyes On For the Future

Who is the Richest Member of Congress?

The History and Story Behind the Vans Logo

Who is the Richest Kid YouTuber?

The 10 Best Beaches in Istanbul

The 10 Best Places to Eat in Istanbul

The 10 Best Places to Stay in Istanbul

What is a Batman Rolex?