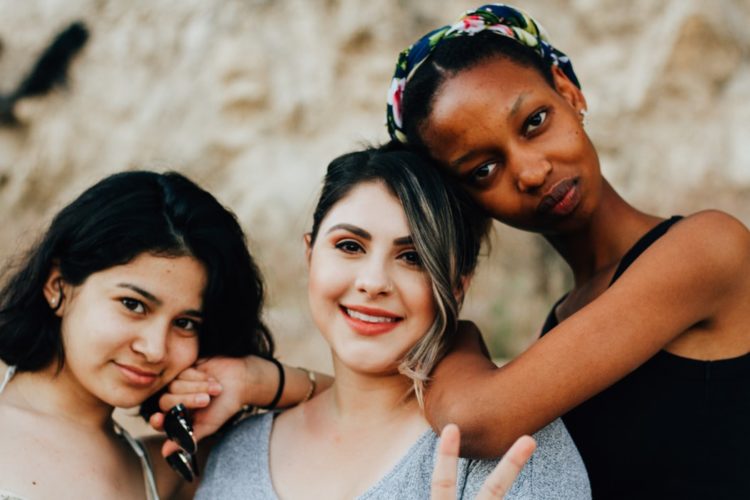 Time Magazine has named “the Silence Breakers” – the women who came forward to divulge their experiences with sexual abuse – as their Person of the Year; The New York Times discusses how their reporters and Ashley Judd continue this national debate about sexual harassment in the workplace; and The Washington Post describes how Senator Kirsten Gillibrand is carrying the banner for sexual misconduct within government. And, there can be no question that the #MeToo movement is raising the level of awareness and outrage on sexual harassment and abuse. As a result, this has become a very public debate now. While this is a massive force exhibiting very positive action, we must be clear that there are also some very significant dangers to cautious about.

I have conducted extensive research on workplace dynamics and, through my career, handled numerous incidents of sexual harassment. Therefore, I feel I can speak with some degree of authority on the topic. My purpose in writing this is not to discourage exposure, but rather to provide some observations for people to better understand the implications of outing sexual predators. I want to encourage the #MeToo movement as a credible force – effective, proportionally more focused on the future – and not to simply be seen as a method by which people can seek revenge.

Here are my observations:

Not to diminish sexual harassment and abuse, but it should not overshadow the much bigger issue of bullying, harassment and abuse in the workplace. According to a Harvard/Stanford study, over 120,000 deaths annually may be attributable to workplace stress; and according to a recent Mental Health America survey, much of the stress is unnecessary. I have found that where sexual abuse and harassment occurs, usually the workplace culture is toxic and other wrongdoings are condoned. Uber has illustrated this in spades. But in general, the IT industry in Silicon Valley, where, as I have discussed in a blog, the harassment and abuse is mostly culturally driven, with few ground rules and parameters on behaviors. Note also that people beyond the victims of the abuse are targeted when, for example, bystanders are forced into complicity under the threat of retaliation if they expose the situation.

Distinctions must be made between what constitutes sexual harassment and sexual abuse. The allegations that are being made range from rape to flirtation, and should be identified and dealt with as such. We cannot and must not abandon the fundamental principles of ‘innocent until proven guilty’, ‘punishment fitting the crime’, and ‘due process’. The #MeToo movement and the media must not become the judge, jury and executor.

Most of the allegations have focused on the entertainment industry and the media. It should not be assumed that this issue is not a problem in other sectors. In the research I have done for my books, blog posts and articles on the topic, it is of epidemic proportions in all sectors.

What did they know, and when did they know it? Most of the situations that have recently been exposed, and most of the many situations I have been involved with have been open secrets; and the abuse has been going on for extended periods of time, even decades. Boards and bosses who claim ignorance either don’t know what’s going on in their organizations, or they are lying. There is no question that predators should be penalized; however, the bigger issue is complicity, where for a variety of reasons, predators are allowed to abuse. I suggest that boards, bosses and human resource people who failed to stop the abuse should be penalized even more severely than the predators. I have often asserted that while there is no question that the predators are the villains, because there was no intervention, the predators may also have become the victims. Employers at the first whiff of bad behaviour should nip it in the bud.

Bullies and sexual predators have an uncanny ability to entrap their targets, turning the victim into the villain. In exposing this situation, people must understand that it is an allegation; and most who are accused will do everything they can to discredit the accuser. They will fight back – and with a vengeance.

Inclusion of women in the workplace could take a serious hit. To avoid the risk of exposure, organizations could be motivated to take the path of least resistance. Diversity may not suffer as much because of legislation and optics, but we should remember, as discussed in this Harvard Business Review article that being diverse does not translate into being inclusive.

Along the same line, concern about being accused could lead to significant change to workplace dynamics beyond changing the abusive behaviors. Margaret Wente, a feature writer for Canada’s Globe and Mail, articulated this when she wrote, “The post-Weinstein era will be a better place for women. But there will be losses, too. For example, the ordinary, garden-variety banter in the office will be lost. Colleagues will be walking on eggshells, afraid that ordinary gestures of teasing or affection, including all kissing, touching, hugging, flirting and almost all kinds of humanity, might be misconstrued and give offence. Men will no longer meet with women behind closed doors, alone. Casual informality and warmth will be replaced by stiffness, anxiety and prudishness. The world will be a slightly colder place. And that’s too bad.” When Mike Pence revealed that he does not eat alone with a woman other than his wife, he was mocked. My bet is that many men have taken note.

False accusations, when validated, have the potential to totally discredit the movement. The Washington Post almost being duped into reporting a false accusation by Project Veritas reinforces the requirement for the media to fact check.

In the many situations I have dealt with, a high proportion were a result of a romance between a boss and subordinate soured. Organizations who do not have rules in place for office romances are at huge risk of facing a sexual abuse challenge. For the companies I was responsible for, employees were required to disclose the relationship and where there was a boss to subordinate (direct or indirect) relationship, either the romantic or working relationship needed to be severed. Breach of this rule was grounds for immediate termination for both.

As indicated at the outset, I do not wish for my observations to discourage exposure, but rather have people understand this process of exposure is fraught with implications, the biggest being the #MeToo movement being considered a modern form of McCarthyism.

(Andrew Faas is the author of ‘ From Bully to Bull’s-Eye: Move Your Organization Out of the Line of Fire, and a Public Voices Fellow at Yale University)