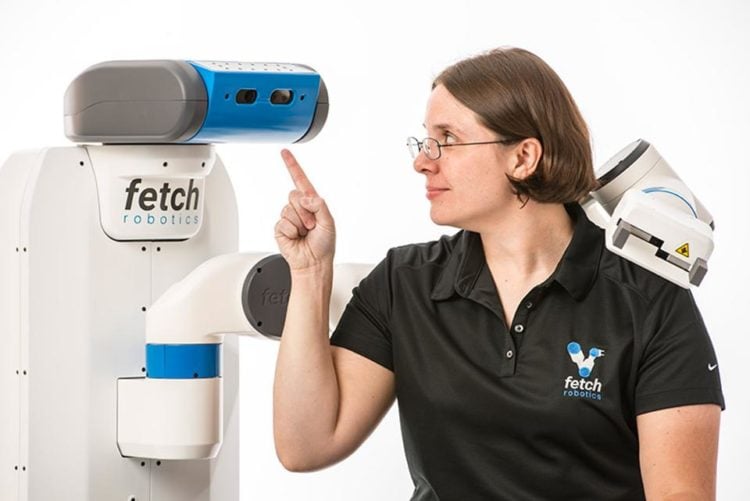 Melonee Wise is one of the co-founders of Fetch Robotics, which is a corporation that specializes in creating robots for use in both commercial and industrial environments. Furthermore, she is the corporation’s current CEO, meaning that it is no exaggeration to say that she is someone with enormous influence in the field of robotics.

Here are 10 things that you may or may not have known about Melonee Wise:

Built a Lego Plotter As a Child

Wise showed an interest in her chosen field of robotics even as a child. For proof, look no further than the fact that she built a plotter using Lego blocks, which is much more complicated than it sounds. After all, a plotter is a printer that can use automated pens to create line drawings by making continuous lines, which is why such printers are so much more expensive than their conventional counterparts.

Studied at University of Illinois

Given her childhood interests, it should come as no surprise to learn that Wise went on to study mechanical engineering at the University of Illinois. To be exact, she studied at the Urbana-Champaign campus, which has an outstanding reputation because of its research in various fields.

Interned at a Surprising Range of Companies

Of course, Wise spent her summers as a student as an intern for a surprising range of companies. For example, there was Alcoa, which specializes in producing aluminum. Furthermore, there were DaimlerChrysler and Honeywell Aerospace, which specialize in automobiles and aircraft components. Summed up, Wise gained experience in a number of fields, meaning that she made excellent use of the time that was available to her.

In time, Wise became the manager for robot development at the Willow Garage, which was a research lab that specialized in creating both hardware and software for use in robotics. In particular, the lab was famous for creating the Robot Operating System, which is middleware created in collaboration with the Stanford Artificial Intelligence Laboratory that has since seen extensive use in the field of robotics.

Later, Wise was one of the co-founders of Unbounded Robotics, which was a spin-off of sorts from Willow Garage. For a time, Unbounded Robotics seemed promising, as shown by the fact that it was selling a service robot called the UBR-1. Unfortunately, it seems to have run into some sort of contractual issue with Willow Garage, with the result that it was forced to shut down.

However, successful entrepreneurs do not give up because of something as minor as a single failure, as shown by the fact that Wise went on to co-found Fetch Robotics. Like its name suggests, Fetch Robotics has released a couple of prominent products, with one being a mobile manipulator and the other being an autonomous mobile cart. Furthermore, it is clear that this company lacks the flaw that caused Unbounded Robotics to shut down, seeing as how it was able to seek a form of funding that its predecessor was not.

Started Out in Hardware and Moved On to Software

Wise has more than proven her skills with both hardware and software. However, it is interesting to note that she started out with a strong focus on hardware, as shown by the fact that she studied mechanical engineering as well as physics. It was not until she started doing her Ph.D. that she began to focus on the software side of things, starting with the use of MATLAB.

Since she is the CEO of Fetch Robotics, it should come as no surprise to learn that Wise is now more focused on her managerial duties and responsibilities for the most part. Part of this means running the corporation that she co-founded and part of this means promoting its products to interested parties.

Considers Funding to Be a Significant Problem with Robotics

Based on her previous experiences, Wise has stated that finding sufficient funding is a serious problem for companies in the field of robotics. In part, this is because they are building hardware, which tends to be a rather complicated and time-consuming process. However, it should also be noted that they need a lot of software engineers, whose labor does not come at a cheap cost.

Doesn’t Plan 10 Years into the Future

Some executives plan years and years into the future, but Wise is not one of them. Considering the fast pace that has been set by her robotics companies, this is perhaps unsurprising. For that matter, the tech sector has something of a reputation for being challenging to predict.