Home
Cars
The 10 Best Audi A4 Models of All-Time 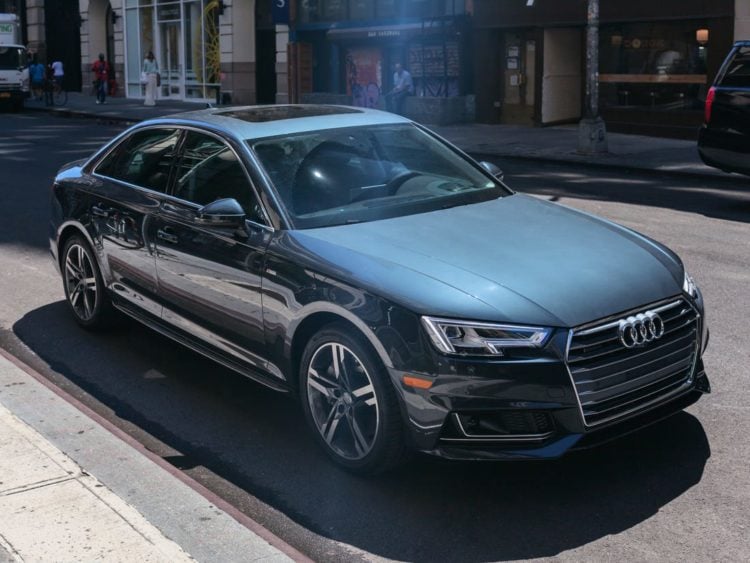 The Audi A4 is a series of automobile models manufactured by Audi, which is currently a Volkswagen Group subsidiary. With a total of five generations that are based on Volkswagen’s ‘Group B’ platform, the A4 series was simply a continuation of the car once known as the Audi 80. In the beginning, the A4 was named the ‘B5’ series, which then went on to become B6, B7, B8, and B9. The versions entitled B8 and B9 were built on the ‘MLB Platform’ by the Volkswagen Group, as were some models by Porsche.

The first A4 was built in 1994 with a front-engine design, with a rear-mounted transaxle transmission. While some of them were strictly front-wheel-drive, there were models that featured the Quattro all-wheel-drive system, which is exclusive to the Audi brand. Available as either a station wagon or sedan at first, a convertible version was available during the second and third generations (B6 and B7). The B8, or fourth generation, was actually more a type of the A5 series rather than the A4. The cars were then once again classed as Executive Sedans, as they were during the first generation.

So, there is just a tad bit of history for all of you Audi fans out there. Maybe you drive and A4 currently, or perhaps you are considering the purchase of one. Whatever your situation, we thought the following might help. Below is a list of ten of the very best A4 models ever released. They are in descending order, from least to greatest. While there are definitely other versions and model years, these are considered the ten best of them all. So, take notes if you need to, get comfortable, and get ready to discover…The 10 Best Audi A4 Models of All-Time: Having an original MSRP of $26, 650, the 2002 Quattro Sedan had a 1.8 liter in-line four engine that put out 170hp and 166 lb.-ft. of torque. It got 21 mpg in the city and 29 mpg on the highway, making for a great day out on a tank of gas, especially since it featured the Quattro all-wheel-drive system. This year’s A4 Quattro sedan makes our list for its great gas mileage and affordable price, not to mention that it didn’t look half-bad either. At $35, 350, the A4 Avant Wagon may have been a little steeper in price, but we are talking about a bit more car here. It, too, featured Quattro all-wheel-drive, and it also had one of the best ratings for fuel economy in its class. Leather upholstery was standard, but multi-media interface was a bit rough, according to reviews. It did come with a ton of cool options, though. As for performance, it sported a 2.0 liter 121(I4) engine that gave 211hp and 258 lb.-ft. of torque. Gas mileage was 21/25, city and highway, respectively. Not bad for a vehicle that gave you all the extras plus some room to spare. The second wagon on our list had an MSRP of $36,400, but if you want a used one you will likely pay around $11k to $11.5. This is the Quattro Premium Wagon version, meaning simply that the Quattro system is ‘world class. This car is mostly the same as #9, with the exception of a few minor improvements and mechanical alterations. Drivers could count on exceptional standard features, along with a 2.0 liter four cylinder engine that put out 211hp and 258 lb.-ft. of torque. It came with either an 8-speed Triptronic tranny or a manual six-speed, and it boasted 21mpg in the city and 29mpg on the highway. The 2012 version was a good, solid family car. This 5-seater featured an inline-four that gave 19mpg/city and 27mpg/highway, which is a little less than those above, but it had a turbo engine, so this is fairly good, all things considered. It had a six-speed manual tranny that came standard, and once again there were a bunch of extras that were optional, but well worth it. This Quattro version had an MSRP of $27,450, which was a nice price when we consider the turbo addition. This attractive car was a best seller in its class at the time. Starting right around $32k, the ’08 Avant Wagon offered spaciousness, all-wheel-drive, and lots of other extras. It had an inline-four standard, with a 6-speed manual transmission (but shiftable automatic versions were available). The engine and tranny gave a combined 23mpg with the standard version, offering 200hp and 207 lb.-ft. of torque . Overall, this 5-seater easily made the grade when it comes to the ‘best of’ list! Only one model year older than its predecessor, the ’07 A4 sedan came with the usual standard features offered by Audi, including Quattro. It could reach a top speed of 130 with its engine, which also boasted 200hp and a combined fuel economy of 24mpg. As far as pricing, the original MSRP was around $29,150, but used ones today are running between $5k and $8k. The 2011 Audi A4 sedan version started at $32k back in the day, but will run you about $7,200 (give or take a few bucks). It was Audi’s best selling model for that year, so it garnered a lot of attention. It offered 211hp with its 4-cylinder, 2..0 liter engine, and provided 22mpg/city and 30mpg/highway, according to Motortrend. This particular model offered a standard front-wheel-drive model, and it seated five. It was very likely that the price and gas mileage were the selling factors, but overall, this sedan was, and still is, a great little car. This little wagon came with an MSRP of $38,440 for the standard version, which featured all-wheel-drive and a six-speed manual transmission. If you got FronTrak front-wheel-drive, you were looking at $35,340. With that being said, this model came with the 2.0 liter 4-cylinder, which was common for most all A4 models, but it offered pretty darn good performance, which was attributed to the tires and wheels that came on it. It gave out 200hp, which some would say was insufficient, however this was a wagon, so keep in mind that more often than not it was purchased as a family vehicle. This was a great car for toting around the family, so in reality, it was perfect for its intended purpose. You would have paid between $32k and $44k for this particular model, simply because times were changing, and getting Quattro jacked the price up a little. Quattro was the big seller, however, so paying more was expected. There was also a Sport package that sent things flying a bit, but the standard version seemed acceptable to most. This came with a 2.0/4-cylinder, though V6 was an option. The standard version offered 211hp and 258 lb.-ft. torque, which was about run of the mill for the A4 at the time. Drivers could expect average mileage, running approximately 22mpg from this particular year’s model. This was a five-seater that offered quality without drawing attention to itself. 22mpg in the city and 31mpg on the highway was really nice for a car out of this model year. People flocked to buy it, and they should have, with a standard MSRP of $35,540. It had the same standard engine as those before it, and it gave out 200hp and 207 lb.-ft. of torque, which was just about right for a five-seater wagon during this time. It gets our number one spot because of popularity; the Avant Quattro from 2006 was a fairly big seller for Audi, making it a shoe-in. It was a quality car for the price, and still is, not to mention the fact that it had safety features that took the entire family into consideration.

So, the best Audi A4s of all time are there, for your viewing pleasure. Whether you are going to buy a new Audi, or are considering one of these on the list, you should be able to narrow things down with the information given.. Just remember that safety and performance are imperative, and we don’t mean speed when we say performance. We mean dependability. So, good luck in your shopping ventures. May you find the perfect Audi A4 for your needs!