Home
Sports
How Much Does It Cost to Attend a Los Angeles Clippers Game? 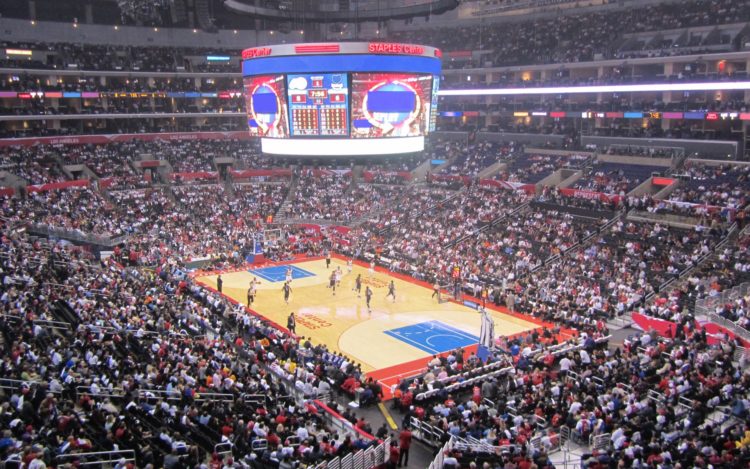 Those who want to watch the Los Angeles Clippers should make sure to look up the prices sooner rather than later. After all, the prices are a critical piece of information for someone planning an outing, meaning that this needs to be carried out at some point in time. Fortunately, there is a fair amount of information on this topic because there is a fair amount of interest from the consumers, meaning that there is much that interested individuals can do to ensure that they will have a great time in exchange for a good price.

What Is the Average Cost of Los Angeles Clippers Tickets?

Barry’s Tickets has posted a fair amount of information about Los Angeles Clippers ticket prices from the 2016 to 2017 season. While these aren’t the latest numbers, they should nonetheless be capable of providing interested individuals with some insight into the kind of prices that they will be expected to pay.

In short, the average cost of Los Angeles tickets for that particular season was $92. However, there was a noticeable though unsurprising difference in average prices for higher-level seats and lower-level seats, seeing as how the former was $51 while the latter was $117. Likewise, there were some significant differences between the tickets for the different teams that played the Los Angeles Clippers at the Los Angeles Staples Center. For example, most prices for the Atlanta Hawks ranged from a low of $11 to a high of $352, with courtside seats being most expensive at $798. In contrast, most prices for the Golden State Warriors ranged from $149 to $1,375, with courtside seats being even more expensive at $4,609. Given this information, it should be clear that some match-ups were much more popular than others, which in turn, means that the ticket prices fro those match-ups were much higher than others. Summed up, average ticket prices are good for giving interested individuals a general idea of what to expect. However, it cannot provide them with the specifics of what they are interested because that can see enormous variation from game to game for a number of complicating factors. Due to this, people who want to watch the Los Angeles Clippers play at the Los Angeles Staples Center have a simple and straightforward solution, which would be checking ticket websites for the specific seats for the specific games that they are thinking about buying tickets for.

What Is the Average Cost of Los Angeles Clippers Concessions?

There isn’t a great deal of good information that can be found for the Los Angeles Clippers’ concession prices. However, Statista claims that a beer was $8.25 while a hot dog was $6 for the 2015 to 2016 season, meaning that the prices shouldn’t have changed too much from then. With that said, the Los Angeles Staples Center has other menu items as well, which will have their own particular prices. It is interesting to note that there are a number of restaurants in the vicinity located outside of the Los Angeles Staples Center, meaning that interested individuals might want to eat and drink before they head into the stadium if they don’t want to pay those kind of prices.

What Is the Average Cost of Los Angeles Clippers Parking?

Generally speaking, people who want to use the Los Angeles Staples Center’s official parking spaces can expect to pay $15 for Los Angeles Clippers games. However, if they don’t mind parking at somewhere that is nearby, they can found a wider range of prices that run from $6 to $25. Of course, parking elsewhere means having to talk a short walk, but having options can nonetheless prove helpful, particularly if people are planning to watch the Los Angeles Clippers play a more popular than normal team.