Home
Business
Sports
How Much Does it Cost to Attend a Toronto Maple Leafs Game?
Prev Article Next Article 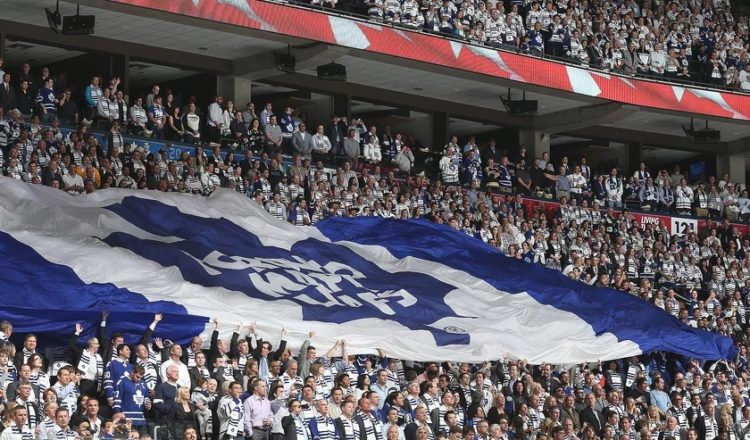 If you’ve been thinking about catching a Toronto Maple Leafs game live at the arena, but you’re not sure about the cost, we have some information that will be helpful. It’s the experience of a lifetime and one that you’ll not soon forget. It’s exciting enough to watch them play on television, but there is nothing like being there in person. The sights and the sounds put you in a different world and it’s an engaging experience to say the least. The cost of attendance isn’t really that bad. We’ve broken it down so you can learn how much the average fan pays to catch a live match, along with the range of costs so you can put together your own plan for the game.

The average cost of a ticket to see the Toronto Maple Leafs play is $133. This is the average price that fans pay, but the prices actually begin at just $95 per ticket. There is a broad range of ticket prices and the cost really depends on where you sit and the type of seating. You’ll be able to get a decent view of the game from wherever you’re at, but some fans go all the way and spend anywhere from a few hundred to the highest VIP seating available that goes for as much as $3,46 for just one ticket.

The price of parking isn’t bad at all

There is plenty of parking available at or near Scotiabank Arena. The most popular parking is at the underground garage for a price of $25 per space. This is far less than most fans pay for NFL parking spaces indoors. We do recommend that you either reserve a spot in advance or go a few hours early to be sure that you get your pick of spaces. There are other places to park as well. For $11 you can park at 315 Front at the Garage which is just a half mile away from the arena. For $16 you can park at the garage at 36 Station which is just .2 miles from the arena. At the same distance is the lot at 53 Wellington which charges $20 per space.

Concessions aren’t that bad either

The prices of beer, soft drinks and stadium food at the arena are about what you would expect for the venue. They’re a lot higher than you’d pay at your local fast food place, but they’re not so insanely high that you won’t be able to grab a few beers and a bite to eat. You can get a Coors Tall Boy for $11.50 and they do sell large sizes of a pint and a half for $15-$17. You can get a chicken sandwich for $13 or a large slice of pizza for $7. They have a lot of different food options an the aroma of the food is often just too much to resist so plan on bringing a little extra so you can indulge yourself. If you’re not a fan of paying stadium prices, you could always catch a bite to eat before the game at an outside vendor and settle for a few beers or soft drinks. Fans spend an average of $35 per person on food and drink.

The average cost of attending a Toronto Maple Leafs game

The average cost to attend a game is $133 for the ticket, $25 for parking and about $35 for concession stand food. This comes to a total of $193. If this is more than you really want to spend you can go for the $95 ticket, the $11 parking and spend just $20 on a beer and a less expensive type of stadium food and still enjoy all the perks of being at a game. You can get by for only $126 and have the time of your life. This is a lot less than a lot of football fans pay to watch their favorite teams play. If you’ve been watching the game from home when you’d really rather be at the game, the cost isn’t that bad at all when you consider all the benefits of being there in person. You can craft your own game day package.