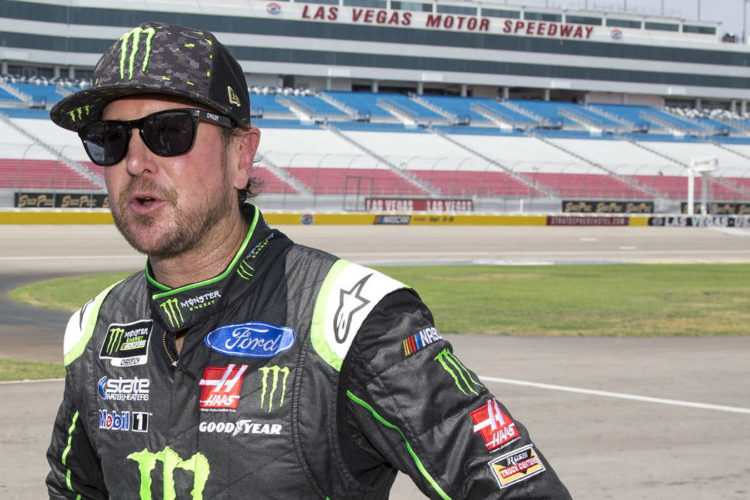 Stock car racing is not an easy career to get into. It takes special skill and talent to become a professional racecar driver. Kurt Busch is an American stock car pro; he is the most recent NASCAR Cup Champion at the recent race held at the Kentucky Speedway. Busch has been racing for a while now, and this win could be his segue into a possible retirement. Those who have followed his career from the beginning are glad to see him go out while he’s still on top. After all, he’s already amassed a fortune that will keep him wealthy even when he’s done working. Let’s take a look at how Kurt Busch achieved his net worth of $50 million USD.

There was a time when Kurt Busch thought he was going to have a career in the medical field. In fact, he attended the University of Arizona after high school to earn a degree in Pharmacy. But Busch has always had racing in his blood, and he’d been racing even before he started college. By the time he turned six years old, Busch was already getting experience behind the wheel. Even though they were just go-carts, Busch’s passion for speed was clear from early on. His father used to take him to the track watch other racers, knowingly instilling a desire to get on the track one day. While he was still a teenager, Busch started competing at the Las Vegas Speedway Park in Dwarf competitions. His first win was only his second competition.

During his first year as a legitimate driver, Busch won ten consecutive races—all at different tracks. He upgraded to a regular car to race at the Legends series. He was only 18 years old at that point. By the time he was 20, Busch went on to win the Auto Zone Elite Division Southwest Series Rookie of the Year award along with his team. He also won the series championship the following year. Busch performed so well during those seasons that he won another Rookie of the Year award and also had the chance to race at bigger tracks.

From 2002 until 2005, Busch would continue on a track of success but this time for the Winston Cup series. Busch won races back to back, with a rocky year in 2003. In 2004 and 2005, Busch would add to his list of winnings—a total of three in 2004 and 3 wins in 2005 as well. That doesn’t include any races that ranked him in the Top 5 and Top 10 also. Any winning position from the top 5 down to the top 10 can still guarantee a purse in the millions. We’ve seen prizes that range from $5 to $6 million for those rankings. Any wins from top 4 up to top 2 can guarantee even higher winnings that can range from $6 million up to $10 million.

The biggest prize, however, is the overall winner. We’ve seen NASCAR prize money go up to at least $19 million and above. But we’ve also seen prize money in the 6-figure range as well. All of that will depend on the race itself. The prize money comes from a number of sources—television, ticket sales, advertising, etc. The bigger the stage—the more money is involved.

Obviously, Kurt Busch made his fortune through his wins. After the 2005 season, Busch would leave Roush Racing to race for Penske Racing. He would continue to have winning seasons and seasons where he wouldn’t win a single race at all. There was a time in 2008 when Busch had a 29-race losing streak. He kept racing and eventually broke this streak with a win at the New Hampshire Motor Speedway. Busch left Penske and started racing for Phoenix in 2012. After Phoenix, he raced for Furniture Row Racing that same year and transferred to Stewart-Haas Racing in 2014 until 2018. Kurt Busch now races for Chip Ganassi Racing.

Busch hasn’t had an easy career. He’s gone through controversy after controversy, and he’s also been penalized a few times. At one point in his career, he was considered as one of the most hated athletes in the industry. He’s had several feuds with fellow racecar drivers in the past, but it seems he’s put most of it behind him.

Throughout his career, he’s placed 9 times in the Top 10 for NASCAR, with one top win in 2004. Busch has also placed 8 times in the Top 10 for the Daytona 500, with one top win in 2017. Those two wins alone gave Kurt Busch a good chunk of his net worth. Busch is considered to be one of the richest NASCAR drivers globally. With a total of more than 30 wins in his career, he’s had a substantial amount of prize money wins.

In addition to his wins, Busch has also appeared in a few TV shows in the past. Some of those have included NASCAR on Fox, Fast and Loud, Live! With Kelly, Home & Family, and the Dominic Nati Show. He also has a number of endorsements that include Monster, Ford, Oakley, and more. He gets paid for those endorsements, of course. Apart from endorsement and racing money, Busch also has a number of properties under his name. It’s a smart move for this racer to invest his money in properties, especially since those can earn him passive income. Now that he’s probably getting ready to retire soon, the racing money will soon stop coming in as well. Having the properties will keep his net worth on the up and up, giving him more things to look forward to even when his racing career is done.