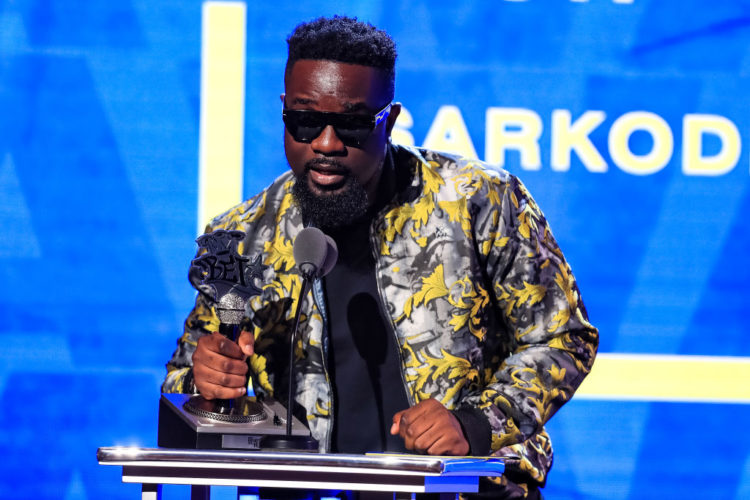 The African rap scene has a huge amount of homegrown talent. Artists such as Nasty C, AKA, and Sarkodie might not get a huge amount of press attention internationally, but in Africa, they’re huge. The savviest among them know how to milk their celebrity status for all its worth, propping up the income they make from music with endorsement deals and merchandising opportunities. For some, it’s clearly paid off, at least as far as their bank accounts are concerned. As to which rapper has managed to make the most moolah, find out now as we count down the 10 richest rappers in Africa.

Kicking things off with a net worth of $250,000 is Nasty C, a South African rapper whose current net worth is estimated to be around $250,000. He started releasing mixtapes at the age of 14. After building up a buzz around himself, he dropped his debut album, “Bad Hair,” in 2016. Two further studio albums, a headlining tour, and a joint venture deal with Def Jam Records quickly followed. As MSN reports, he’s now on a mission to go global, becoming one of just 14 other artists to feature on the official soundtrack for the Tokyo Olympics. Earlier this year, he announced he plans on retire at 35 providing he’s got a cool $1 billion in the bank. He’s still got some way to go, but considering the rate of his success so far, he might just get there.

Since making his name with his 2009 mixtape “City of Gold,” L-Tido has gone from strength to strength. Now three albums into his career, he’s opened for acts such as Rick Ross, The Game, Slum village, Maino, and Usher, won numerous awards, and become one of the very few independent artists in South Africa to achieve commercial success. He’s now worth around $280,000.

Up next with a net worth of $1.5 million is Nigerian hip hop artist and record producer, M.I Abaga. Since breaking onto the scene in 2004 with the critically acclaimed single “Safe,” he’s released four equally well-received studio albums and several mixtapes. In 2020, he announced the launch of his own record label, Incredible Music. According to entrepreneurs.ng, his style has often drawn favorable comparisons to Kanye West, Lil Wayne, and Jay-Z.

Banky W is a Nigerian singer, rapper, actor, entrepreneur, and politician who ranks as one of the country’s richest rappers thanks to a net worth of $1.5 million. Since launching his career in 2002, he’s released four albums, launched a record label and talent management company, run for office in Nigeria’s House of Representatives, won a string of awards, and starred in several movies, including Nigeria’s highest-grossing film in history, “The Wedding Party 2” (2017). Now aged 40, he shares a child with his wife of four years, Nigerian actress Adesua Etomi.

Nigerian rapper Phyno began his career as a producer before moving into rapping in 2010. In 2012, he released his debut studio album, “No Guts No Glory.” Since then, he’s released 2 further studio albums and a collaborative album with Olamide. Known for rapping primarily in Igbo, Phyno has also achieved fame as the organizer of the Phynofest festival. According to wikisouthafrica.co.za, he’s now worth $2 million.

Since rising to fame with the release of his debut studio album, “Tsholofelo,” in 2014, Cassper Nyovest has come to be regarded as one of South Africa’s most successful artists. In addition to achieving critical and commercial success with his music, the rapper has proved himself an astute businessman, picking up numerous profitable endorsement deals with the likes of vodka brand Ciroc, MTN, Coca-Cola, KFC, Castle Lite, and Nike SA in addition to launching the record label Family Tree Records and the sneaker company, Root of Fame. His net worth as of 2021 is $3 Million.

South African shock-rap group Die Antwoord may be one of the most controversial duos in Africa, but it hasn’t stopped them from making money. Since forming in 2008, they’ve released 5 studio albums, 2 EPs, and countless singles. Critical acclaim has sometimes been lacking, but regardless of what the music press think of them, they’re a band that sells. Outside of music, they’ve released an online reality web series called ZEF TV, appeared in the Neill Blomkamp film Chappie, and featured in a campaign for Alexander Wang’s T range. Their combined net worth is $5 million.

Widely regarded as one of the most successful African rappers of all time, Sarkodie is a Ghanaian rapper and entrepreneur with a net worth of $7 million. Over the past 15 years, he’s become one of Africa’s most bankable stars, earning numerous accolades such as the Vodafone Ghana Music Award for “Artiste of the Decade” in 2020. Sarkodie has also established a number of lucrative sidelines, including the Sark by Yas clothing line. He serves as the brand ambassador for Samsung Electronic, Tigo Telecommunications Ghana, and the Year of Return campaign.

Just missing out on the top spot is Olamide, a hip-hop artist with a net worth of $10 million. Olamide’s first taste of success came in 2011 when he released his debut album “Rapsodi.” The album, which featured guest appearances from Pheelz, Wizkid, 9ice, and Reminisce, among others, was nominated for Best Rap Album at The Headies 2012. He’s achieved similar success with his subsequent output, which now extends to include 9 studio albums and multiple collaborative efforts.

At number one with a net worth of $11.5 million is South African rapper, singer, songwriter, record producer, and entrepreneur, AKA. After gaining significant recognition when “Victory Lap,” the first single from his debut album, “Altar Ego,” sailed to the top of the charts, he’s continued to win both critical and commercial success with his subsequent studio releases, all of which certified platinum.