Home
Electronics
The Five Best AV Receivers for Under $1000

Recently, the popularity of such amplifiers is growing all over the world, modern devices receive a lot of interesting functions, including the ability to access the network to play content from online resources. Many receivers are equipped with FM tuners for broadcasting radio air. In this article, I will try to best describe the best AV-receivers for under 1000 dollars. I hope that you will be able to make the right choice, and then the receiver will bring a lot of joy, good mood and unforgettable impressions of watching movies.

Onkyo TX-RZ820 – the leader in its class 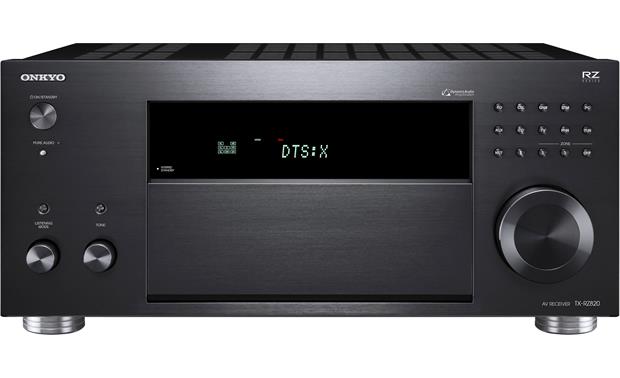 This receiver provides a high level of performance and an excellent set of features. A power of 180 watts per channel from the TX-RZ820 illustrates the ability of Onkyo to reveal emotions in music, movies, and gaming soundtracks. The incredibly fast dynamic response, outstanding transient response and wideband reproduction at 5 Hz – 100 kHz combine to reflect natural energy and life in the sound.

Convenient streaming via AirPlay or from supported music apps via the built-in Chromecast, as well as the DTS Play-Fi app, makes it easy to listen wirelessly, while Bluetooth technology is added to wirelessly transfer almost any audio from mobile devices and PCs.

Nine-channel AVR-X4300H – the device at a very reasonable price. Equipped with a branded AL24 converter and the Clock Jitter Reductor jitter suppression system, built using the D.D.S.C topology. HD Digital, which involves the use of discrete circuits and separate 24-bit DAC and ADC in the audio path.

A solid three-kilogram increase in weight indirectly indicates that the power supply system is implemented with a margin. We could stop at this, but marketers of the Japanese company did not miss the opportunity to add a few more features to the receiver. The bonus is the correction of low-frequency resonances in the auto-calibration system, the possibility of upgrading to Auro 3D, and advanced switching.

To the digital inputs on the front panel added analog – for sound and composite video. On the rear panel appeared the entrance for the vinyl turntables (under the MM cartridge) The STR-ZA810ES delivers 100 watts of power to each of the seven channels. The STR-ZA810ES supports HDR and Dolby Atmos and DTS: X surround sound technology. The receiver is equipped with auto-calibration technology D.C.A.C. EX, which uses a stereo microphone and evaluates the sound picture at 31 frequencies, emulating the sound of optimally spaced speakers. Phantom Surround Back technology, which is also used in this receiver, will create a seven-channel impression of a five-channel configuration.

There are 6 HDMI inputs and two outputs supporting HDCP 2.2 and 4K / 60p / 4: 4: 4 / HDR signal. The receiver can simultaneously play video in 4K and multi-channel audio in two different zones. Also, Sony left a reserve for the future: it is said that the receiver is ready to work with the BT.2020 color scheme. 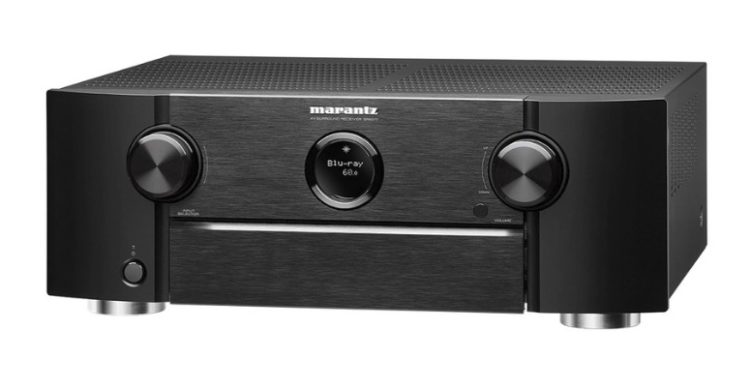 9.2-channel SR6011 The AV receiver is based on a slightly earlier model SR5011, and versus it, SR6011 is two additional channels of audio amplification and slightly more power. Declared support for the acoustic circuit 7.1.2 or 5.1.4 in Dolby Atmos and DTS: X, and of course Hi-Res audio. Its capacity is quite enough for scoring the middle rooms.

The SR6011 scheme installed the latest video unit through which all eight input HDMI-compatible with the specifications of HDMI 2.0a and HDCP 2.2. This means that all inputs support 4K Ultra HD video with 60 Hz, new HDR10 technology, 21: 9 video, 3D and BT.2020 color spectrum, as well as color subsampling 4: 4: 4. That is, the receiver should not have compatibility problems with any Ultra HD Blu-ray players, and various sources of Ultra HD video.

As for the general sound in the films, it is very precise and detailed, sometimes even too much. In some scenes of the movie that I watched, the breathing of the characters during the conversation was very well audible. 7.2-channel AV receiver, combining power and variety of possibilities. Rated power – 170 W. The Yamaha RX-A1080 to go a little to a new level of sound. The technology of artificial intelligence, built-in digital signal converter, analyzes the configuration of sound sources in entertainment content and optimizes surround sound, making it as effective as possible. The excellent expressiveness and richness of the sound field creates an exciting feeling of realism of what is happening on the screen and provides the most vivid impressions.

Speaking of software modules, which allow improving the quality of the broadcast signal, not to mention the original Yamaha’s performance: YPAO. As you know, this technology allows you to save a convex, embossed sound, even if the user has chosen a low sound level. However, the developers claim that the new receivers installed a modified version of the sound calibration. In fact, this is the updated YPAO, complemented by the manual PEQ-tuning function, which will improve the audio characteristics of the subwoofers.