Home
Travel
10 Things to do in Milan, Italy for First Time Visitors
Prev Article Next Article 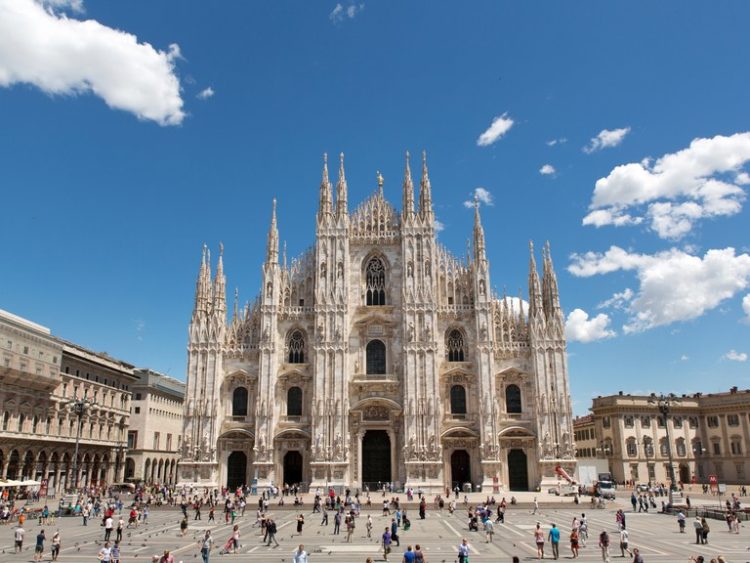 If you’ve never been to Italy, you’re probably very excited about the chance to go and experience things that you might not have ever seen before. There’s no doubt that if you saw everything you wanted to see in Italy, you’d basically have to move there. If you’re on a schedule, you might want to check out this list of 10 places to visit in the region. These 10 places represent a lot of different interests and provide a good cross-section of the types of attractions the country has to offer.

If you’re a history buff, you’re going to love this place. Built during Medieval times, this castle served as a fortress for many years before finally being turned into a museum. If you’re more of an art fanatic, you’ll love it just as much because it has art from both Michelangelo and DaVinci inside it.

This one is all about shopping at some of the best stores that Italy has to offer, not to mention experiencing some of the finest dining that the country can produce. Granted, when you first look at it, it doesn’t look like a place where you would go shopping but that’s precisely what it is. The beauty of it all is that it’s all housed in a 19th century building.

This is the church that is home to The Last Supper, by DaVinci. That’s reason enough for most people to flock there. It’s also one of the best places to visit if you simply love old churches and you feel drawn to them. There is every chance that once you get here, you really won’t want to leave.

This building seems to have it all, especially if you’re a fan of the Arts. Built during the 18th century, this building serves many purposes. First and foremost, it is a theater. As such, many ballets and operas are staged here. That being said, the building also serves as a music library and museum.

First and foremost, this is a park where you can simply walk around and gather your thoughts. However, it also incorporates a theater, an aquarium, and even a library. If you’re looking for a relaxing place to spend the afternoon, it doesn’t get much better than this.

This was a famous haunt of Napoleon. People that love history will obviously enjoy having the opportunity to make a stop there and see why he favored the place so, not to mention having the realization that they are standing in a location that is indeed steeped in history all its own.

This is a building built in the 18th century. If you want to see what royalty lived like back then, you might be surprised to know that it still qualifies as something quite extravagant, even by today’s standards. If you’re in doubt, take a tour of the building and witness its vast hallways and staircases that seem to ascend right up into Heaven.

It wouldn’t be a trip to Italy without taking the time to stop in one of the most historic city squares that you can find anywhere in the region. You may not see a lot on this particular stop, at least not as far as your eyes are concerned. That being said, simply knowing that you are standing in a place that has been so relevant to the history of not only Italy, but of the world, is something that quite literally takes your breath away.

Some people might it find morbid to visit a cemetery, but others find some type of serenity in these areas. In this particular case, you might be interested to know that many of the funerary sculptures were actually designed by local architects that were famous during their time.

Here, you can see not only important matches, but also visit the museum that is housed on the grounds and even get stadium tours. If you love soccer, this is a stop that you just have to make or you’ll never forgive yourself.