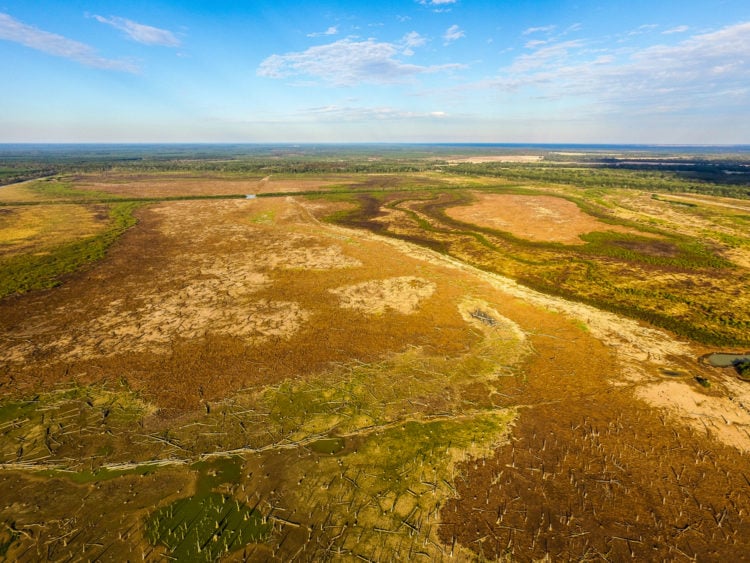 In every state, there are both good and bad places to live, and this certainly applies to Louisiana. The factors that determine whether an area is considered desirable or undesirable include crime rates, education, economic issues, and a lack of things for people to do in their area. Most people will choose to live in the best areas and avoid the worst areas. However, there are pros and cons to every location. To help you make an informed decision about where you should or should not live, here are the 20 worst places in Louisiana. 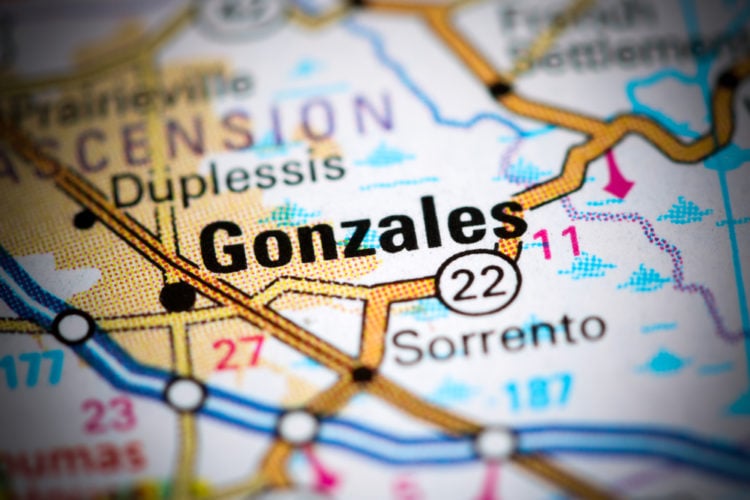 Gonzales is a suburb of Baton Rouge, and it has a population of 10,667. Property crime is a big problem in Gonzales, as crime statistics show that Gonzales has the 10th most property crimes anywhere in Louisiana. Although crime rates are high, Gonzales has some plus points that you should consider before discounting it as a place to live. Employment opportunities are plentiful in a wide range of sectors, there are plenty of leisure activities to enjoy, the community is diverse, and the public schools are highly-rated. 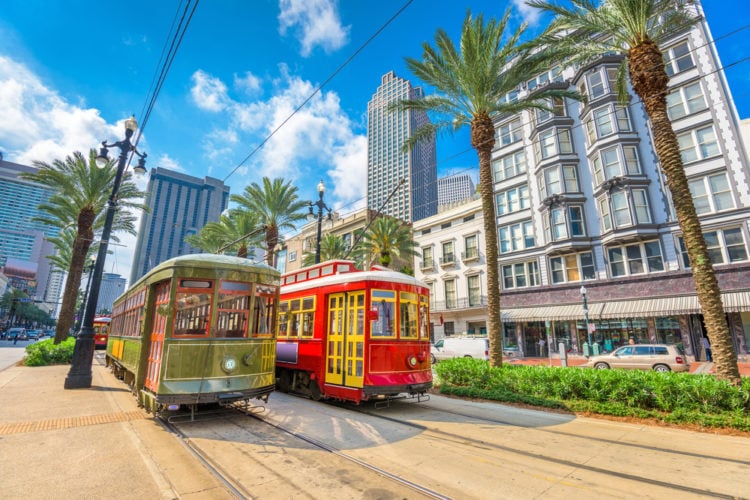 New Orleans sits alongside the Mississippi River, and it is the most populous city in Louisiana. It is known for Creole cuisine, the music scene, and as the host of many events and festivals, including Mardi Gras. New Orleans is amongst the most dangerous places to live in Louisiana, as it ranks in 15th position overall for crime rates. Violent crimes are the bigger issue, as the city has the eighth-highest violent crimes in the state, while it only has the 26th most property crimes. Another issue in this city is the public schools, as they are ranked as below average. Also, the cost of living is high, which is an issue for many people. On the other hand, it is a great place to live if you enjoy a lively night scene and eating out. 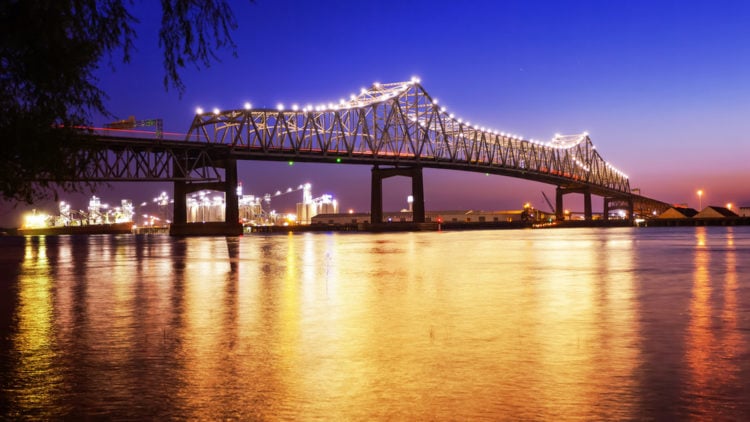 Baton Rouge is the capital of Louisiana, and it has a population of 225,362. It is a city of two halves, as it has both plus points and negative features. Crime is also a significant problem in Baton Rouge as it is the 14th most dangerous place to live in Louisiana. Other negatives are poor educational opportunities and a lack of diversity in the job market. On the other hand, there are good transport links, the community is diverse, the cost of living is reasonable, and the city has amazing nightlife. Therefore, although it is considered an undesirable place by many, it offers a lifestyle that will suit others. 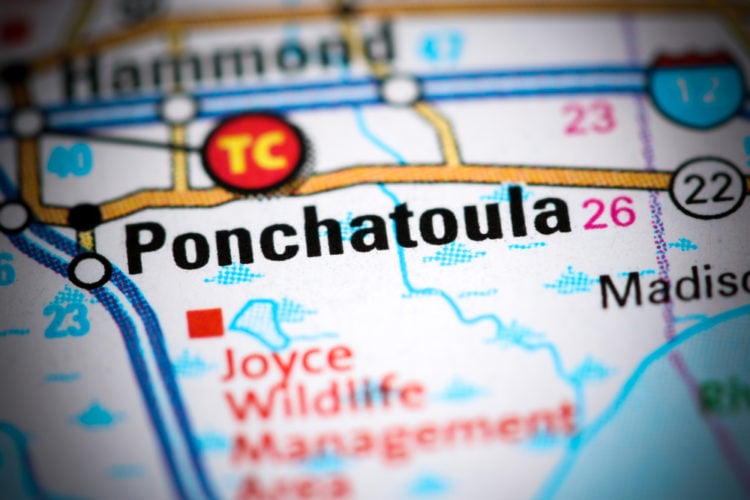 Ponchatoula has the unfortunate title of the 11th most dangerous location in Louisiana, which is why it is included on the list. Another negative element of life in this Tangipahoa Parish town is the poor transport links, so people who do not drive may struggle to get around the local area. Ponchatoula is saved from appearing higher up the list by its positive features, including above-average public schools and a diverse community. 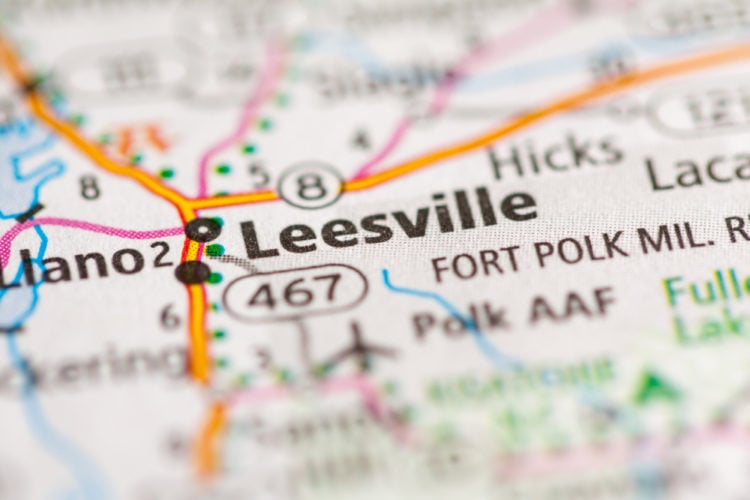 As it is the tenth-most dangerous place to live in Louisiana, Leesville is deserving of its place on the list. The lack of employment opportunities and limited outdoor activities are also good reasons that Leesville is included. However, it does not mean that everything about this town in Vernon Parish is bad, as it also has some positive features. Some plus points in this location’s favor are the above-average public schools, community diversity, a vibrant nightlife, and a range of activities for families to enjoy. 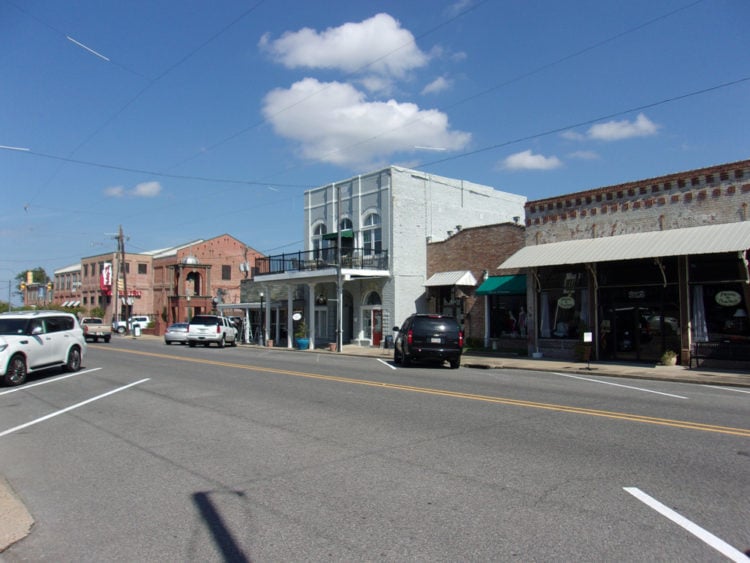 Property crime is a significant issue in West Monroe, as it has the fourth-most crimes of this type in the state. Although violent crime is less of an issue, West Monroe still ranks as the ninth-most dangerous place to live in Louisiana. Another issue is the lack of employment opportunities in a variety of sectors. On the plus side, there is a lively night scene, and the public schools are rated above-average. West Monroe has a population of 12,756, and it is in Ouachita Parish, says Niche. 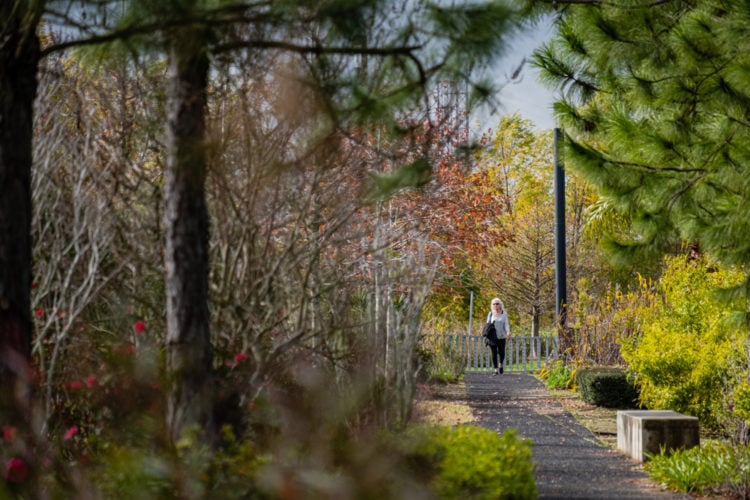 Walker is a suburb of Baton Rouge in Livingston Parish that has a population of 6,250. It is only because of Walker’s positive features that it does not rank higher on the list, as it is the ninth-most dangerous place in Louisiana. Other issues in the area include poor transport links, a lack of nightlife, and limited health and fitness facilities. However, the positive features of Walker include highly-rated schools, good employment opportunities, and community diversity. It also has a good range of entertainment and leisure options for residents to enjoy in their free time. 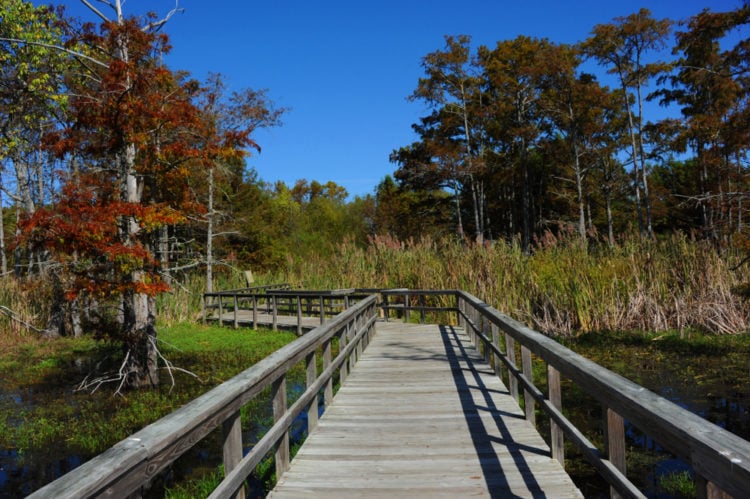 One of the primary reasons that Monroe is on this list is that it is the seventh-most dangerous city in the state based on crime statistics. Although it only has the 13th most property crimes, it has the sixth-highest violent crime rate in Louisiana. Other problems are the lack of job opportunities, few outdoor spaces to enjoy, and limited family-oriented activities. However, there are some positive features about this location, including above-average schools, community diversity, and vibrant nightlife. Monroe is in Ouachita Parish, and it is home to 48,663 people. 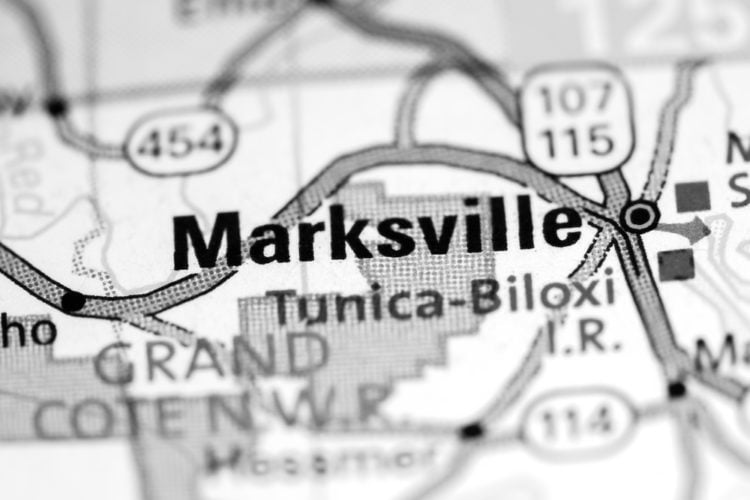 Marksville is in Avoyelles Parish, and it is home to 5,476 residents. It has landed this place on the list due to the high crime rates and lack of safety. The statistics show that Marksville is the fourth-most dangerous place in the state, as it has the second-highest violent crime rate and the seventh-most property crimes. Crime is far from the only problem, as the public schools perform poorly, there are limited employment opportunities, and there is a lack of family-oriented and outdoor activities in the area. 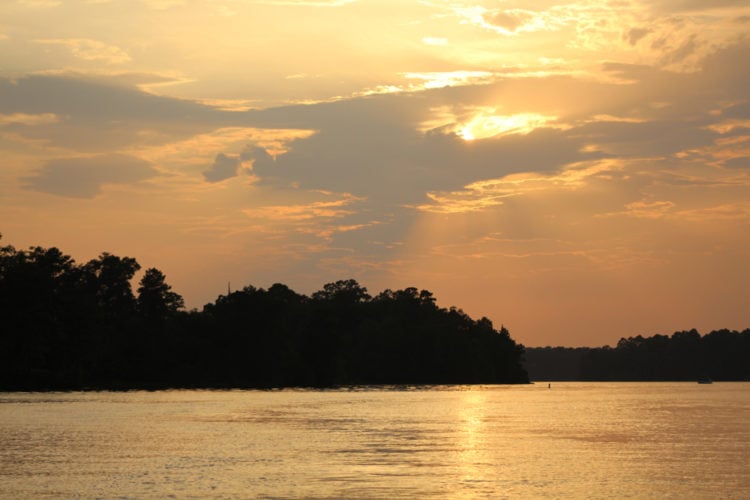 The biggest problem in Alexandria is probably the crime rates. It has the third-most property crimes and the fifth-most violent crimes, so it ranks as the third-most dangerous city in Louisiana overall. Many people find it difficult to find work in Alexandria and the surrounding area, as there is a lack of job opportunities. On the other hand, the public schools are above-average, and residents of Alexandria enjoy a choice of leisure and entertainment options. 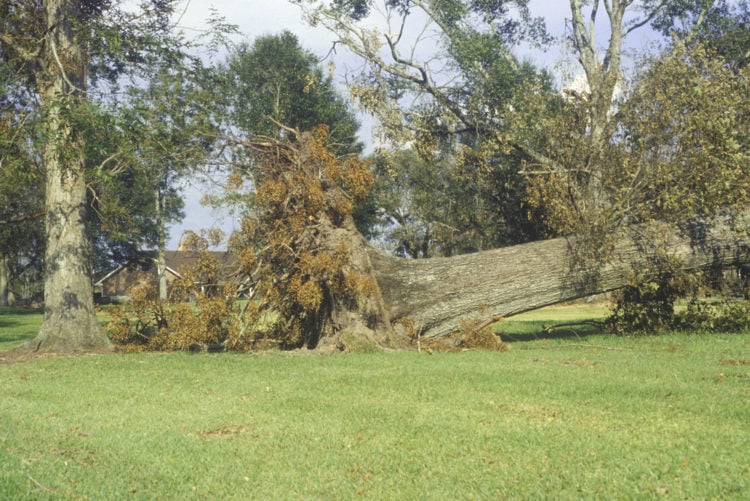 Jeanerette makes it into the top ten worst places to live in Louisiana due to the economic problems in the area. It is in the unfortunate position of having the highest unemployment rate in the state, at 25.8 percent. That means that more than a quarter of Jeanerette’s residents are out of work. Even those who are in work are not at much of a financial advantage, as the median household income is one of the lowest in the state. 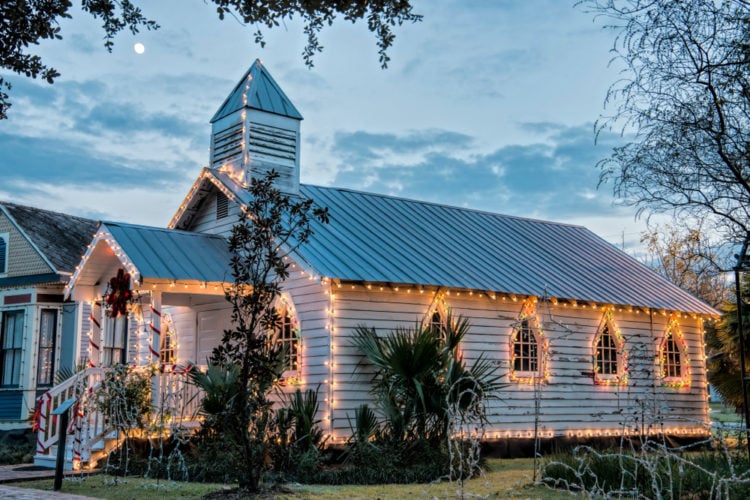 The only surprising thing is that Opelousas does not rank higher on the list of the worst places to live in Louisiana, as it is the second-most dangerous place to live in the state. It also has the most violent crimes in Louisiana. Furthermore, Opelousas has the 12th worst median home value in the state, and the public schools are significantly below average. 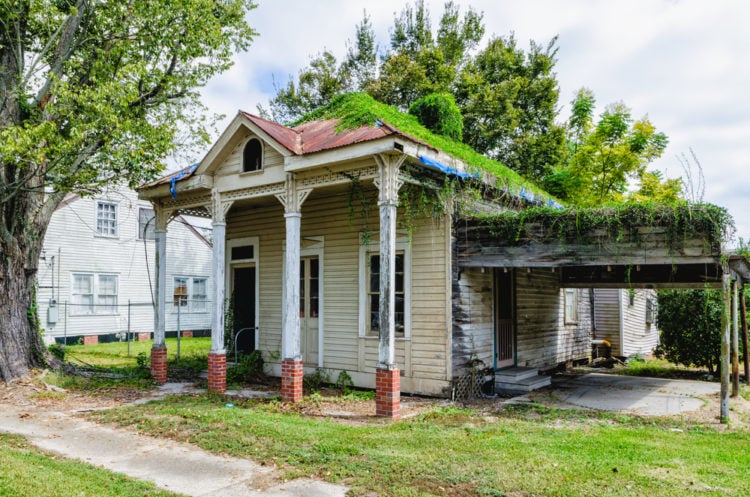 Economic issues are Donaldsonville’s biggest problem. Not only is the median household income very low, but it also has an unemployment rate of 14.3 percent, which is the fifth-worst in the state. The combination of these factors means that many of Donaldsonville’s residents are living below the poverty line. It is also worth noting that Donaldsonville is in the ten worst places to live in Louisiana for women, according to Zippia. Not only do women make less than half of the salary of their male counterparts, but 40.3 percent of women in Donaldsonville are living in poverty. 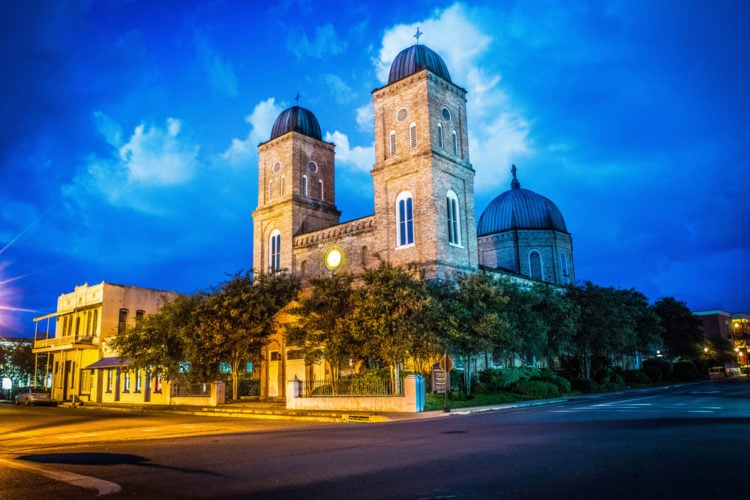 Overall, Natchitoches is the 12th most dangerous place to live in Louisiana. Therefore, crime and safety are significant issues in this location. It is also one of the poorest locations in Louisiana, as a staggering 46.8 percent of people who live in Natchitoches are living below the poverty line. The unemployment rate is 17.2 percent, and those in work have low salaries. It is also worth noting that this location is not a great choice for families due to the poorly-rated schools and the lack of family activities in the area. 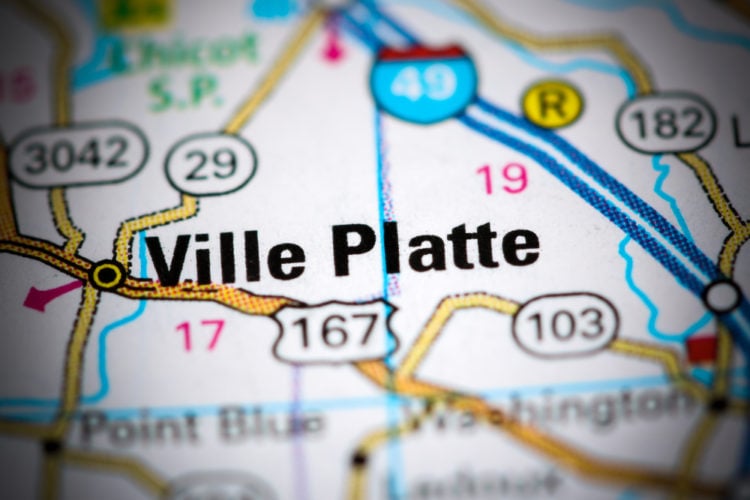 Despite not being considered one of the most dangerous places to live in Louisiana, Ville Platte has many other issues that make it one of the worst locations in which to live in Louisiana. The biggest problem is the lack of employment opportunities. It has the second-highest unemployment rate in Louisiana, at 20.2 percent. Those who are in work have salaries that are significantly below the national average, and the median home value is the fifth-lowest in the state. Further problems include limited activities for families, a lack of nightlife, and few outdoor spaces.

As the sixth-most dangerous place to live in Louisiana, Crowley is deserving of its place on this list. Many of the 12,960 residents are underpaid, and 12.1 percent of the population is unemployed, which is the state’s seventh-worst unemployment rate. The median home value is also a sign of the area’s undesirability, as it is the 14th worst at $99,000. Furthermore, 48 percent of female residents are living in poverty, and they earn less than two-thirds of the salaries of men in the same location. Other negative aspects of life in Crowley include a lack of nightlife and a lack of health and fitness amenities.

It is no surprise to see Hammond on a list of the worst places to live in Louisiana, as the FBI statistics show that it is the most dangerous place to live in the state. It has the highest number of property crimes anywhere in Louisiana, and it also has the fourth-most violent crimes. Unfortunately, the crime rate is not the only problem in Hammond. It is also not the best option for families, as the area’s education system is underfunded compared to other areas in Louisiana. Some of the positive aspects of life in Hammond are the outdoor activities and the nightlife. 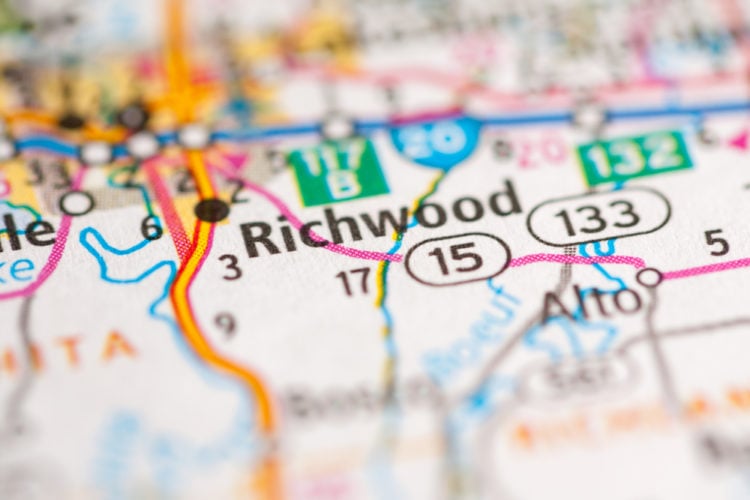 Although Richwood is not one of the most dangerous places to live in Louisiana, there are other reasons why this city is considered an undesirable place in which to live. The most notable problem in the area is unemployment, as 11.1 percent of the population are unemployed, which is the state’s 11th highest unemployment rate. Another issue is the low property prices, which reflect demand and desirability. At $47,200, Richwood has the lowest median home value in Louisiana. 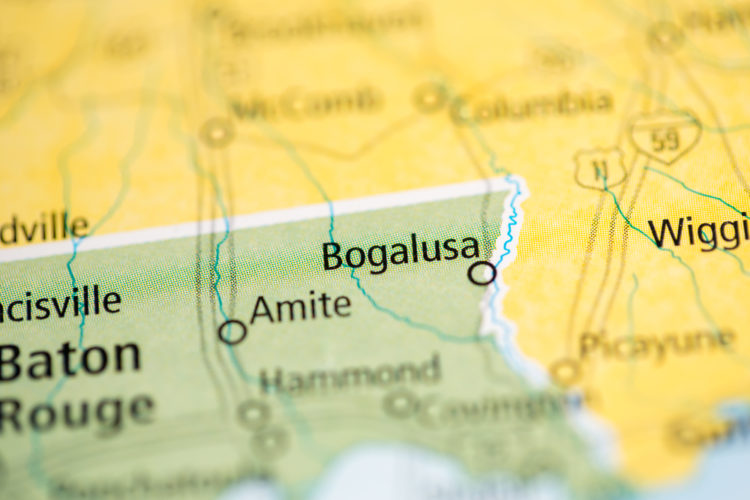 Crime is another reason that Bogalusa is ranked so highly on this list, as it is the 13th most dangerous place to live in Louisiana. It has the ninth-most violent crimes and the 20th most property crimes. Bogalusa also has the fourth-worst unemployment rate and the fourth-worst median home value in the state. A further sign that the area is becoming increasingly undesirable is that Bogalusa has seen a nine percent decrease in its population over a period of 15 years.

According to Road Snacks, Bastrop is the worst place to live in Louisiana. One of the primary reasons that Bastrop is the worst place to live in the state is that it has the fifth-most crimes. When looking at the different types of crimes, it has the second-most property crimes and seventh-most violent crimes. Sadly, that is not the only issue in this northeastern Louisiana location that is home to 10,521 people. Another problem is that one in five properties is empty, which is surprising considering the median home value is the sixth-lowest in the state. 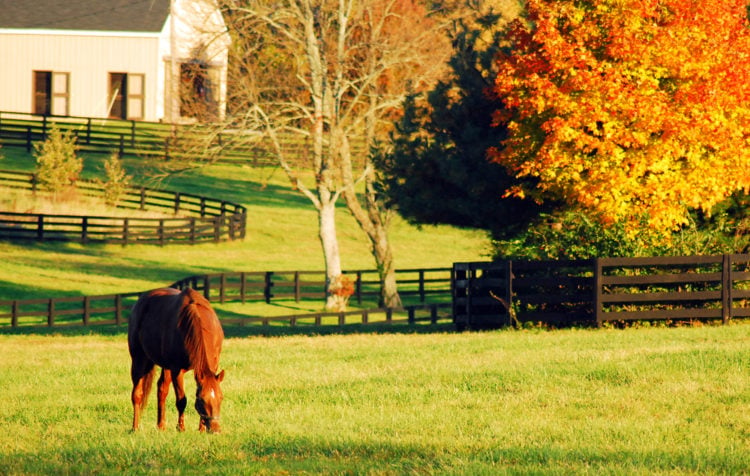 Are you considering a move to the state of Kentucky? If… 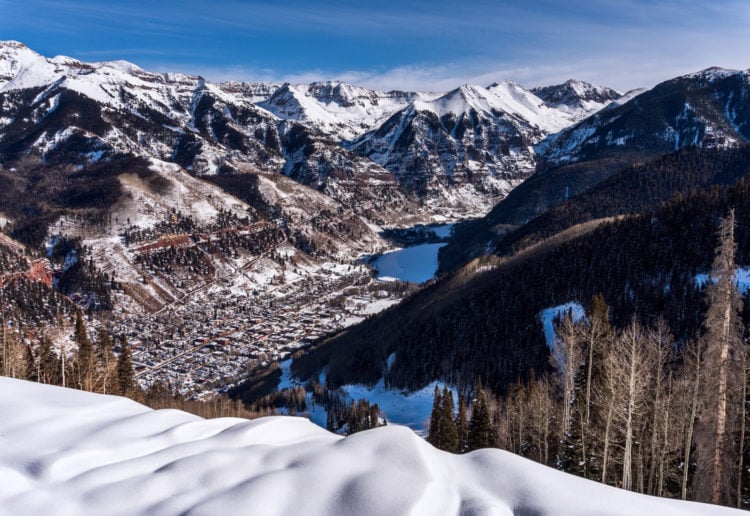 Everyone has different preferences when it comes to the type of… 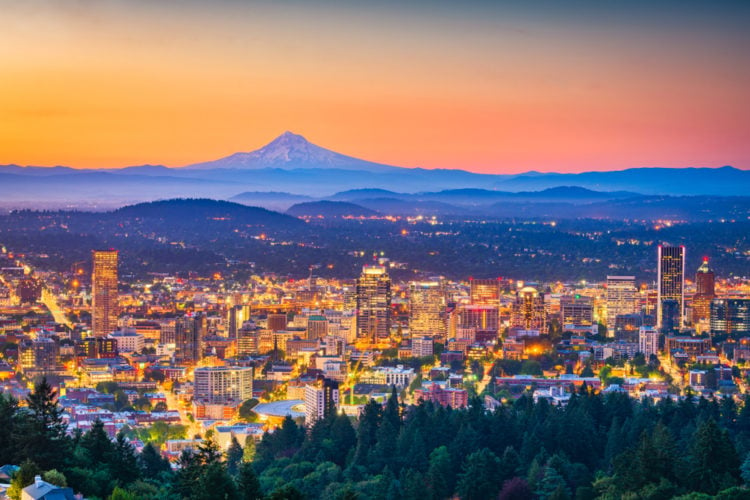 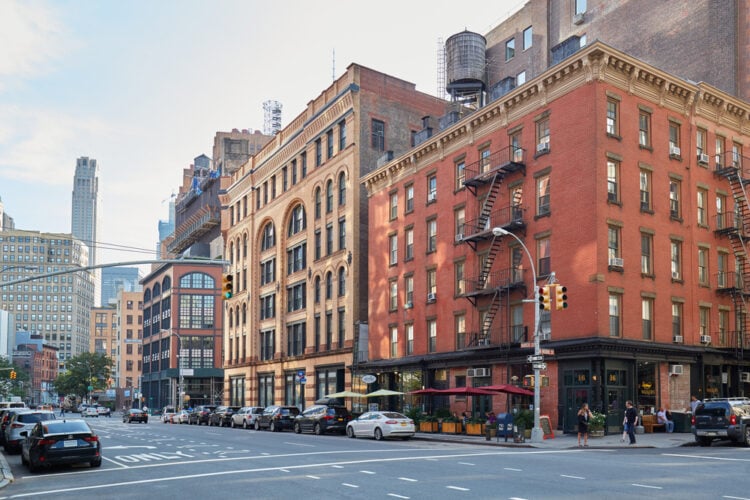 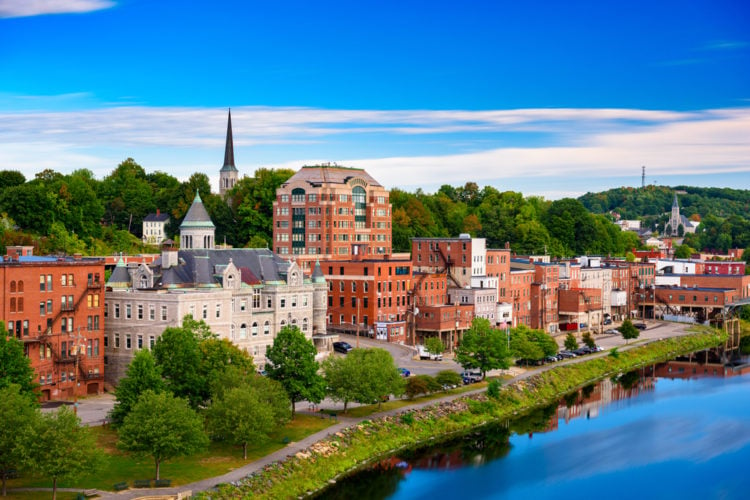 Maine offers some wonderful places to live, but this state on… 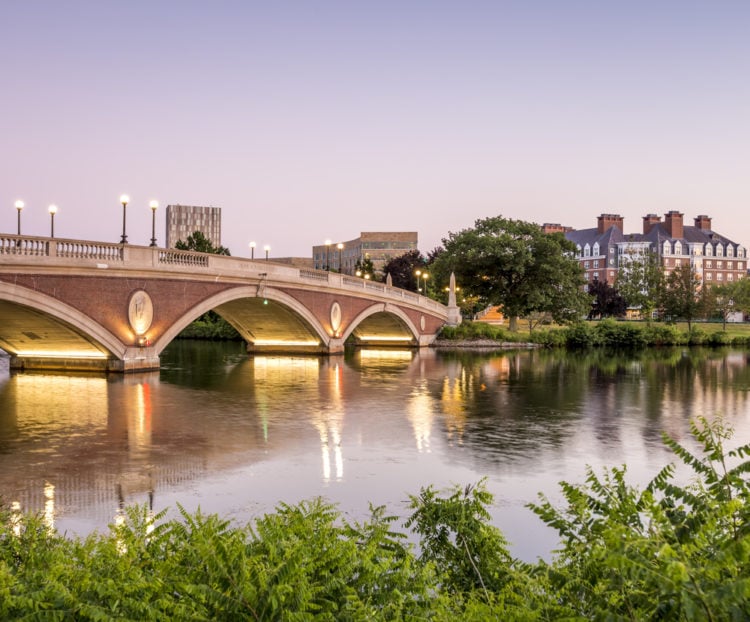 They say that behind every good teacher is a great leader….