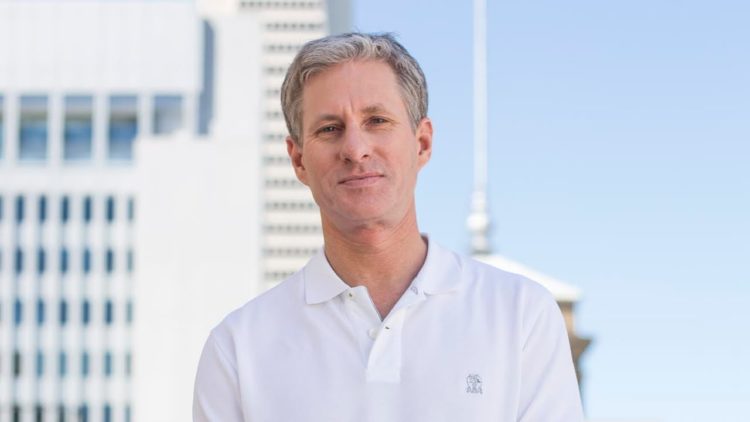 In recent news, you may have seen the popularity of cryptocurrencies like Bitcoin skyrocket. Many people are making a fortune as their digital currency increases in value exponentially. However, these types of decentralized currencies are not trusted by most governments, corporations, and banks. This is where Chris Larsen saw a market opportunity, bringing him to found Ripple Labs, Inc. in 2012.

Ripple Labs, Inc. produced Ripple, a software-based currency exchange network that allows quick, global transactions of any size, and practically for free. It facilitates this process using XRP, a native cryptocurrency also known as ‘ripples’. So far, the company has grown quite rapidly since its inception. Chris Larsen’s first business was E-Loan, a hugely popular online mortgage lender that he co-founded in 1997. He eventually left the business as it was acquired by Banco Popular in 2005. Next, he founded the Prosper Marketplace. This peer-to-peer lending service served him well until 2012, when he stepped down from the CEO position.

Larsen is one of the most successful entrepreneurs of our time. His financial services and products are virtually unmatched by any other companies. But who is the Executive Chairman of Ripple? If you want to learn more about him, read on to find out about Ten Things You Didn’t Know about Chris Larsen.

Before Chris Larsen started E-Loan, one’s FICO scores were not available easily (except for the required-by-law once per year free report). However, he quickly mitigated this problem by offering free FICO scores to all E-Loan members. Under his guidance, E-Loan’s market passed about $1 billion through their system in a single fiscal year.

Larsen founded Prosper in 2006. It was the very first peer-to-peer lending service, and was completely unlike anything that had ever been created before. At first, a lot of people doubted that this site would be a successful venture. However, Larsen’s skill at being an executive brought Prosper into the public eye and made it a successful organization.

He Was Briefly Richer than Mark Zuckerberg

Just this January, fluctuating cryptocurrency prices brought Chris Larsen’s net worth to about $59 billion at one point. This brought him to fifth place on Forbes’ list of the world’s richest people, just above Mark Zuckerberg (Facebook founder). However, the volatility of cryptocurrency didn’t let it last long, and he soon dropped back below Zuckerberg on the list.

He Used to be an International Auditor

When Chris Larsen worked for Chevron in the 80s, he was often sent on auditing missions. He was even sent to other countries to examine the finances of specific branches. Companies he visited during his business travels included Indonesia, Ecuador, and Brazil.

For would-be entrepreneurs, Chris Larsen recommends that they just “take the plunge”. This consequences for failure would be minimal, whereas not trying at all will guarantee that you will not achieve success. Plus, even if something isn’t quite right, you can still just give it a shot. The worst that happens is failure – which is just a lesson anyway.

He Is Bringing the “Holy Grail” to the World

Chris Larsen defines the ‘holy grail’ of financial services as interoperability. At the moment, payments are divided up by companies and countries, creating extra costs. One of Larsen’s main goals with Ripple is to seamlessly integrate all payment methods. He believes that in doing so he will bring the Internet of Value to its full fruition, as well as the Internet of Things.

He Improved on Bitcoin

The Executive Chairman admits that Bitcoin had the initial revolution – creating a decentralized, blockchain-based currency that could be transferred without fees, as well as instantaneously. Ripple makes the advantages of Bitcoin available to everyone, serving as the middleman for many banks and corporations. The best part about Ripple in the eyes of these companies is that they can hold only standard currency, reap the benefits of digital currency, and will never have to buy a single Bitcoin.

He Was Named 2004 Alumnus of the Year

In their list of honors from 2004, San Francisco State University included Chris Larsen as the Alumnus of the Year. They cited his huge success with E-Loan as the main factor in his being chosen for the honor. In addition, they cited some of his philanthropic work and advocation for consumer privacy as other factors.

He Keeps it Simple

One of the main flaws that Chris Larsen has noticed in many businesses is the tendency to overcomplicate things. As an entrepreneur, the best thing to do is develop a simple formula for turning prospects into converted sales. Rather than trying to introduce a big, complicated idea, it is easier to bring about change by simplifying it as much as possible.

Chris Larsen is partially responsible for the founding of Californians for Privacy Now, a coalition designed for protecting the financial privacy of all Californians. He even put up $1 million of his own cash towards this program, showing his commitment to the idea. Larsen will not rest until all Californians have the best financial information security that they can get.