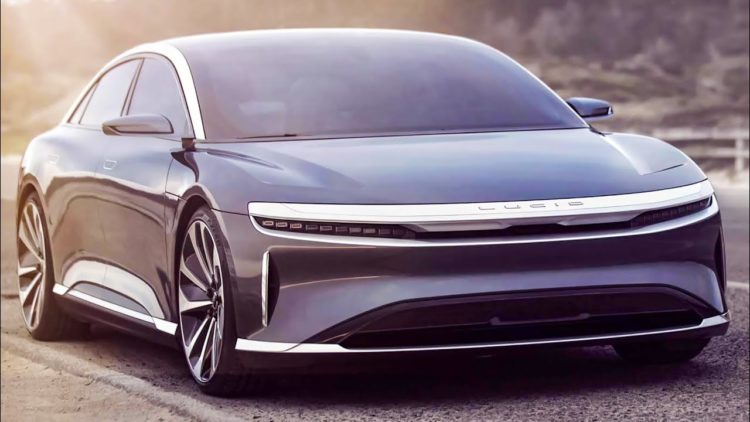 When Lucid Motors announced the pending release of its 2022 model called the Air Dream Edition, their high hopes were met with no inkling of disappointment on the horizon. Consumers have responded with the equivalent of a thumbs up with the high levels of interest and somewhat of a frenzy to gain the privilege of ownership. What’s all the hype about? The new Air Dream Edition is like something out of the pages of a fantasy novel. When we first caught wind of the new concept, it made us step back and think about it before giving in to the possibility that such an automobile is possible in the real world.

The 2022 Lucid Air Dream Edition is now a reality

Car and Driver shared the hard-to-believe details of a futuristic new vehicle from a first-time automaker. The Air Dream Edition is an all-electric sedan which technologically, is nothing new. The really good part is coming. The power system produces an astronomical 1111 horsepower with a driving range of 471 miles on a single full charge. This was the piece that was hard to wrap my mind around. These are the statistics for the are in its Performance spec. In the Range spec, those figures go up to 520 miles with a horsepower rating of 933. These are the specifications that make the electric sedan sound like something out of the future instead of the product of a new auto manufacturer.

The drive train features two elective drive units that each generate 670 horsepower. The amazing technology and engineering have delivered two small units that each weigh 163 pounds. they’re small enough to stuff in a carry-on bag at the airport. The power generated is the equivalent of 3 Hellcat V-8 6.2-liter supercharged engines. The battery pack is a 112 kWh system that gets up to 125 MPG3. The system is considerably heavier than the motors weighing about 1,500 pounds. All parts of the power train are the in-house design and build of Lucid. The Lucid Air Dream Edition’s battery system heats up, so the engineers needed to create powertrain components that are smaller and more resistant to heat.

The ultimate in performance

We’ve digested the information about the drive train but there’s more to it. The automaker claims that the Air Dream Edition has a top speed of 168 mph for the P Edition. It can reach up 60 mph from a standstill in a mere 2.5 seconds. Lucid maximizes Range with the R edition. That makes sense as P stands for performance and R for range. The greatest challenges faced by consumers are whether they prefer the version that features optimized acceleration and speed, or if their preference is for the maximum range.

A new rival on the EV scene

Lucid Motors is set to give Tesla, its closest competitor a run for its money. The new Air Dream boasts a claimed maximum range that tops Tesla’s highest range performer by a whopping 115 miles, according to Sky.com. Another interesting fact that we learned is that the Air Dream Edition is being offered with exclusive interior and exterior trim. The company states that every available upgrade will be afforded each of its two models. Consumers with a sincere interest in buying are invited to jump on the website and design their vehicles

The Lucid Air Dream Edition is currently in production but not yet ready for delivery. The cost is set at $169,000 for the 2022 model year. The problem is that they’ve all sold out. News spreads fast and all of the limited-edition vehicles have been spoken for with eager buyers slapping down their money for the privilege of ownership. Lucid has offered that there are still a few of the Grand Touring models available for a reservation price of $139,000. Delivery is scheduled for some time in the early part of 2022. The Touring cars are available at a reservation price of $77,300 and will be available during the latter part of 2022. No exact dates have been provided so far.

The world is changing around us at a rapid pace, and it can be hard to keep up with all the new technologies that are emerging. Automotive technology is turning the corner and embracing new advancements that will help us to cut down on the dangerous and harmful emissions that are threatening the health of the planet. Lucid Motors is a new automaker but it is working on a vehicle that takes EV technology to its current known limits. the production of the 2022 Lucid Air Dream Edition is evidence that you don’t have to be in business for decades to take automotive technology into a new and advanced stage of development. So far, it has completely sold out all of the planned examples of the Air Dream Edition in advance of the delivery of the first model of the limited edition. It’s a vehicle that has the potential to change the auto industry by setting the bar so high that other automakers will struggle to keep up. Still, the advanced luxury electric sedan is offered at a price that is not affordable by the masses, who will continue to defer to brands that are more affordably priced.