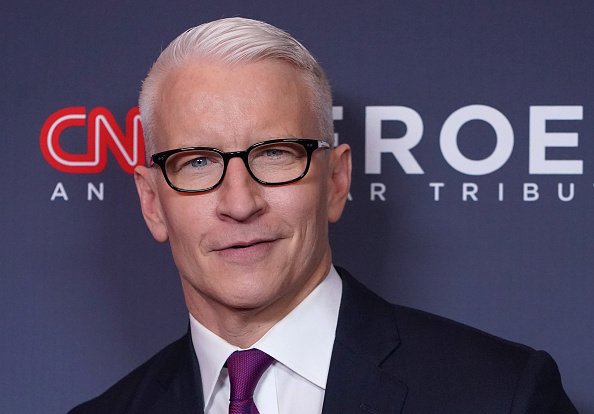 Anderson Cooper should be a familiar face for a lot of people out there. After all, he is the host of Anderson Cooper 360°, which is a CNN news show broadcast in the United States and beyond. However, it is important to note that Cooper has been involved with various other projects over the course of his career, which would explain why he is estimated to have a current net worth of $200 million and considered the richest news anchor on the planet.

For starters, Cooper has never been a stranger to the media. This is because he is the son of Gloria Vanderbilt, who is a very well-known figure in her own right. For example, she was the child at the center of the child custody trial that was fought out by her mother Gloria Morgan Vanderbilt and her paternal aunt Gertrude Vanderbilt Whitney, which received so much press because of its sensational nature that it was called “the trial of the century” by a frenzied press. However, it is important to note that Gloria Vanderbilt is much more than a heiress who was fought over in the 1930s, seeing as how she has been an artist, an author, an actress, and even a fashion designer.

How Did Anderson Cooper Reach His Current Net Worth?

Due to this, Cooper became acquainted with the media when he was still a child. For example, his first appearance on The Tonight Show happened in 1970 when he was still no more than three. Likewise, he modeled through Ford Models when he was between the ages of 10 and 13. With that said, it wasn’t until Cooper’s older brother Carter Vanderbilt Cooper committed suicide in 1988 that Cooper became interested in journalism because the incident left him with questions about the circumstances that brought about such incidents as well as how he would fare under such circumstances.

Like a lot of people, Cooper found it a serious challenge to break into on-air reporting. However, he took initiative by getting one of his friends to make him a fake press pass, which he used to enter Myanmar where he created his own news segments focused on the students fighting the government. Cooper was able to sell these news segments to Channel One, which bought him enough credibility for him to sell further news segments about his experiences when he proceeded to study the Vietnamese language in Vietnam. Eventually, Cooper went on to report in a number of war-torn regions situated all around the world, though that came to an end when he realized that he was becoming desensitized to the horrors that he had witnessed.

Still, Cooper’s experiences raised his profile by a significant margin, which was enough to secure him important positions at various TV networks. He has worked in a number of TV programs besides broadcast news, but he tends to be best-known because of his career as a CNN journalist. Moreover, he has proven to be popular in said role, as shown by the fact that he is believed to have signed a lucrative contract with CNN in 2007 that raised his salary to $4 million on an annual basis as well as allowing him to work with 60 Minutes.

Since that time, Cooper has continued to prosper in his chosen career, which is why he is now believed to have a salary of $12 million on an annual basis. For instance, he was the one who moderated the presidential election debate between Hillary Clinton and Donald Trump. On top of this, Cooper has written one best-selling book that came out in 2006, which was focused on some of the places where he has reported over the course of his journalism career. Besides this, he has also co-written a memoir with his mother, which had a respectable performance upon release as well.

Summed up, Anderson Cooper is one of the figures who stand at the top of journalism. As a result, his earnings are commensurate with that kind of status. Combined with his other projects such as books and TV shows, it is no wonder that there are some estimates that put his current net worth as high as $200 million. However, it should be mentioned that there are more modest estimates as well, which is unsurprising because interested individuals have to base their calculations on limited information.