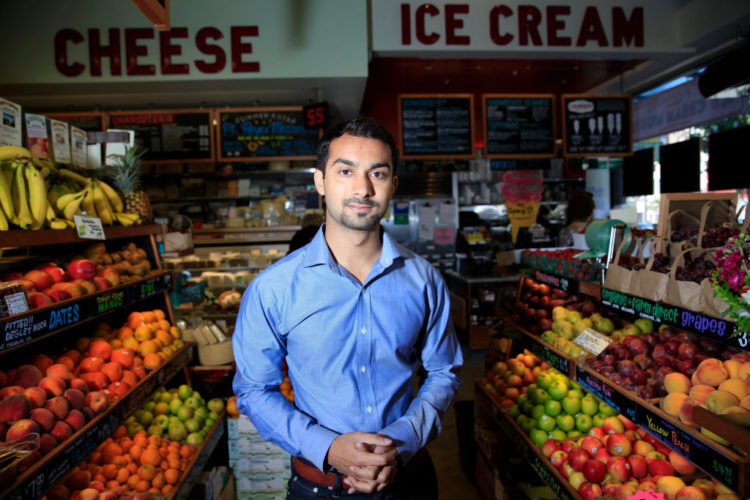 Apoorva Mehta is one of the youngest billionaires in the world today. He is the chief executive officer of a company called Instacart. He has achieved much in a short time. Mr. Mehta is a remarkable executive who serves as a good role model for young entrepreneurs who are just getting started in their business endeavors. We were curious about how he came to reach such high levels of success in the business world so quickly. After looking into his personal and career history, we made some interesting discoveries to share with you. Here are 10 things you probably didn’t know about Apoorva Mehta that you might find inspiring.

1. He is a Canadian citizen

According to Wikipedia, Mr. Mehta is an Indian-Canadian citizen. He was born in India but moved to Canada where he founded his highly successful company called Instacart. He has had an interesting and colorful life before moving to a North American country. He relocated to Canada at the age of 14, where he continued his education.

Mr. Mehta was born in the country of India in 1986. He will turn 35 in 2021. He didn’t grow up in the country though. While he was still an infant, his parents moved to the country of Libya. He spent most of his early childhood in this country until his family made yet another major move. They relocated to Canada when Apoorva was just 14 years old. He has seen a lot of the world.

3. He is an engineer

Mr. Mehta was educated in Canada. After graduating from high school he was accepted at the University of Waterloo. He studied electrical engineering at the institution. He graduated from there with his degree in electrical engineering. After graduating from college, Apoorva Mehta was hired to work at Blackberry as a design engineer. His next job was at Qualcomm in the same profession. While at these two companies, working in the design area in mobile technology, he gained a lot of hands-on experience but he also learned how large businesses operate and gained insights into how big business works.

Apoorva Mehta is one of the youngest self-made billionaires in the world today. He established a company called Instacart. The company specializes in the delivery of groceries. This was a timely venture that landed him as much business as he could handle due to the lockdowns that took place during the coronavirus pandemic. There was a high demand for grocery delivery services throughout the world. In the year 2020, Mr. Mehta became a billionaire and as of early 201, Instacart has a valuation of $39 billion.

5. He suffered massive failures before his current success

You could call Apoorva Mehta a serial entrepreneur. He is not only the founder of Instacart but also of some 20 assorted business startups. He is the kind of guy who just doesn’t give up. He moved to San Francisco, California in 2010, and launched 20 different startups within 2 years. Every one of them failed. This did not deter the determined young entrepreneur. He finally got it right with Instacart.

Instacart was Apoorva Mehta’s 21st business attempt. He tried to qualify for Y Combinator funding, but he didn’t make the deadline to get in. Later, he sent a partner of the group a pack of beer through his delivery service Instacart, and by some miracle, he was contacted and admitted to the program. Funding that he secured cost him only a ten percent stake in INstacart and today it’s worth an estimated $39 billion.

7. He worked for Amazon

According to his LinkedIn profile, Apoorva started a job at Amazon.com in 2008. This was after he left Qualcomm. He spent two years working in the fulfillment optimization SDE division of the retail giant. He worked on the fulfillment engine for the company to help improve the speed of delivery and efficiency for customers. He left Amazon in 2010 to pursue his dreams of becoming a business owner.

8. Apoorva has been with Instacart for 9 years

Mr. Mehta founded Instacart in June of 2012. He has remained in a leadership position at his business ever since. The company is located in San Francisco, California. Mehta learned the value of providing customers with fast and efficient services during his time at the Amazon fulfillment center. He put this knowledge to work for his startup and it has paid off in grand style. Instacart provides grocery delivery services for its customers very quickly.

9. He is the owner of a unicorn company

According to Forbes, at the age of 33, Apoorva Mehta found himself in the driver’s seat of a delivery service that has skyrocketed to an unbelievable level of success. The requirement for qualifying as a unicorn company is to have a valuation of at least $1 billion or more. Instacart has gone over and above this figure with 39 times the required value. Fundraising efforts brought in $225 million recently and the valuation jumped from $7.9 billion to $13.7 billion and it continued to increase exponentially. Over the past year, the volume of orders that Instacart receives has gone up by five hundred percent.

10. Apoorva Mehta is a solid example for entrepreneurs

If you’re a young entrepreneur without a lot of business experience, Apoorva Mehta may be a good example for you to follow. He started with very little, other than ambition and a belief in himself. He failed 20 times before he finally found a niche where his true talents could shine. His current real-time net worth is $3.5 billion at the age of 34. Today he is listed by Forbes as the number 859 richest billionaires for 201. He was also named to the 30 under 30 All-Star Alumni 2017 list, number 31 of America’s Richest Entrepreneurs Under 40 for 2016, to Forbes’ 30 Under 30 list in Food and Drink for 2015, and to the 30 Under 30 Consumer Technology list for 2013.