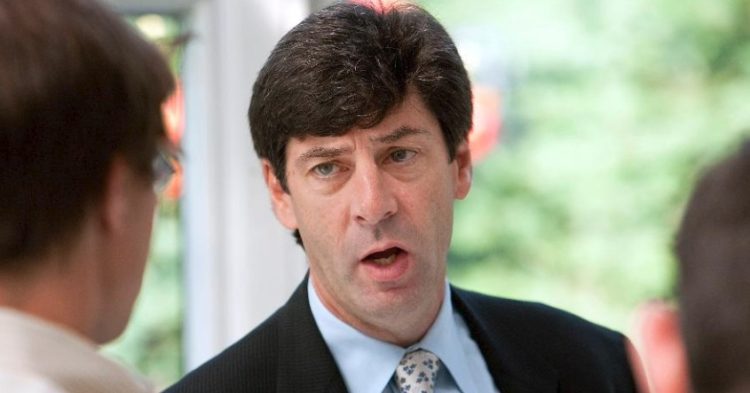 Steven Temares is the CEO of Bed Bath & Beyond. As such, he has the unenviable task of leading a corporation that is being hammered by Amazon and other factors, meaning that it will be interesting to see where his efforts will lead it. Here are 10 things that you may or may not have known about Steven Temares:

1. Born in the Bronx

Temares was born in the Bronx, which is one of the five boroughs that make up New York City. The borough is interesting in that it is divided into two sections by the Bronx River, with the result that the eastern section is flatter while the western section is hillier. Besides that, the Bronx can claim the distinction of being the one borough to have most of its territories situated on the U.S. mainland.

With that said, Temares was raised in Paramus, NJ, which is a suburb of New York City that is situated about 8 miles to the west of Upper Manhattan. Paradoxically, Paramus is famous for its shopping, but at the same time, it boasts some of the most restrictive Sunday laws that can be found in the United States.

Initially, Temares went to Rutgers University, where he went on to graduate with a Bachelor of Arts in 1980. Eventually, he went to the University of Pennsylvania as well, where he emerged from its Law School with a Juris Doctor degree in 1983.

Naturally, Temares became a lawyer. However, it should be mentioned that Temares became a real estate lawyer, which is important because law covers such a wide range of topics that interested individuals should never assume that lawyers who are very knowledgeable about a particular part of law will remain that knowledgeable when it comes to a very different part of law.

5. Has Been Bed Bath & Beyond Leadership Ever Since It Went Public

Eventually, Temares was hired by Bed Bath & Beyond in 1992, with the result that he has been at the corporation for more than 25 years. In fact, it is interesting to note that Temares has been a member of the corporation’s leadership ever since it went public in the same year.

6. Started Out in Real Estate Before Seeing Broadening of Responsibilities

In those earliest times, Temares served as the Director of Real Estate as well as General Counsel, which makes sense considering his then expertise and experience. Over time, his responsibilities broadened as he rose through the ranks, as shown by the fact that he has held titles such as COO and Executive Vice President.

7. One of Three Owners of Sky Blue FC

Currently, Temares is one of the three owners of Sky Blue FC, which is a professional soccer team that competed in Women’s Professional Soccer from 2009 to 2011 before starting to compete in the National Women’s Soccer League in 2013. The team is based in the township called Piscataway, which has much better educational as well as other facilities than what one might expect on initial consideration because of the presence of Rutgers University.

Bed Bath & Beyond is one of the numerous retailers that are being hammered by Amazon, which offers greater selection as well as greater convenience than what any one brick-and-mortar store can hope to match. Temares and the rest of the corporation’s leadership have been proactive in adapting to said circumstances, but so far, their results have been mixed at best. The CEO’s extensive experience means that he has played a key role in helping Bed Bath & Beyond adapt to other retail model changes, but it remains to be seen whether he will be successful this time around.

9. Wants to Be Viewed As the Expert for Home Merchandise

Part of Temares’s strategy is the desire for Bed Bath & Beyond to be viewed as the expert on home goods by interested individuals. Something that would presumably provide it with an edge versus more impersonal retailers.

On a related note, Temares has also commented on his desire to empower his employees to make the right choices. This can be seen in the individual store managers’ ability to provide support for local events, which is an example of local store initiative that other retailers have been encouraging in recent times as well.