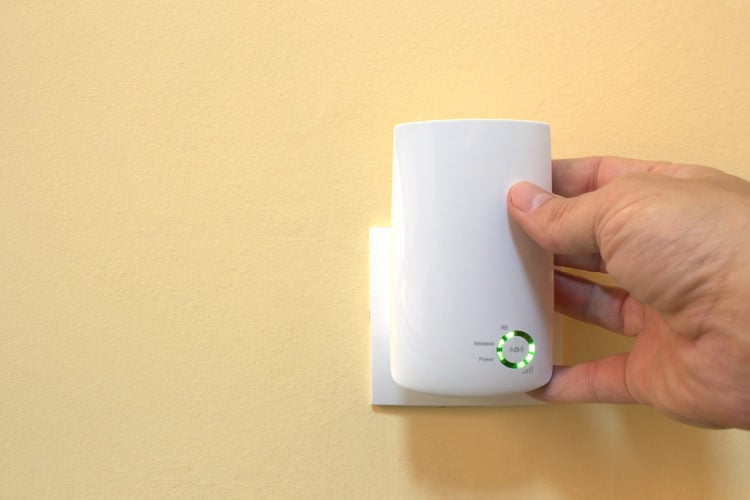 Since the birth of the internet, the demand for better signals has become a huge deal among users who seem to need access to the world everywhere they go. At first, the connection was by desktop before the arrival of laptops, smartphones, and tablets. Nowadays, WiFi has become an essential part of everyday life among people who need to have access to the internet at all times, no matter where they go. When the WiFi reception is great, all seems well. When the WiFi connection is terrible or non-existent, for some this is a disaster. Over the years, especially recently, the digital age has demanded there be no such thing as dead WiFi spots as the loss of that signal can also mean the loss of getting a task done that relies on a solid internet connection to do it. Most obvious in the past decade, companies that have sought to outdo each other in the name of best internet and WiFi service, there has been a tremendous array of products that have hit the market with devices such as wireless routers and WiFi extenders.

At first, wireless routers were good enough to help boost internet connection, but only if one had decent WiFi coverage. However, in areas that have low reception zones, there will be a need for a WiFi extender in order to ensure full coverage. WiFi extenders help cover all the gaps a wireless router may not be able to do. In remote communities and areas that are notorious for less performant internet connections, a decent WiFi extender can really make a difference to take an unstable network to stable. The beauty of a WiFi extender is being able to better connect with the internet world as it rebroadcasts the WiFi signal to provide coverage to other devices that has a lower reception. WiFi extenders are the closest thing to a perfect solution to wireless networks, especially if there are trouble spots in the home that could use a signal boost. However, not all WiFi extenders are created equal. There are some that are way better quality than others. Take a look at our list of ten best WiFi extenders money can buy and why.

For about $100.00 USD, the ASUS AX1800 offers a dual-band WiFi 6 extender that can handle up to 2,200 square feet coverage to ensure the internet connection remains stable with no dead zones. The WiFi 6 is considered the next generation for WiFi standard, so it has no trouble keeping up with a delivery of 80MHz bandwidth for better capacity and efficiency. The WiFi networking speed stands approximately 1,800Mbps between the 2.4GHz band and the 5GHz band. The AiMesh WiFi system offers seamless connection, room for room.

With three antennas and a top-notch signal system, if there are dead spots in the home, this device will put an end to that problem. It is easily among the best money can buy, which usually goes for $140.00 USD on the NETGEAR website. It can also be found through other outlets such as Amazon and Best Buy. This device extends the WiFi wireless coverage by up to 1800 square feet and can connect up to thirty devices that have a USB connection. The smart roaming uses your SSID name so there is no risk of disconnection, even as you move around within your home or office. The AC1900 WiFi speed allows a 1900Mbps performance by using a dual-band FastLane technology for the high demanding performance gamers and streamers need. These WiFi devices can work with any wireless router, gateway, or cable modem and have wired ethernet ports that allow gaming consoles, streaming players, and other wired devices to connect. It’s relatively easy to set up and has the NETGEAR WiFi Analyzer app for optimal location.

For better internet connection at home without the hassle of jumping back and forth between a normal WiFi network and a range extender’s EXT network, the DAP-X1870 model by D-Link would be one of a user’s best bets for seamless WiFi connection. WiFi mesh network systems accomplish what a wireless router can’t do. Furthermore, a unified protocol called EasyMesh plays nice with the WiFi system, even if there are different brands involved between all the WiFi devices, including modems and routers. The speed is there, as well as the stability of a WiFi signal. Normally, the D-Link DAP-X1870 sells at $116.00 USD.

When it comes to a decent WiFi extender, NETGEAR knows their stuff. The Mesh Range EX8000 model has a WiFi coverage of up to 2500 square feet and can connect up to fifty devices that rely on WiFi service. This includes the laptop, the smartphone, speakers, IP cameras, tablets, and so much more. The seamless smart roaming is a huge plus as it works with your existing network SSID name so there is no threat to being disconnected as you move around in your own home. The AC300 WiFi speed provides up to 3000Mbps speed performance by using the Tri-band fastlane3 technology. This even allows heavy-duty 4K HD streaming and multi-player gaming. The universal compatibility allows this device to work with any wireless router, gateway, or cable modem that has WiFi. Normally, this WiFi extender sells for about $60.00 USD.

The Tri-band speeds up to AC3000, which through its 5GHz WiFi delivers at a speed three times faster than the dual-band range extenders. This enables a full-strength WiFi connection without degradation. It works well with other WiFi routers and multi-user MIMO routers. This Linksys RE9000 eliminates WiFi dead zones throughout the home, including its garage and outside patio. Pair this up with the Max-Stream router will enable seamless roaming for a single WiFi network. Through this, all of your devices relying on a WiFi signal will connect automatically.

This TP-Link AC1750 won PC Magazine’s Editor’s Choice award when it first came out and still makes a good choice for homes wishing to boost its WiFi connection through an extender. This device can cover up to 2,000 square feet of range and has 450Mbps on 2.4GHz and 1300Mbps on 5GHz, which offers an AC1750Mbps in Wi-Fi speed. The three antennas are adjustable to provide optimal WiFi coverage and stable connections. The Gigabit Ethernet port acts as a wireless adapter to connect a wired device to your network at gigabit speed. The intelligent signal helps find the best possible locations for optimal WiFi coverage by showing the signal strength. It works with any WiFi router or wireless access point.

This NETGEAR WiFi extender has a 2,300 square foot coverage range and connects up to forty devices that rely on a solid WiFi connection. Through the usage of an existing network SSID name, there is no fear to lose connection as you move about freely in your home, room for room. With the wireless speed performance up to 2,200Mbps through the dual-band FastLane technology, this enables to perform high-definition streaming and online gaming without issue. This works with any wireless router, gateway, or modem that has WiFi. For optimal performance, be sure to use the NETGEAR WiFi Analyzer app.

Normally, the TP-Link RE505X sells for $90.00 USD, but sometimes one can luck out and get it for $50.00 USD. Not only is this WiFi extender among the more affordable options, but it supports the WiFi 6, which means it supports faster at more efficient speeds for the number of devices today’s generation uses that rely on a solid WiFi connection. The WiFi 6 has set a trend that forces its competitors to pick up their socks and keep up. As a consistent performer, the RE505X is as good as it gets and is powerful enough to offer an average download speed of no less than 140 megabits per second. This includes even providing sufficient speed and coverage where dead zones exist in the home. The average upload speed sits over 50Mbps and is fast enough to handle high-definition video calls. The setup of the TP-Link RE505X is remarkably easy and has a lengthy roster of additional features included in the app.

Sometimes, it’s not the WiFi accessibility inside the home that is the issue, but outside. The Orbi Outdoor WiFi Mesh Extender is designed to handle the great outdoors and is water-resistant. Usually priced between $330.00 USD to $380.00 USD, this high-performance WiFi extender can cover up to 2,500 square feet of optimal coverage, rain or shine. The award-winning tri-band mesh WiFi technology helps provide the fastest internet speeds available, ensuring there are no connectivity issues, even as you come and go inside and outside your own home. If you’re a streamer that wants to shoot content outside, this is an excellent WiFi extender for the money. Just because it’s called an Orbi Outdoor doesn’t mean it has to stay outside. It works just as beautiful inside the home too. And yes, it’s another NETGEAR product, but when it comes to WiFi extenders at their best, this company seems to be a really tough act to follow.

TP-Link has been a multiple award winner in customer satisfaction for wireless routers in 2017 and 2019 and has also earned high critical acclaim from customers for its Mesh WiFi extenders as well. For $200.00 USD, the Powerline Deco P9 series adds a third lane for data to travel to and fro by using a method similar to the Tri-band mesh router. However, this method creates an even stronger connection between Deco units and increases the overall performance of the home network. This device is powerful enough to eliminate signal interference that exists between thick walls and other objects. This WiFi extender can cover up to 6,000 square feet of space with a seamless high-speed connection that eliminates dead zones and operates even better than traditional WiFi boosters. This device also features parental controls to limit and monitor internet usage, regardless of whether you’re at home or not. This WiFi system works well with the Alexa system as the two can pair up and respond to your voice commands. For the best money can buy, TP-Link WiFi extenders have proven their weight in gold, as has the Deco P9. As far as tough acts to follow go, TP-Link is right up there with NETGEAR and that’s why it’s been mentioned on more than one occasion on this list. These two brands usually lead the pack when it comes to top-notch WiFi equipment. 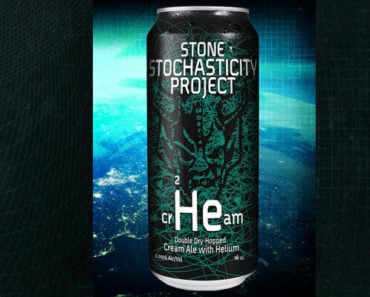 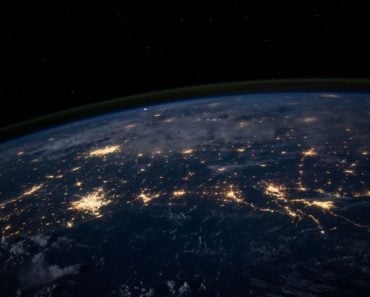 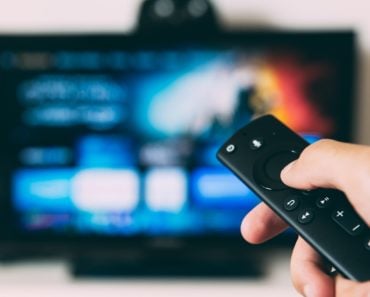 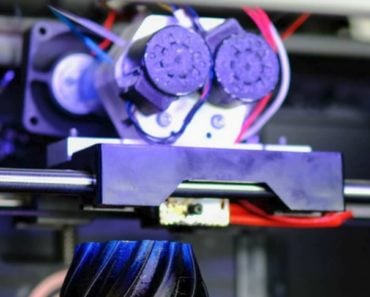 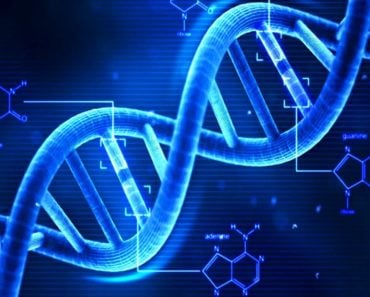 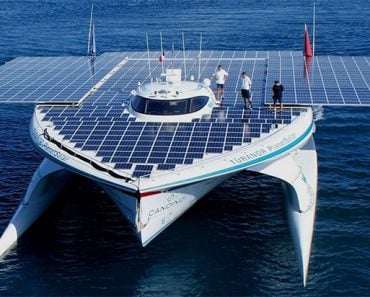